The use of facial recognition by police and other law enforcement is proving divisive, with Verdict readers split over its use.

In a poll on Verdict that saw responses from 644 readers between 24 January and 7 February, the majority said they were not happy with the use of facial recognition by police, but only by a slim margin.

The response comes as the EU is considering a ban on the use of facial recognition until the technology reaches a greater stage of maturity.

Avatar technology asks the question: Who wants to live forever?

A draft white paper, which was first published by the news website EURACTIV in January, showed that a temporary ban was being considered by the European Commission.

It proposed that “use of facial recognition technology by private or public actors in public spaces would be prohibited for a definite period (e.g. 3–5 years) during which a sound methodology for assessing the impacts of this technology and possible risk management measures could be identified and developed”. 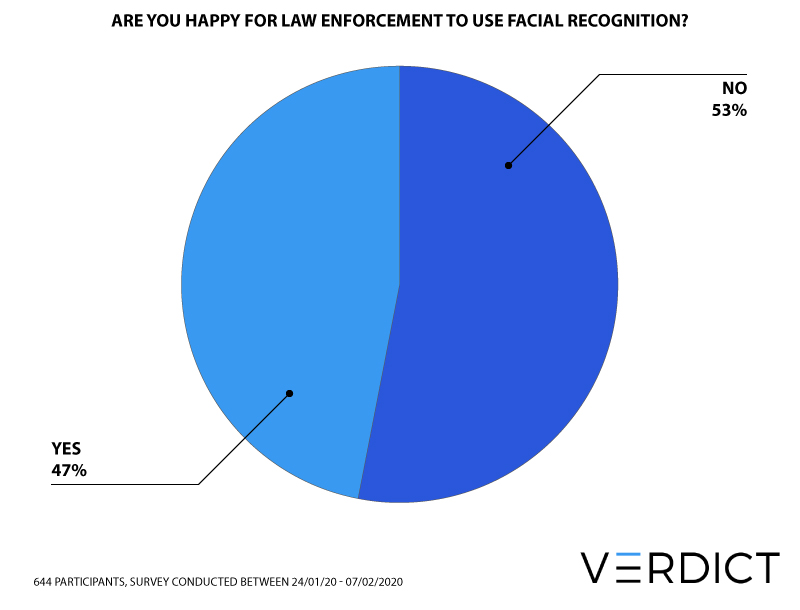 The problems with police facial recognition

While this may seem extreme, particularly given that facial recognition is already being used by police forces around Europe, there is a case for the technology not yet being mature enough for regular use.

For example, an independent report on the facial recognition technology used by the Metropolitan Police to identify potential suspects found that it was inaccurate in 81% of cases, although the Met claimed that the error rate was only 1 in 1000.

Since then, the Met Police has announced that it will now use the technology as part of routine operations, a move that Silkie Carlo, director of Big Brother Watch, branded “an enormous expansion of the surveillance state and a serious threat to civil liberties in the UK.”.

However, police forces maintain that the technology prevents crime and does not breach privacy.

There are also issues with identifying people of colour, with tests by the US government finding that even the most accurate facial recognition technologies misidentify black people at a rate at least five times higher than for white people.

The full version of the EU white paper, written by European competition commissioner Margrethe Vestager, is set to be published on 19 February, and with so much concern and division around the use of the technology, it is likely to ignite fresh debate.

Read more: Facial recognition in public spaces could be banned by the EU