0 Reddit Email article LinkedIn 0 0
GlobalData Healthcare
GlobalData is the market leader in providing actionable insight into the healthcare industry. With market analysts in 18 countries around the world, along with a team of researchers and consultants, we can provide you with the reliable, in-depth industry information you need.

What do Tom Brady, Alex Morgan, Maria Sharapova, Johan Santana and Shaun Livingston have in common?

They are all world-class athletes who have achieved high success in their respective sports. What you might not know though is that they all benefited from an increasingly popular medical procedure called arthroscopy — a procedure for diagnosing and treating joint problems.

With the evolution of sports culture, young athletes now start competitive sports much earlier than in the past, effectively practising more and at a higher intensity. Also, adults tend to engage in physical activity well into old age. 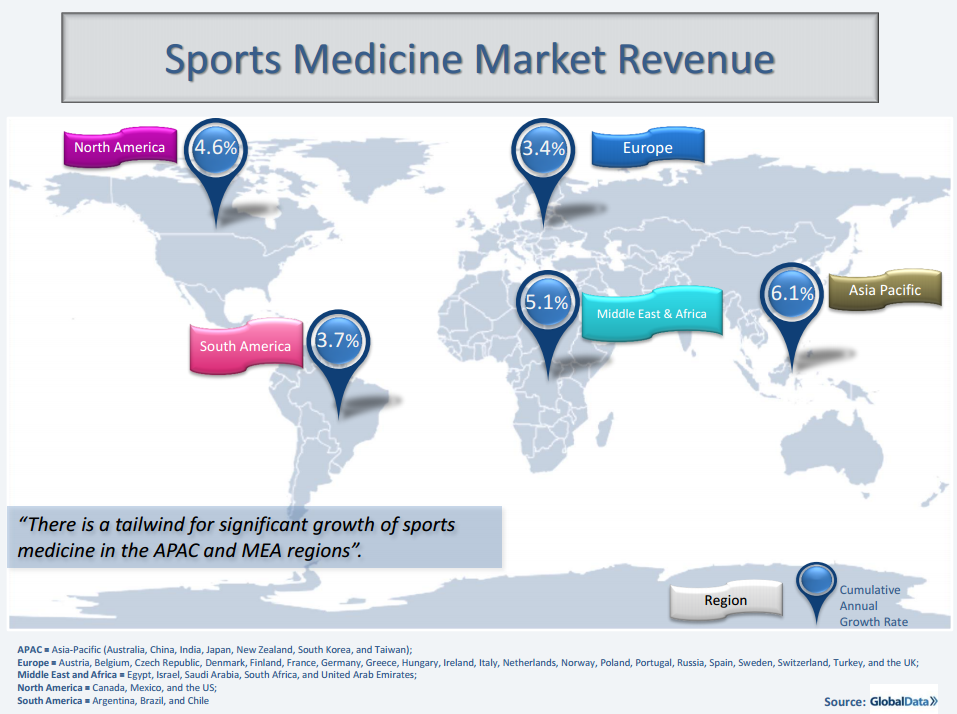 In 2016, GlobalData estimates sports medicine to have been a $4bn market, mostly dominated by North America and Europe. However, the Asia-Pacific region is expected to contribute significantly to the growth of the sports medicine market in the coming years.

This is because in addition to the demographic reasons, a rise in average income and the presence of local medical device manufacturers contribute to the affordability of sports medicine procedures.

At a 6.1 percent compound annual growth rate, the sports medicine market in Asia is projected to rise to $1bn in 2023. This will make the market more than double the combined net worth of Tom, Alex, Maria, Johan, and Shaun.