Toledano will collect the the award at the annual event run by the French Institute and Alliance Française (FIAF) alongside American architect Peter Marino who will receive the Trophee des Arts.

Under Toledano’s leadership, begun in 1998, the Dior brand has opened around 200 shops across the globe and celebrated its 70th birthday last December, whilst remaining a worldwide symbol of French luxury.

Who is Sidney Toledano?

Born in 1951, Toledano was appointed President and Chief Executive Officer of Dior aged 47. 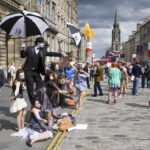 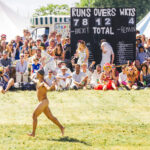 Events
Wilderness Festival programme: 19 things you can only do this weekend
Data Insights
View All

He built the brand into a billion dollar empire and a world renowned fashion house within the luxury sector, whilst steering Dior through an anti-Semitic scandal that threatened the company’s future.

After almost two decades as CEO, Toledano will be replaced in 2018 by Pietro Beccari, the 50-year-old CEO of Fendi.

Toledano will become chairman of the LVMH Group (Louis Vuitton Moet Hennessey) and will oversee the group’s smaller brands such as Givenchy, Emilio Pucci and Céline.

Sidney Toledano is the driving force behind the huge success of Christian Dior Couture around the world. I want to offer my profound gratitude and am delighted that we will continue to work together and benefit from his expertise.

LMVH recently purchased Dior, which was previously a sister brand under a shared holding company, and has since engaged in an executive reshuffle.

Who is Peter Marino?

Peter Marino is an architect and decorator who has designed boutiques for Chanel and Louis Vuitton, luxury hotels in Paris and Saint-Tropez and renovated the Château Rauzan-Ségla in the Medoc and the mansion of Pipardière in Calvados.

President of FIAF, Marie-Monique Steckel said Peter Marino and Sidney Toledano had “brought together New York’s top Francophiles and philanthropists to celebrate their extraordinary relationship and support the FIAF”.

Founded in the early twentieth century, FIAF aim to generate new ideas and promote cross-cultural dialogue through partnerships and new platforms of expression.

The annual Gala “benefits FIAF in its mission to teach French, explore French and Francophone cultures, and foster cultural exchange between France and the United States”.

The Pilier D’Or award “recognises a leading business figure, diplomat, or philanthropist for his outstanding contributions to the French and American economic relationships” according to FIAF.

The Gala funds innovative and unique programs in education and art that explore the evolving diversity and richness of French cultures.