The US Bank Stadium, the host of this year’s Super Bowl event, has a maximum capacity of 66,600. However, the Minnesota Super Bowl Host Committee expects 125,000 out-of-towers to descend on Minneapolis to revel in the excitement of the National Football Association’s Big Game.

While the vast majority of the Super Bowl’s 100m+ viewers will be watching from their homes, few sports experiences can beat attending the Super Bowl in person.

If you plan on travelling to the Twin Cities for Super Bowl 2018, here’s where to stay, eat, drink and go this weekend:

If your team wins, celebratory drinks will be in order. If your team loses, you will need to drown your sorrows in the nearest bar. Regardless of the result, you will want a comfortable bed to crawl into once the celebrations come to an end.

The four-star Kimpton Grand Hotel offers some of the most luxurious rooms in the city. However, its best quality is its proximity to the US Bank Stadium.  Located just 15 minutes away on foot or less than ten by metro, you will have easy access to the stadium on what is likely to be an extremely congested game day.

If you want to play it safe, you can’t go wrong with a Hilton hotel. Don’t expect anything too fancy, but do expect clean, well furnished rooms and helpful staff at an affordable price. Doing the basics well has made the Hampton Inn Minneapolis’ top hotel on TripAdvisor.

If you want to enjoy the Super Bowl without having to deal with the noisy crowds of intoxicated revellers that will descend on the streets of Minneapolis after, this is the perfect place to stay. Sitting on the opposite side of the Mississippi River, away from the city centre, it might take you a little longer to get to and from the stadium, but at least you will get a good night’s sleep.

Luxury Collection Hotel’s Hotel Ivy is your best bet if you want to sleep among the stars.

With its own spa, fine-dining eatery and accommodation that perfectly blends style and comfort, there’s little need to leave the hotel when staying at Hotel Ivy. 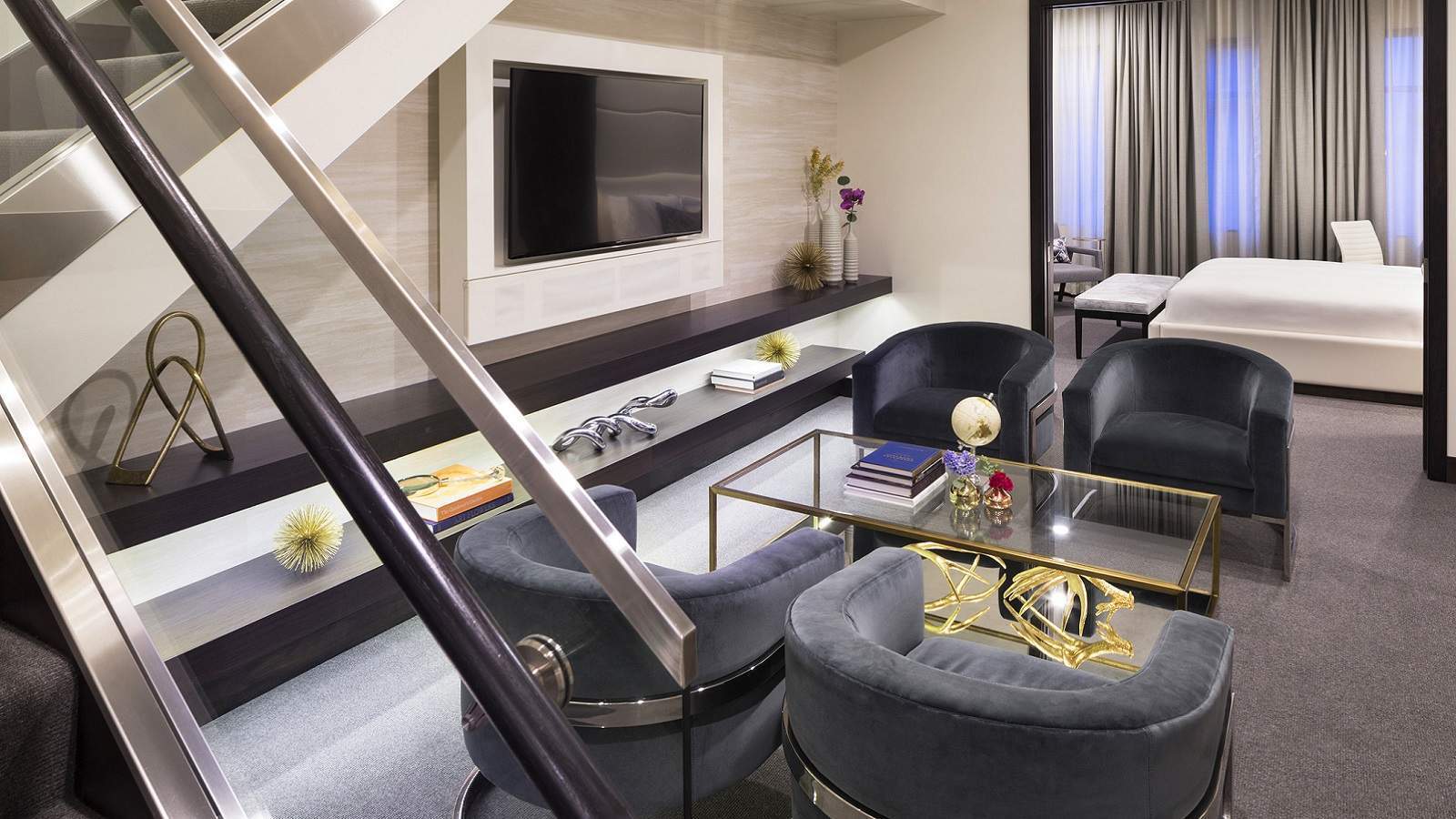 The Penthouse Suite at Hotel Ivy.

Matt’s Bar is one of the most well-known spots in Minneapolis. As the birthplace of the city’s Juicy Lucy burger (it’s a cheeseburger, but the cheese is inside of the patty), a staple of Minneapolis cuisine, locals and tourists alike flock to the restaurant to try out the original. Previous guests include former President of the United States Barack Obama.

The US goes wild for greasy finger food over the Super Bowl weekend and that is exactly what Matt’s Bar serves up. With a selection of beers to wash down your burger, where better to kick off your Super Bowl weekend?

2018 might be the year of the vegan, but meat will reign supreme during the Super Bowl.

However, while most will reach for unhealthy options, eating meat doesn’t have to leave your fingers greasy and arteries clogged.

The Capital Grille introduces fine dining to the traditional American steakhouse. And they do it well, too. Serving everything from New England clam chowder (one for the Patriots fans in town) to lobster burger, diners have voted the Capital Grille as the best restaurant in Minneapolis.

Price: $70 for a starter, main course and drink

Revival isn’t among the top tier of restaurants in Minneapolis. However it will undoubtedly be one of the most popular eateries in the city as the nation tucks in to 90 million chicken wings to celebrate the Super Bowl weekend.

South fried chicken, served up with sides of hushpuppies, mashed potatoes or mac and cheese, is Revival’s speciality.

Given the restaurants strict no reservation policy, you can expect queues and a lengthy wait this weekend. However, that’s usually a good indicator of quality dining. Revival doesn’t offer Michelin Star fine dining, but you won’t find many better places for simple Southern dishes this far north.

Price: $33 for starter, half a chicken and side

Maxim events are known for their grandeur and their annual Super Bowl party is the most highly anticipated of the lot. For those musicians that fail to secure a slot during the Super Bowl’s half-time show, playing at the Maxim Super Bowl Party is a decent consolation.

This year will see popular musicians Post Malone, Marshmello and Cardi B grace the stage in Minneapolis. An ensemble of a-list celebrities and VIPs will undoubtedly join them on the night. If you’re lucky, you might even get to celebrate your team’s success with your favourite NFL players.

Celebrating with the stars doesn’t come cheap. Tickets will set you back by $750, with VIP packages costing up to $21,000. However, Super Bowls only come around so often (unless you’re a Patriots fan), so live a little.

While the Maxim party celebrates another successful Super Bowl with loud music and an endless supply of champagne, the Dakota Jazz Club will offer something a little classier. Grab one of their signature cocktails and relax to the sweet sounds of jazz, blues and rock and roll.

A well-known spot among Minneapolis’ music-mad citizens, the Dakota Jazz Club has previously played host to a number of local and international stars. Even local icon Prince has paid this venue a visit in the past.

As it’s a Sunday, nobody will be playing at the Dakota Jazz Club after the Super Bowl. However, there will be live performances in the days before and after the Big Game. Monday evening might be best, as you look for somewhere a little more laidback to recover after partying into the night on Super Bowl Sunday.

If pubs are your preferred watering hole, you won’t find many better places than The Happy Gnome in Minneapolis. With 89 craft beers on top, this is the place for you if beer if your beverage of choice. If beer isn’t your poison, The Happy Gnome is well stocked in wines, spirits, cocktails and food too.

Located outside of Minneapolis’ centre in the adjacent city of St Paul, there are easier venues to get to than The Happy Gnome. However, this gastropub is worth the 45 minute trip. If you’re looking to escape the Super Bowl rivalry that will likely take over the city, this place is noted for its friendly atmosphere. Everyone is welcome, even your pets if you cant bear to leave them behind.

Early forecasts are tipping Super Bowl LII to be the coldest Big Game on record. Temperatures are expected to drop to as low as -14 degrees Celsius on match day. However, home to an enormous outdoor fire pit, The Happy Gnome will be keeping customers warm and cosy over the Super Bowl weekend. 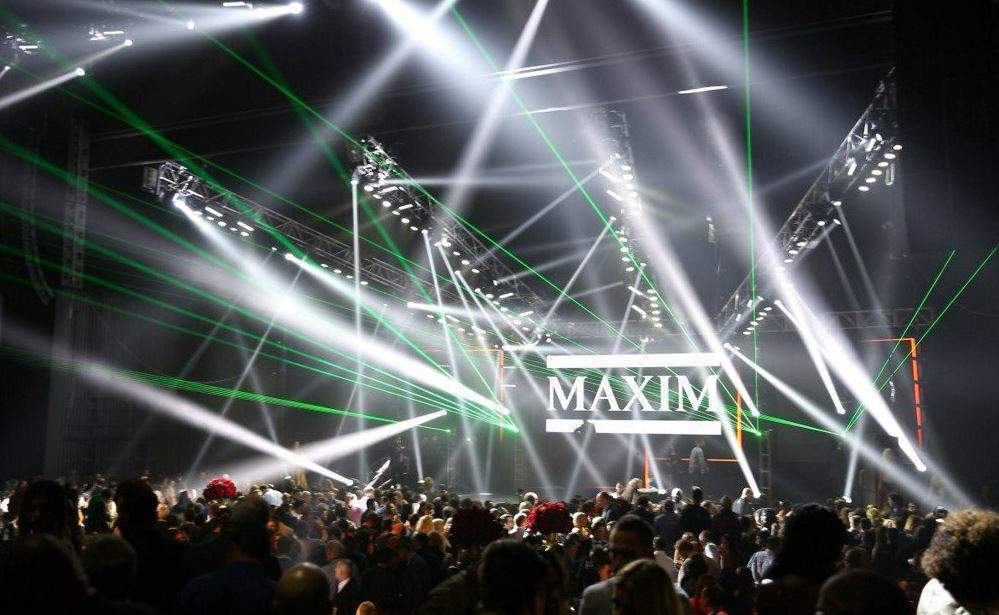 Well known for its strong music scene, having helped to launch the careers of popular artists such as Prince and Bob Dylan, there are plenty of venues doted around the city offering up the sounds that helped to shape the city. However, few do it quite like First Avenue, a well-known nightclub that has played host to some of the biggest names in music.

Even if nightclubs aren’t for you, it’s worth paying a visit to First Avenue to grab a picture with the 521 stars that line the building’s exterior.

Minneapolis’ answer to the Hollywood Walk of Fame, First Avenue has painted a star for each artist that it has welcomed through its doors. Hip hop star Eminem sits next to rock act Rage Against the Machine and Grandmaster Flash sits alongside Pearl Jam.

Price: varies depending on act

The name of this Minneapolis shopping mall hints at its sheer scale. The Mall of America is the biggest mall in the United States by total floor space, providing keen shoppers with over 500 different stores to part with their cash.

And yet, the Mall of America is so much more than a shopping space. Nestled among rows of retail stores are attractions such as the Minneapolis Sea Life Aquarium and the Crayola Experience, which will take a day to get around alone.

However, Nickelodeon Universe, the Mall of America’s in-door theme park, is the star of the show.

Minneapolis may be better known for music, but the city also has a thriving comedy scene. While the world’s biggest music acts are taking to the stage at First Avenue, some of the best talents in stand-up comedy are entertaining crowds at Minneapolis’ many comedy clubs.

The best of Minneapolis’ local comics can be found at the Brave New Workshop. This small theatre that has been writing, producing and performing its own sketch comedy shows since 1958. However, Brave New Workshop is best known for its improvisation performances, which has been amusing crowds for over five decades. Such is the popularity of Brave New Workshop, it has outlasted every other improv show in the United States.

Not for the easily offended, the theatre’s TripAdvisor page paints these performances as Saturday Night Live live. Profanity, political incorrectness and ridicule that toes the line are to be expected, but delivered in a unique, clever and, most importantly, funny way.

Nickelodeon Universe at the Mall of America.