With 1.5 billion subscriptions in 2018, mobile penetration only reached 93.4% of the population in the Middle East & Africa (MEA), compared to triple-digit penetration rates in the other regions.

Future growth will be among the strongest globally within the region, adding 474 million mobile subscriptions over 2018-2023. This will result in a mobile penetration rate of 110.8% the population.

The expansion of the mobile subscriber base in the region will be supported by strong population growth, mobile network expansions to non-covered low-density and rural areas as well as the expanding disposable income fuelling mobile services adoption in less affluent parts of the region.

Nigeria, the most populous country in the region, will account for 10% of the subscriptions net additions over 2018-2023, followed by the Democratic Republic of Congo, Ethiopia, Iran and Egypt. 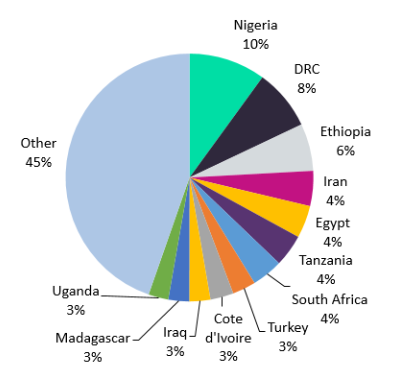 The company cited slow sales as the primary reason for the decision and is now switching gears to focus efforts on applications for clinical development instead.