There’s no denying that coffee is the lifeblood that gets plenty of workers through the day.

According to the British Coffee Association, more than two billion cups of coffee are consumed each day for that shot of caffeine and the burst of energy that comes with it.

Still, sometimes a cup of coffee isn’t enough. Sometimes one needs something a bit extra to perk you up after a long week.

Cold brew coffee is the base of the drink. That is, in itself a new trend for caffeine sippers that’s growing in popularity all over the world. The liqueur’s distillation involves no less than fourteen fresh botanicals including citrus, herbs, and spices.

“Flavored liqueurs are proving popular within the alcoholic space due to their sweeter aroma and strong experimental stance, which ultimately appeals to younger, more adventurous drinkers. More to the point, new and novel liqueurs are leveraging on specific drinking occasions, such as summer usage. Malibu’s most recent launch is a great example. Their Mango Malibu Rum Liqueur which is a take on the existing popular coconut liqueur offering consumers more “tropical” sensory fusion.”

In this context, the launch of Mr Black’s latest product makes perfect sense, particularly as a summer beverage. As consumers step away from warm drinks as the Northern hemisphere approaches summer, this drink might provide the coffee fix many are searching for. 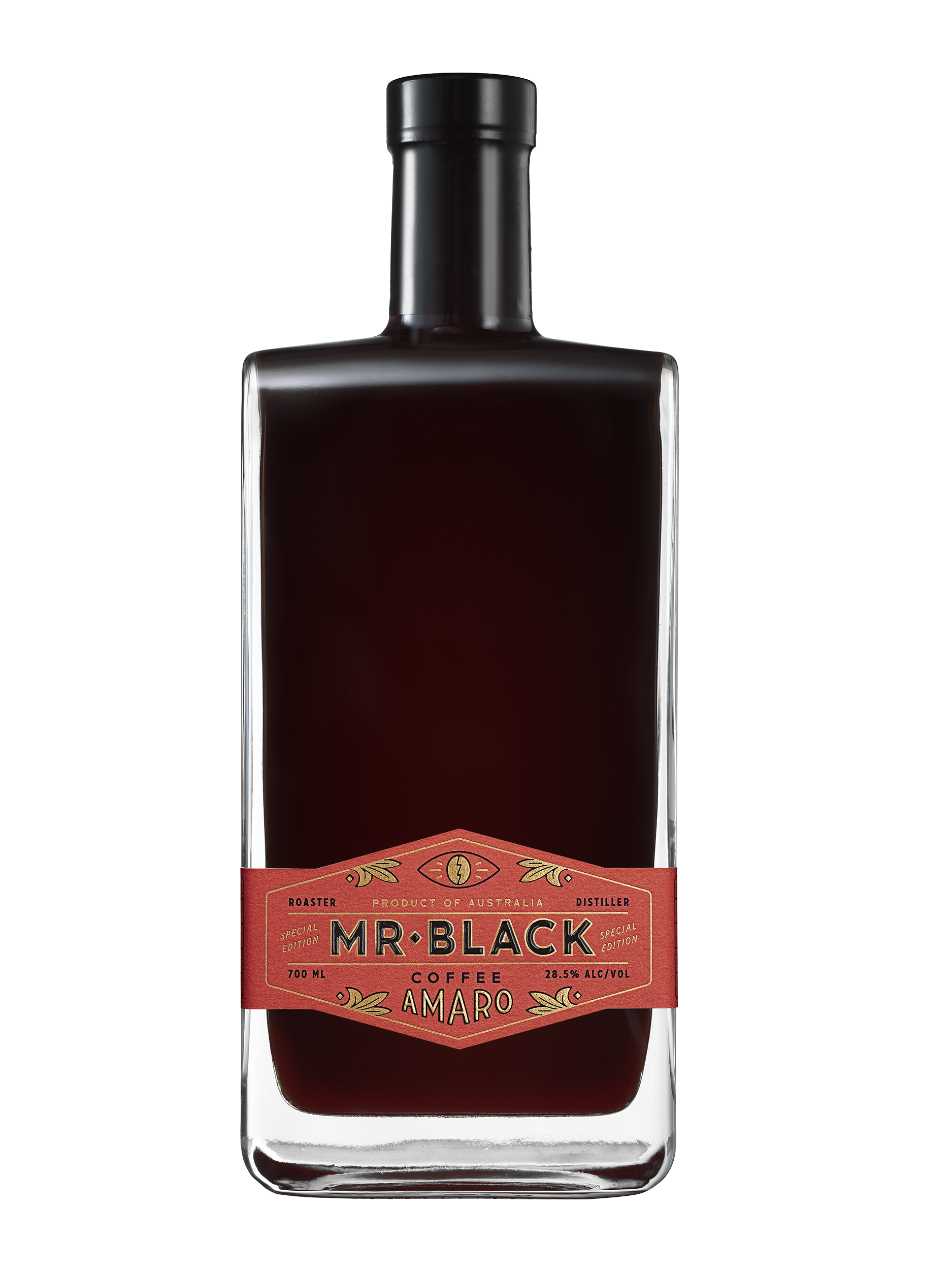 While the liqueur’s taste will no doubt prove popular with coffee lovers, it should also appeal to gin connoisseurs.

Mr Black Coffee Amaro actually has quite a pedigree. Gin enthusiasts might have come across Philip Moore of the Distillery Botanica, the only Australian to win Gold at the London International Wine & Spirits Competition. Moore is one of the co-founders of Mr Black, and his quirky take on gins has definitely filtered through into this new drink.

“Amaro is essentially a botanitcal drink, similar to gin or absinth, so blending that idea with the speciality coffee craftsmanship of Mr Black was something I really enjoyed developing.”

While most spirits import their botanicals, the citrus in Mr Black Coffee Amaro is actually grown in the Mr Black distillery garden on the coast in New South Wales.

Designed for consumption as an apertif, this new drink from Mr Black is actually pretty versatile. It makes a nice accompaniment to both white and black Russians. In addition, its bitter citrus and toasted coffee notes make it ideal for an espresso martini.

The drink makes a great pairing with both Bailey’s and also the decidedly excellent Coole Swan Irish cream liqueur.

For those interested in bottle design who enjoy having a glorious collection on their shelves, Mr Black Coffee Amaro is a real winner. The sharp, imposing rectangular lines of the bottle are certainly eye-catching. There’s also an etching of Athena on the rear is a neat touch for those who care to notice it.

Where is it available?

Mr Black Coffee Amaro has just launched. It is available to purchase from The Whiskey Exchange and 31 Dover.

In addition some of the UK’s most well-loved luxury bars are serving cocktails based on the drink throughout May.