An amateur musician who developed an iPhone app designed to teach people how to play the trumpet has won a six-year legal battle against US president Donald Trump. 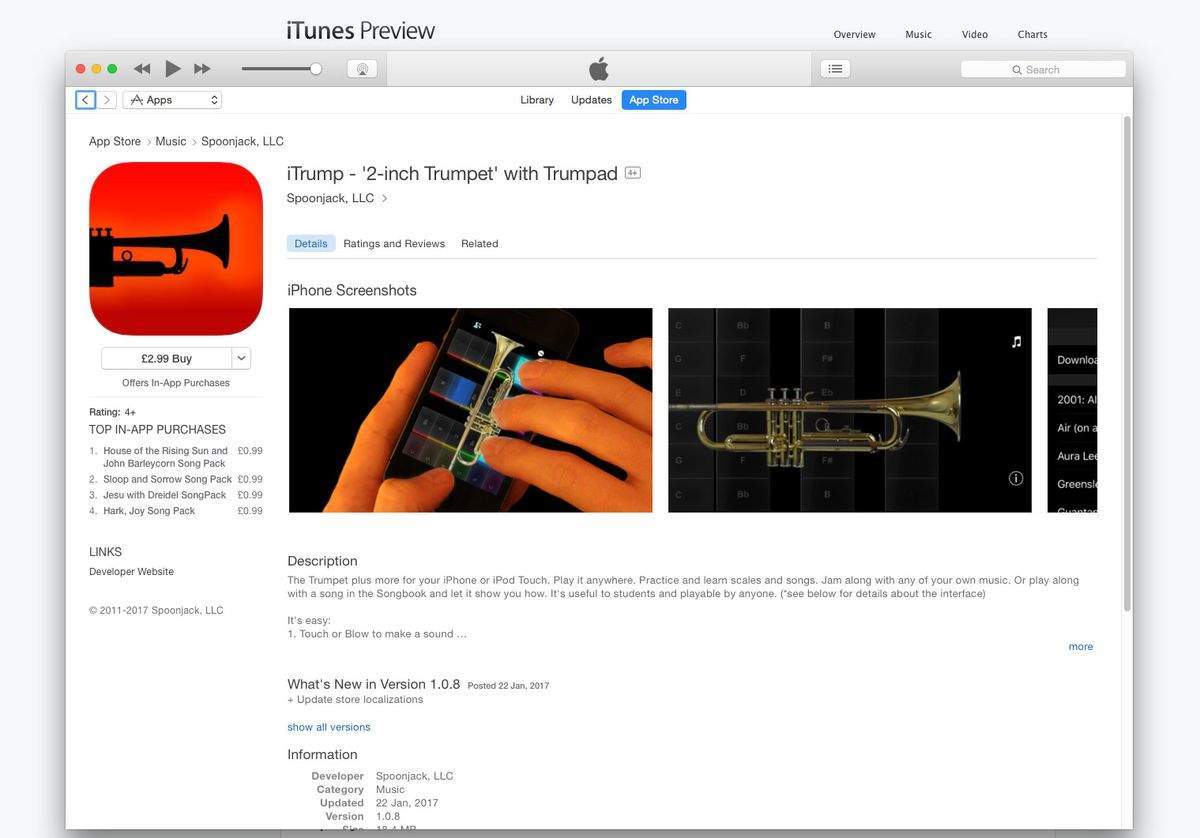 Tom Scharfeld, the 40-year-old creator of iTrump didn’t even use a lawyer, but instead opted to represent himself in court.

Although he was up against the well-resourced and highly influential Trump Organization, Scharfeld taught himself copyright law.

He told the court that Merriam-Webster’s dictionary lists “trump” as a substitute for trumpet. Trump’s lawyers “didn’t seem to respect that I could do this,” Scharfeld said.

We won all the claims and defeated those against us.

The clash between the Trump Organization and Scharfeld reaches back to January 2011, when the billionaire’s lawyers said the app’s name was a violation of the Trump trademark.

Six years later, the Trump Organization has ended up in a far worse position than it could have ever imagined as a result of a lawsuit it expected to win.

The US Trademark Trial and Appeal Board has now cancelled Trump’s New York-headquartered company’s exclusive right to use Trump not just in apps and music streaming, but in relation to entertainment services, including reality TV shows.