Since being established in 1984, the Turner Prize has been a major force in British art. Previous winners have seen the value of their work skyrocket and face mass media attention.

This year, the award is being presented from Ferens Art Gallery in Hull, Yorkshire. This location is to tie in with Hull’s status as the UK’s 2017 capital of culture. However, as always, the prize will be presented and chosen by officials from the Tate Britain, as well as other artistic bodies.

2017 will mark the first year that the Turner Prize’s upper age limit (50 years, in previous awards) is scrapped and artists of all ages can receive nominations.

How to watch the Turner Prize 2017 award ceremony?

The Turner Prize 2017 will be awarded at a special ceremony on 5th December 2017.

It is thought that the prize ceremony will welcome a celebrity guest to present the award. In past years, Jude Law and Madonna have been hosts for the ceremony.

However, for all of those who didn’t receive an invitation to the ceremony, there’s another way to watch it. The entire event will also be shown on television by the BBC. Viewers can watch it on BBC News at 21.30. It is also going to be viewable on BBC Four at 23.30. Obviously the broadcast will be available on BBC iPlayer too for those who prefer to stream content.

Who is nominated for the Turner Prize 2017?

Each year, four artists are nominated for the Turner prize. These nominations are based on showings of the artist’s work over the past year.

There is also a public vote to nominate an artist, however the impact of this vote is allegedly negligible. This year the nominated artists are as follows (with descriptions from the official Tate website).

The jury praised Anderson as an outstanding British painter whose art speaks to our current political moment with questions about identity and belonging, and recognised a deeper interplay between figuration and abstraction in his work.

Drawing from art history as much as his own Caribbean heritage, the artist’s dream-like paintings are compositionally dense and vibrant, combining geometric and gestural shapes alongside portraiture, landscape and still-life. 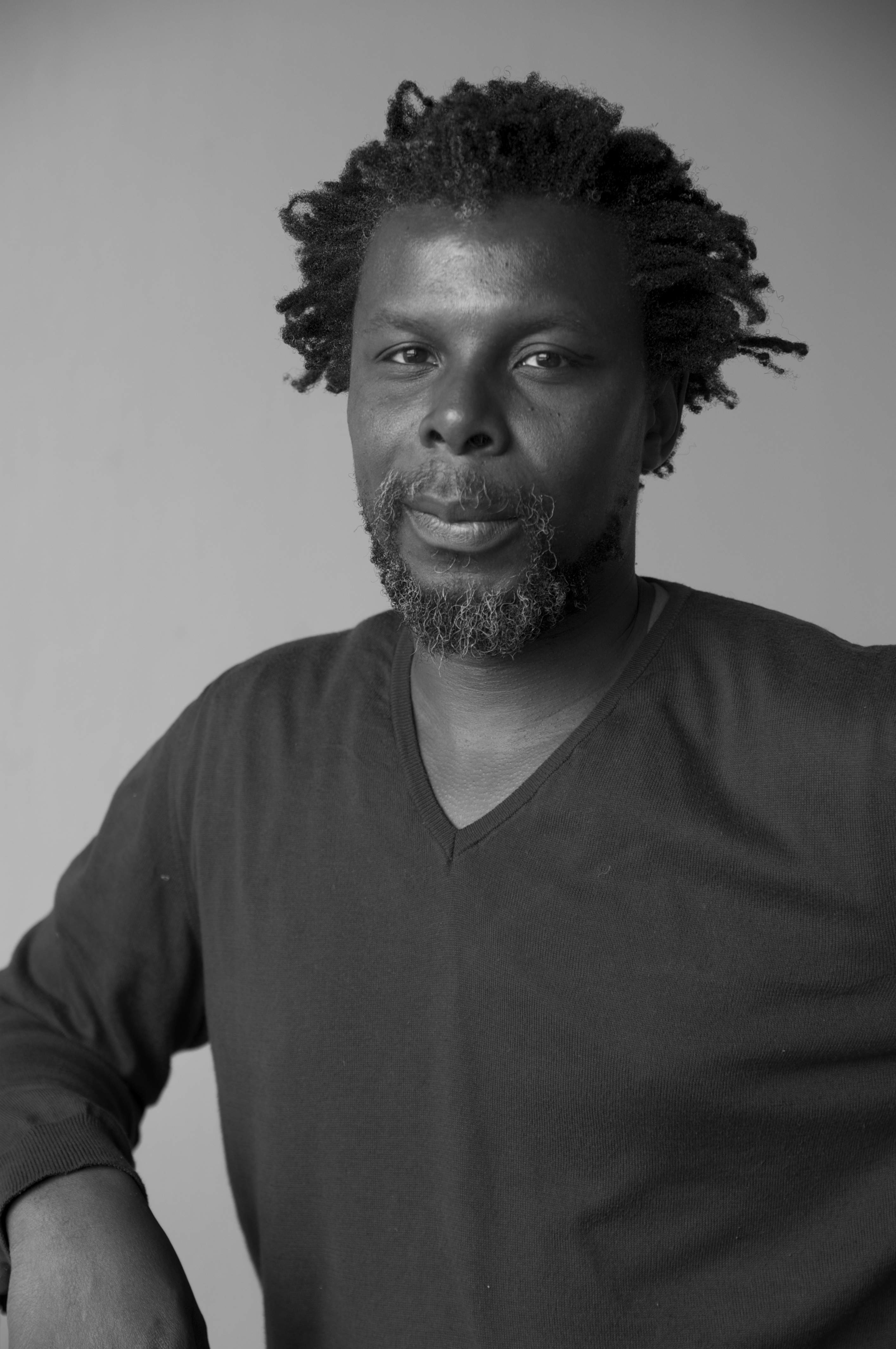 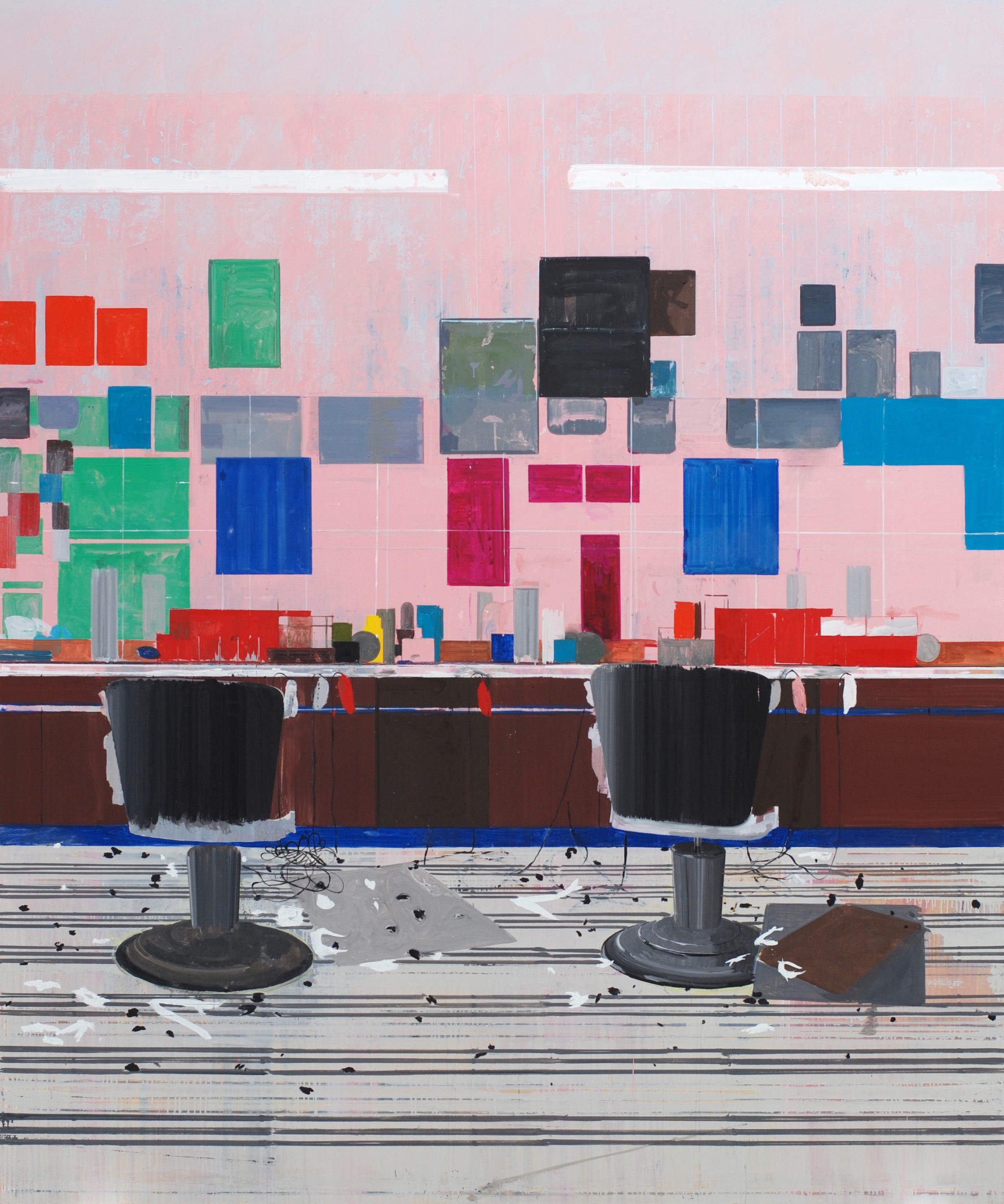 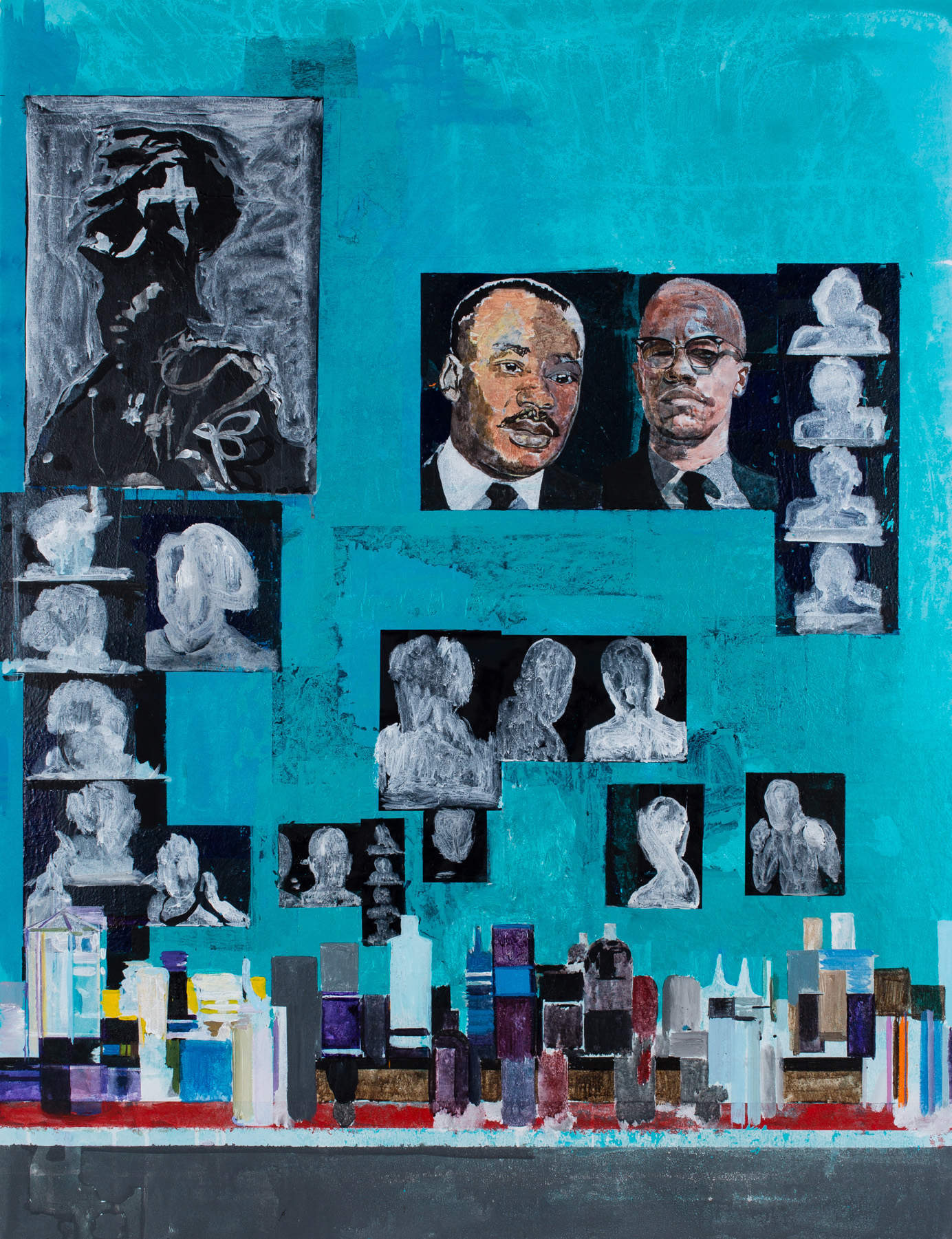 For her solo exhibitions Andrea Büttner: Gesamtzusammenhang at Kunsthalle Sankt Gallen in Switzerland and Andrea Büttner at David Kordansky in Los Angeles.

The jury noted Büttner’s unique approach to collaboration and her exploration of religion, morality and ethics, articulated through a wide range of media including printmaking, sculpture, video and painting.

Often incorporating archival material, Büttner’s exhibitions investigate shame, vulnerability and poverty. Using low media such as woodcuts or home videos, Büttner is interested in the role of the amateur in the production of culture. 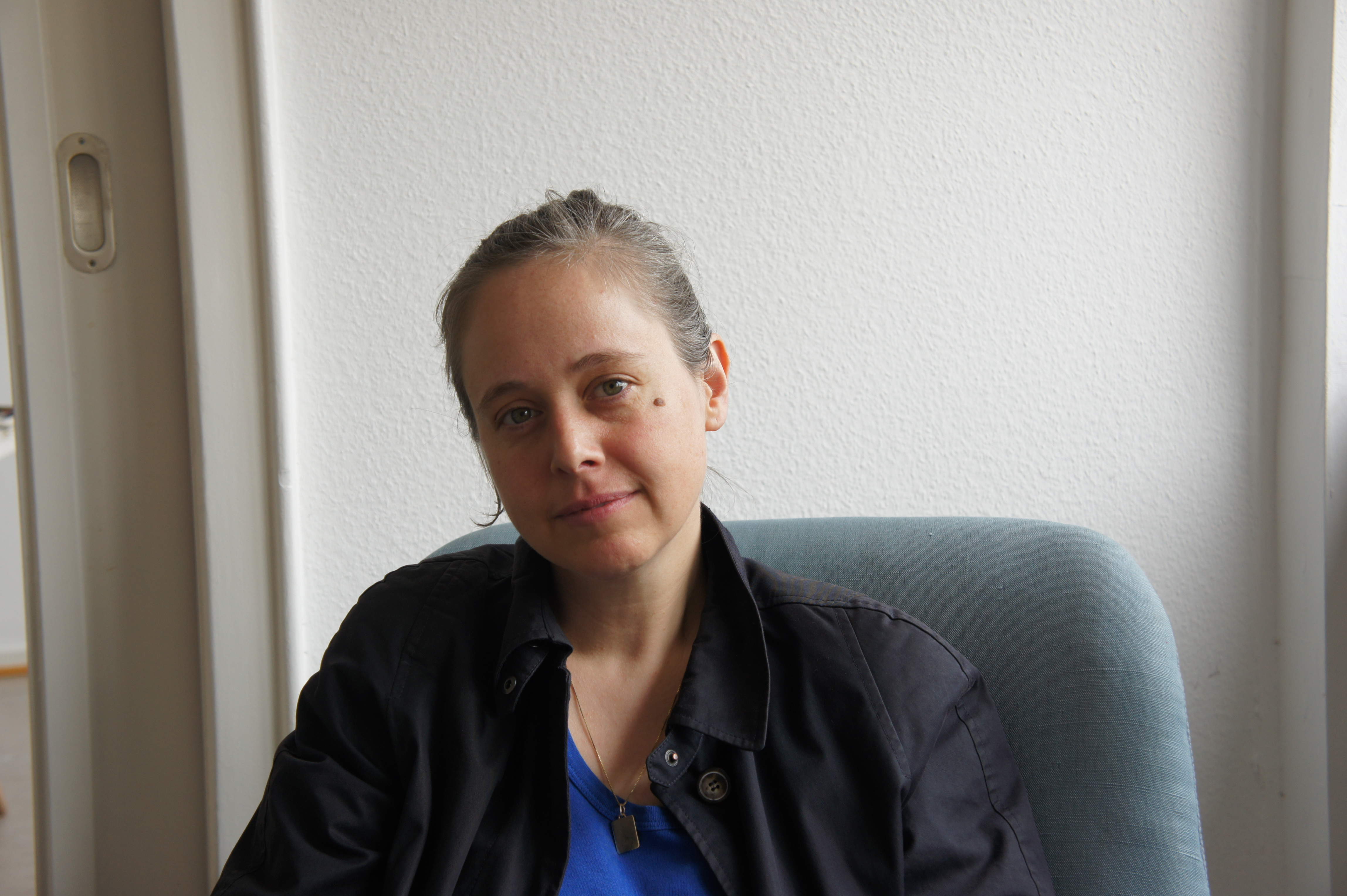 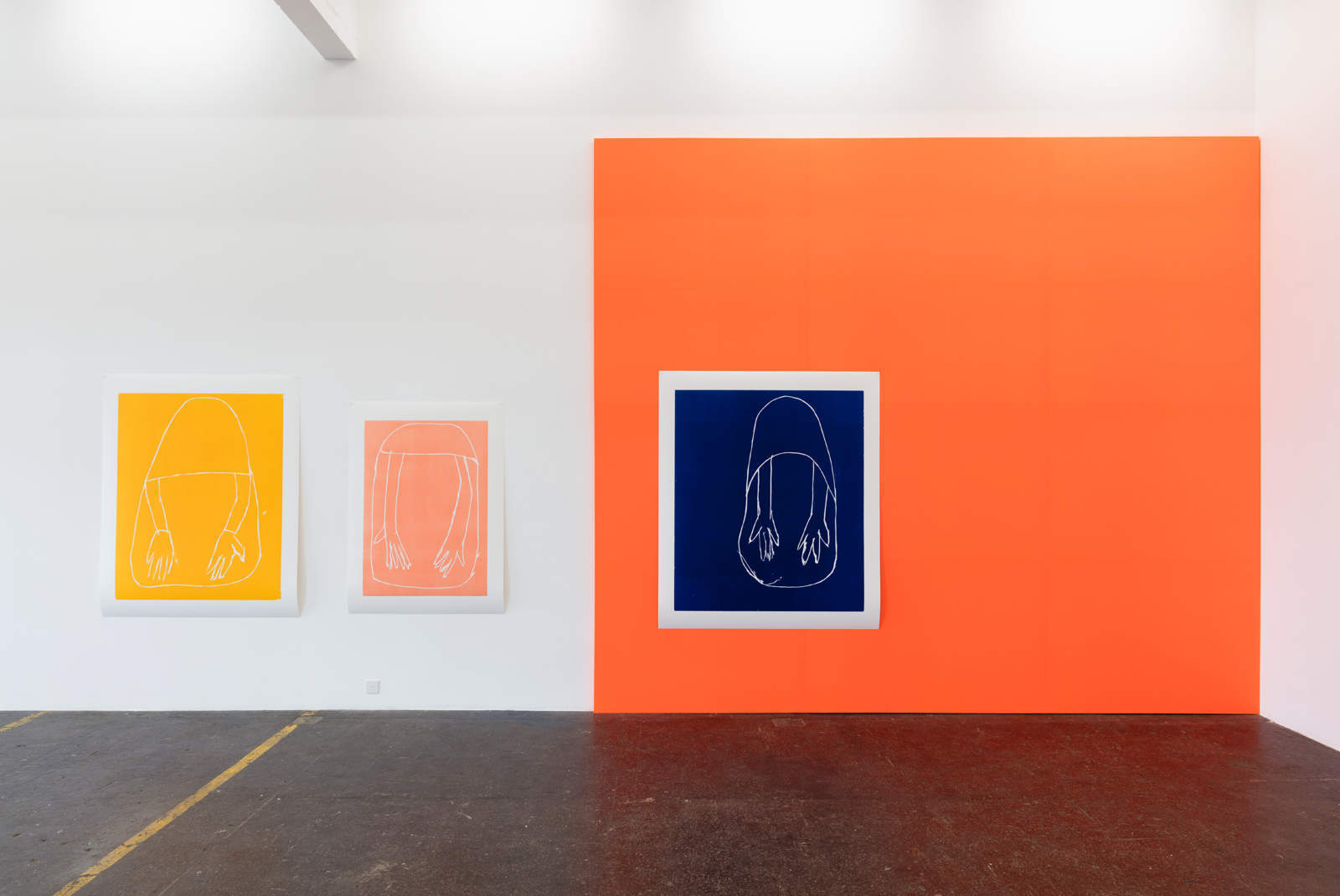 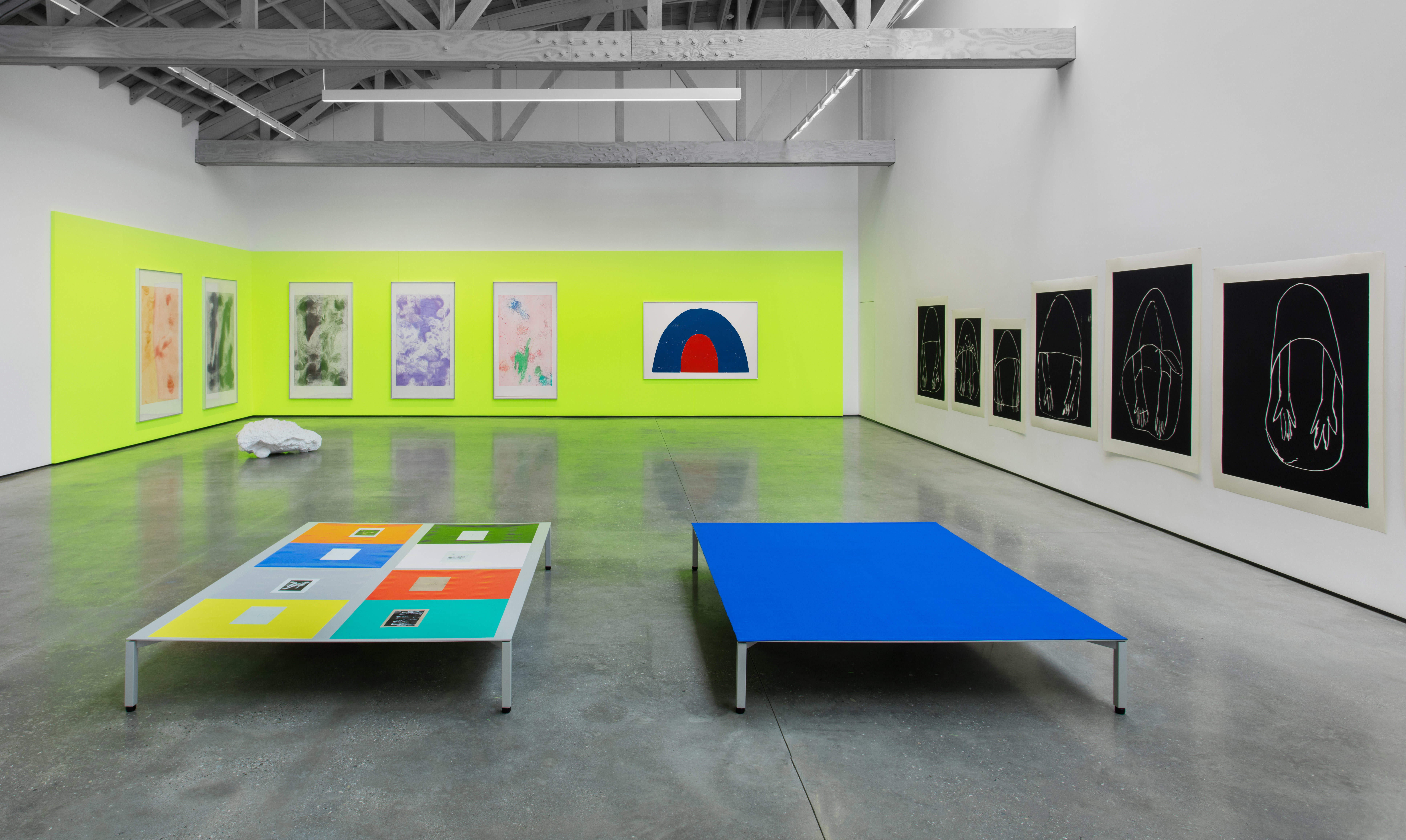 For projects including solo exhibitions Lubaina Himid: Invisible Strategies at Modern Art Oxford and Navigation Charts at Spike Island in Bristol, as well as her participation in group exhibition The Place is Here at Nottingham Contemporary.

The jury praised these exhibitions for addressing pertinent questions of personal and political identity. As a key figure of the Black Arts Movement, Himid has consistently foregrounded the contribution of African diaspora to Western culture.

Working across painting, installation, drawing and printmaking, and bringing both old and new work together, her work is both visually arresting and critical. 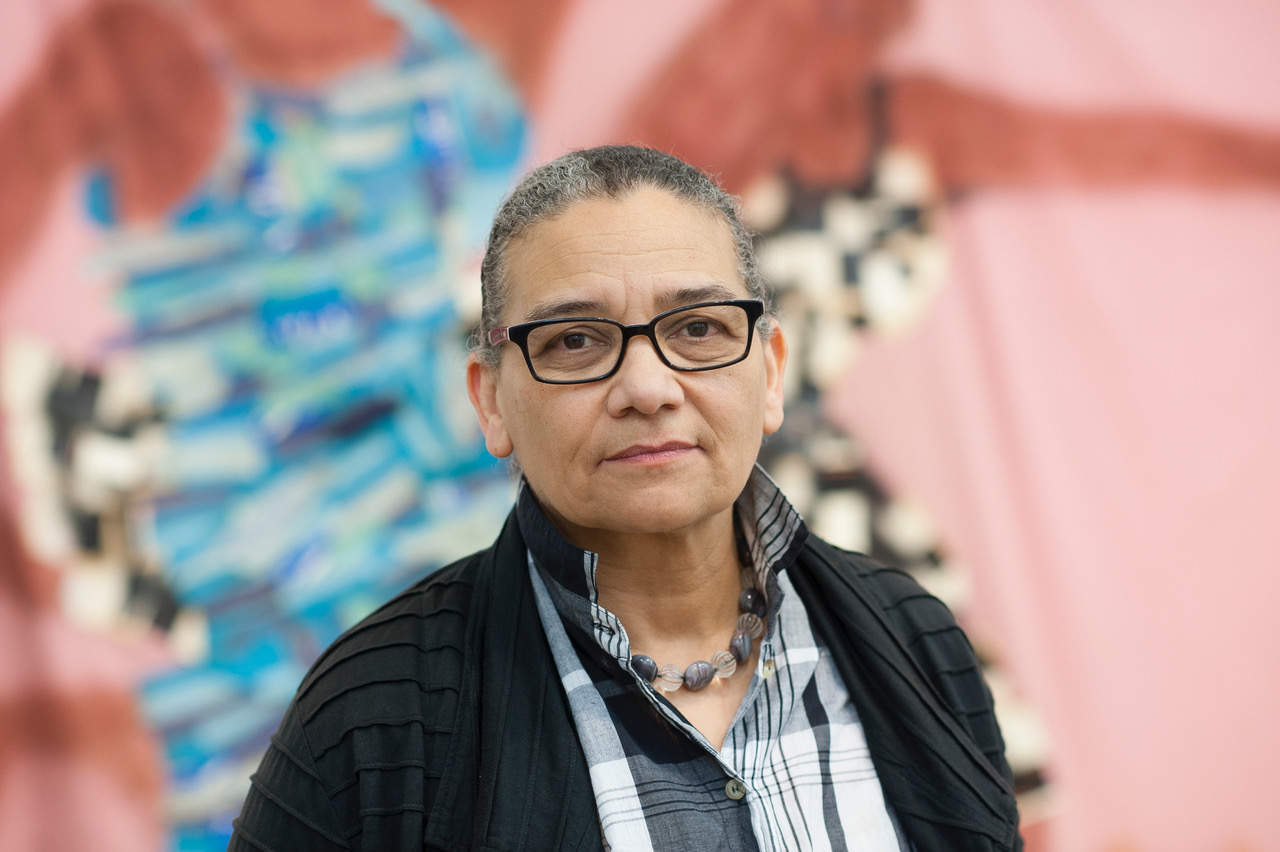 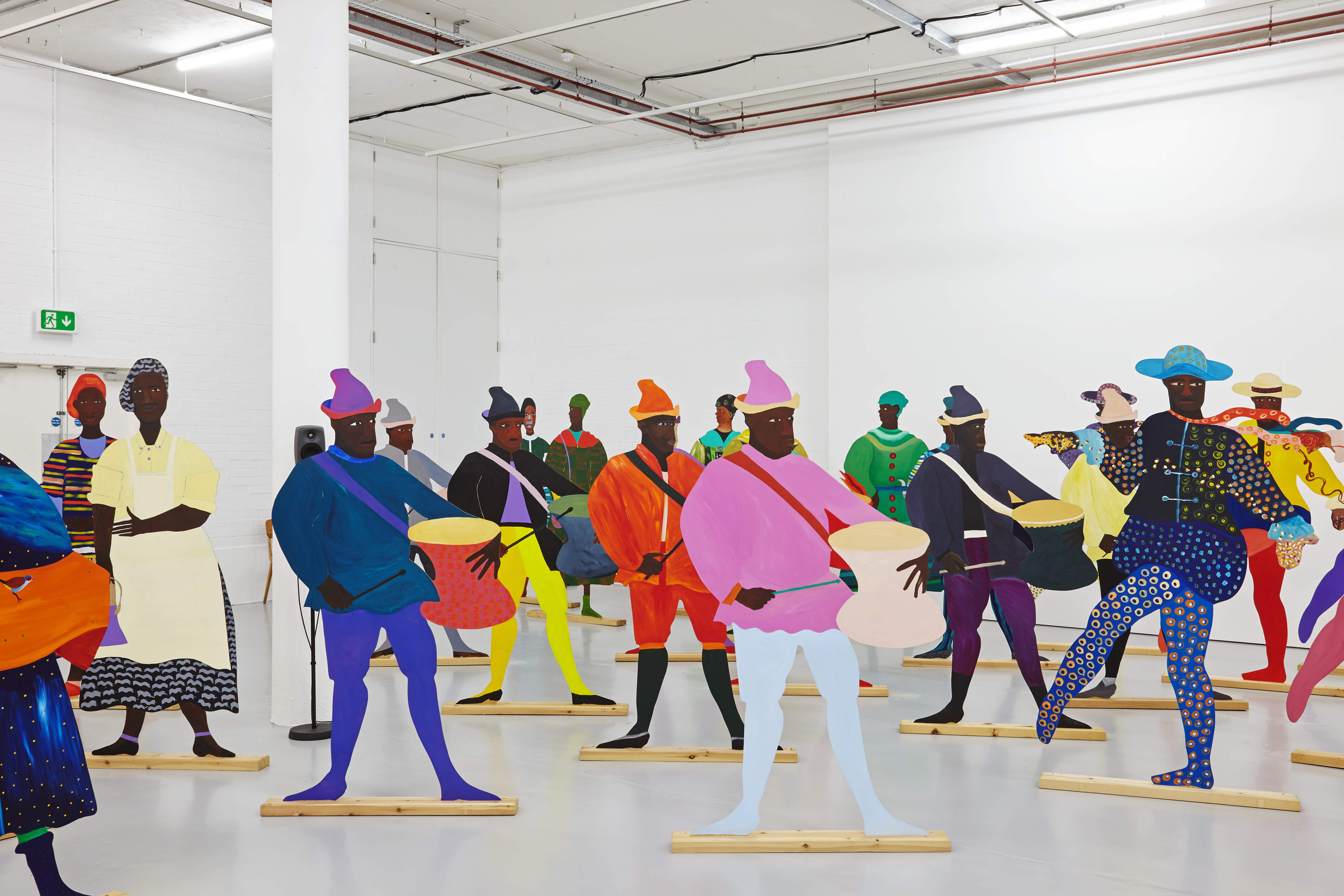 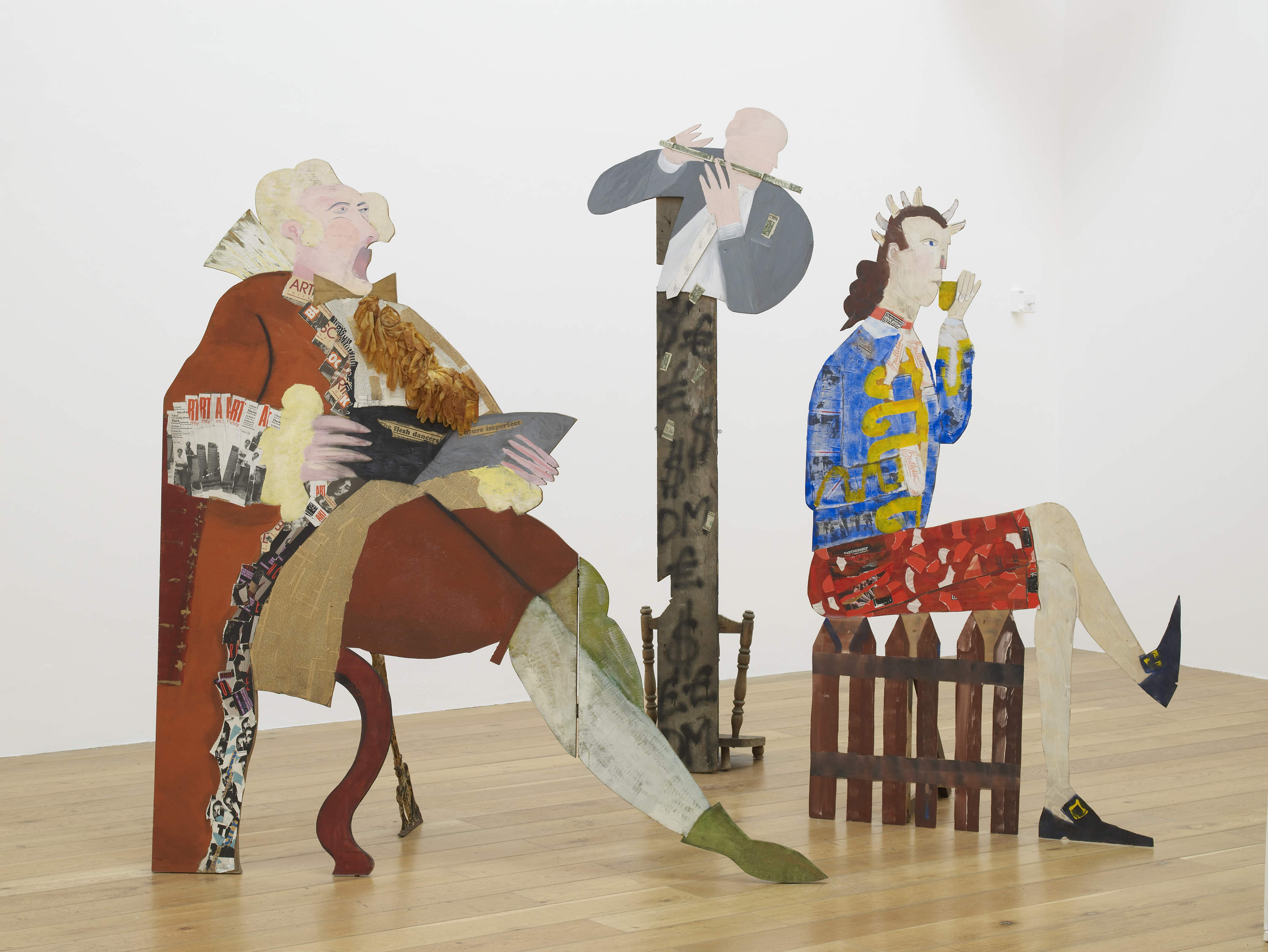 A Fashionable Marriage, 1986
Installation view of The Place is Here, Nottingham Contemporary 2017
Courtesy of the artist and Hollybush Gardens

For her solo exhibition On This Island at The University Art Galleries at UC Irvine’s Claire Trevor School of the Arts in California, and her participation in Documenta 14.

The jury was impressed by the depth and maturity of Nashashibi’s work, which often examines sites of human occupation and the coded relationships that occur within those spaces – whether a family home or garden, a ship or the Gaza Strip.

Her films use the camera as an eye to observe moments and events, contrasting reality with moments of fantasy and myth. They show how the intimate and everyday collide with issues of surveillance and control. 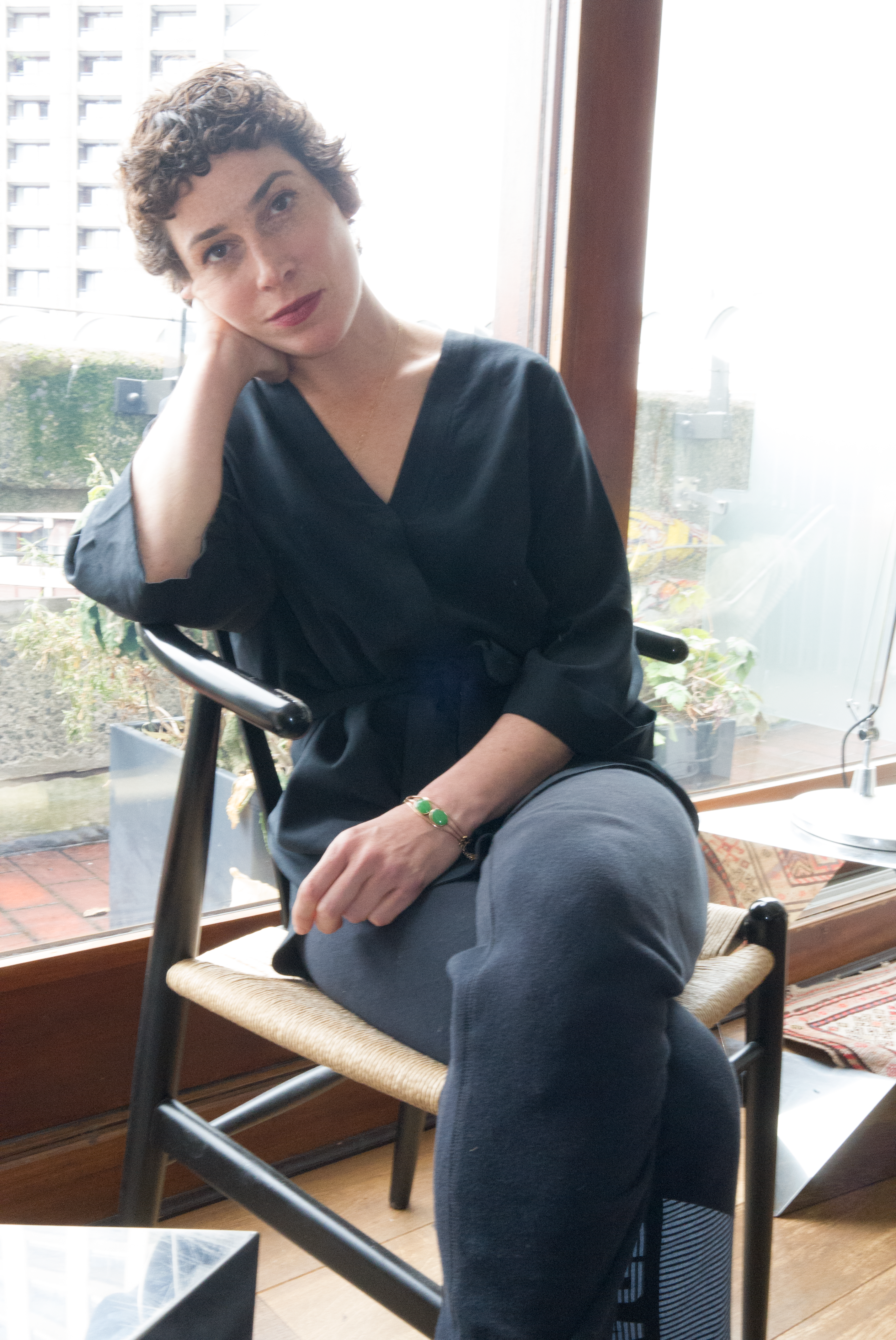 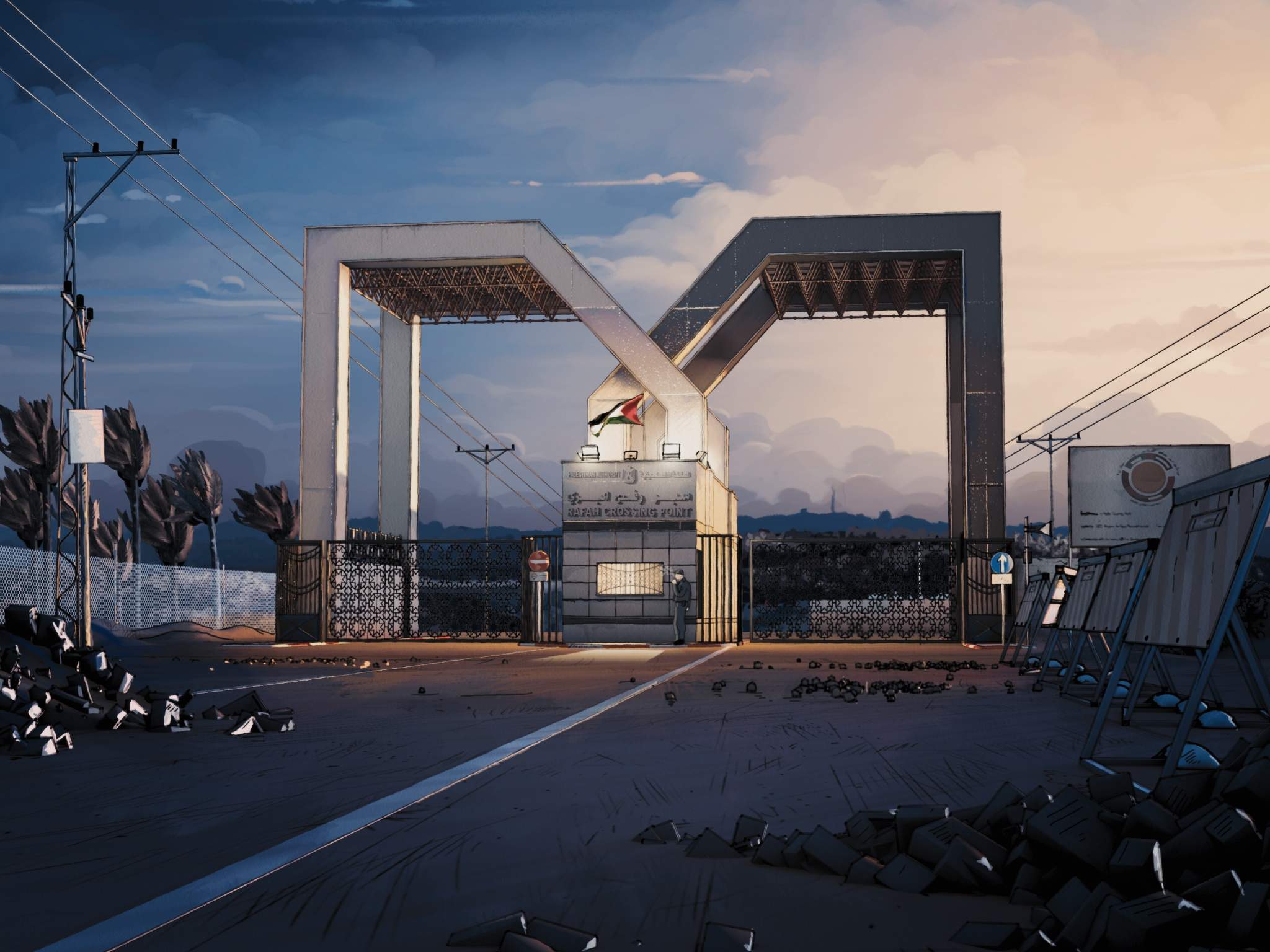 Electrical Gaza 2015
Video still
On This Island: Rosalind Nashashibi, The University Art Galleries at UC Irvine’s Claire Trevor School of the Arts in California 2015
Courtesy of the artist

Who is most likely to win?

Judging from the bookies, it seems that Hurvin Anderson is the most likely to win with odds of 6/5.

Of course, with art being as subjective as it is, there’s little telling whether or not he will win!