The Twitter share price has jumped after the company reported a real profit for the first time — a major landmark for Twitter founder and chief executive Jack Dorsey and well above Wall Street expectations.

That said, Twitter does have more money coming in. Revenue started growing again, rising to $732m in the fourth quarter, up two percent from $717m this time in 2016.

Wall Street has sent the Twitter share price higher at the open in New York, up around 25 percent shortly after the opening bell.

Q4 was a strong finish to the year, We returned to revenue growth, achieved our goal of GAAP profitability, increased our shipping cadence, and reached five consecutive quarters of double digit DAU [daily active user] growth. I’m proud of the steady progress we made in 2017, and confident in our path ahead. 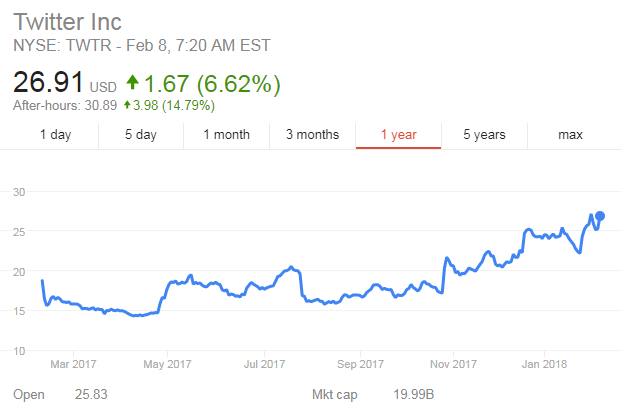