The new car market in the UK has shown phenomenal growth in recent years, but has become increasingly dependent on cheap credit to fuel its expansion.

However, over the same period the value of motor finance deals arranged for the purchase of such vehicles almost tripled from £6.86bn in 2011 to £18.09bn in 2016, according to the Finance & Leasing Association (FLA). 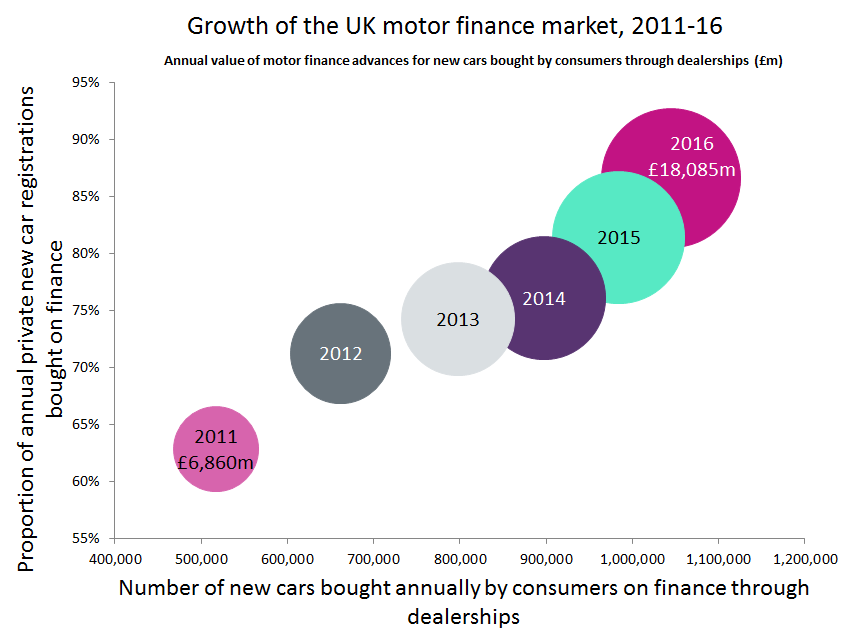 However, this rapid rate of growth is unlikely to be sustained.

A deteriorating economic outlook may lead to reduced consumer demand for new cars, and could prompt an increased risk of impairments on existing loans.

Furthermore, falling secondhand car prices will prompt many PCP users to return their cars at the end of their deals, thus leaving manufacturers to deal with unwanted stock.

So although the motor finance market has performed impressively, this has been achieved at the cost of elevated risk.