You can now tuck in to a meat-free burger that looks and tastes just like a McDonald’s Quarter Pounder — even its texture is the same.

The global fast food industry, worth $539.63bn in 2016, is undergoing a period of change as newcomers challenge the dominance of household names like Burger King, KFC, Wendy’s and Five Guys.

Innovative startups threaten to swallow the revenues of fast food outlets, targeting the same demographic, but broadening their offerings to attract people on plant-based diets as well.

Food safety agencies face the challenge of ensuring that the ingredients championed by recent market entrants are fit for consumption.

Bill Gates, the richest man in the world, is one of a growing number of high net worth individuals investing their millions in vegan-friendly fast food.

The second-richest man in Asia, 89-year-old Li Ka-shing, understands the appeal of a vegetable-based burger, as does one of the Facebook co-founders Dustin Moskovitz, who is worth $13.5bn.

Gates, Ka-shing and Moskovitz are just some of the affluent investors backing Impossible Foods, a Silicon Valley-based company developing plant-based alternatives to meat.

They all took part in the company’s latest $75m funding round last month led by Temasek, Singapore’s sovereign wealth fund.

Produced using genetically modified yeast and fermentation, Impossible claims that their vegan patties are as juicy as the real thing, without compromising on taste.

The main components of the Impossible Burger are wheat protein that gives it its structure, potato protein that helps it transform as it cooks, the heme protein that creates the flavour and coconut oil for the fat, juicy richness.

The animal products industry is a $1.5trn industry worldwide and the UN Food and Agriculture Organisation has predicted that meat and dairy consumption will increase 70 percent by 2050. 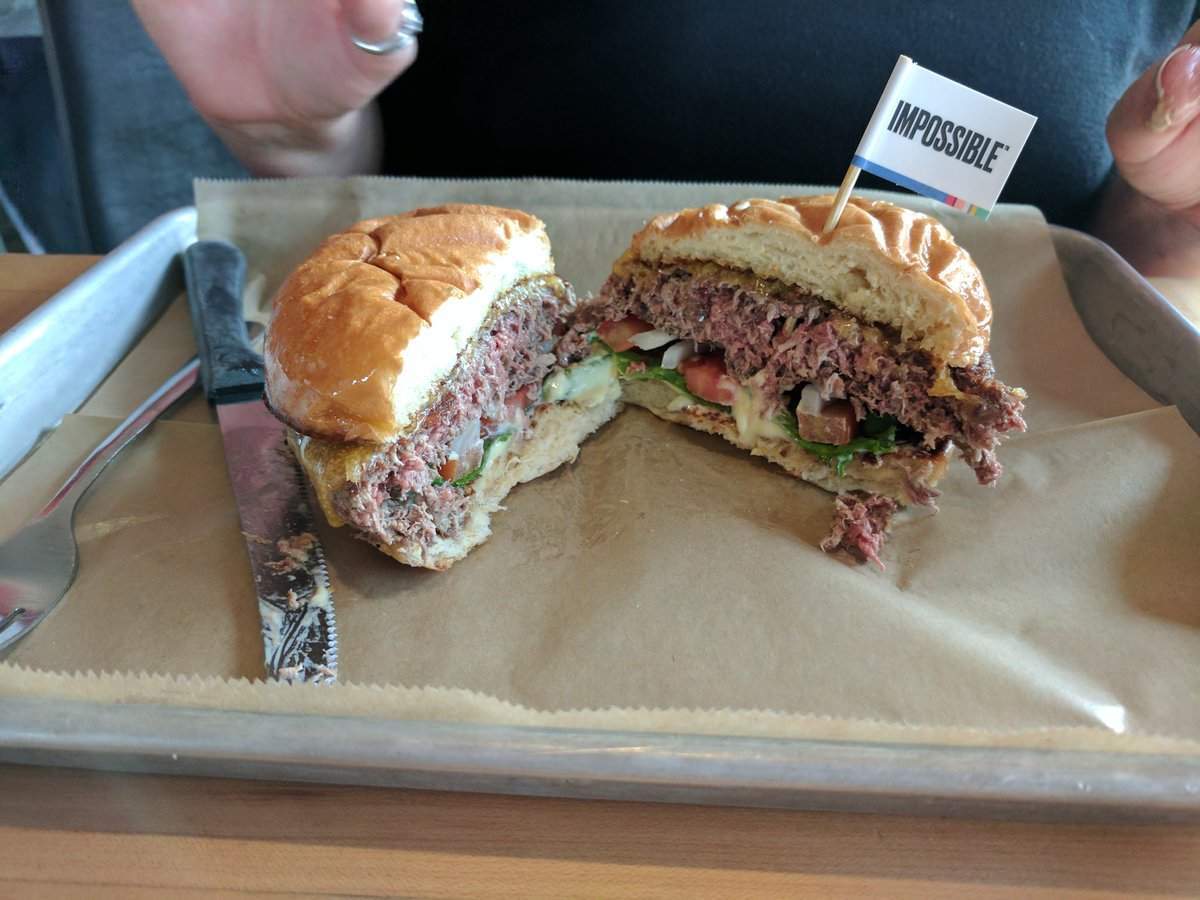 Earlier this month, Impossible was granted a patent for its use of soy leghemoglobin, or “heme”, an iron-rich compound in its meat substitutes.

“Our scientists spent so much time and effort studying a single molecule — heme — because heme is what makes meat taste like meat,” said Patrick Brown, Impossible Foods founder, who is a former Stanford University biochemistry professor and a champion of sustainable living.

However  the Food and Drug Administration (FDA) has not confirmed that heme is safe for human consumption, adding that it may be an allergen, according to documents obtained under a Freedom of Information request by the ETC Group.

The FDA wants the company to prove through additional testing that soy leghemoglobin — and the 40 other proteins besides heme that the Impossible Burger contains — is safe for humans, not just rats.

Although Impossible can continue to serve its burger in 43 restaurants across the US without FDA approval, the company plans to resubmit its petition to the agency.

“Our conversations with the FDA have been very constructive. We are 100 percent confident in the safety of our product and the heme protein,” says Halla.

Despite the ongoing debate surrounding heme, producing the Impossible burger is less harmful to the environment than the conventional meat manufacturing process, emitting 87 percent fewer greenhouse gases into the atmosphere.

The company’s emphasis on sustainability has helped attract investment, which has now hit $250m.

Impossible’s first large-scale production facility in Oakland is set to open in the coming weeks, part of the company’s push to sell burgers in 1,000 US restaurants within the next year.

Looking ahead, Halla says that Impossible will expand its offerings beyond burgers, replicating other proteins including fish, cheese and eggs.

Impossible is not alone in spotting a niche in the market, however. As consumer demand surges for plant-based alternatives, vegan versions of fast food staples are on the rise.

Last year alone, the search term vegan went up by 90 percent, according to data from Google trends.

Described as “Shake Shack without the meat”,  ByChloe attracted up to $13m worth of investment to help facilitate its expansion.

With locations in New York, Boston, Los Angeles and Providence, ByChloe’s first restaurant outside of the US will open in London’s Covent Garden this autumn.

Expect vegan bacon made from thinly sliced roasted shiitake mushrooms on the menu as well as tuna made from chickpeas.

Instead of Heinz 57, you can dip your sweet potato fries in beetroot ketchup. 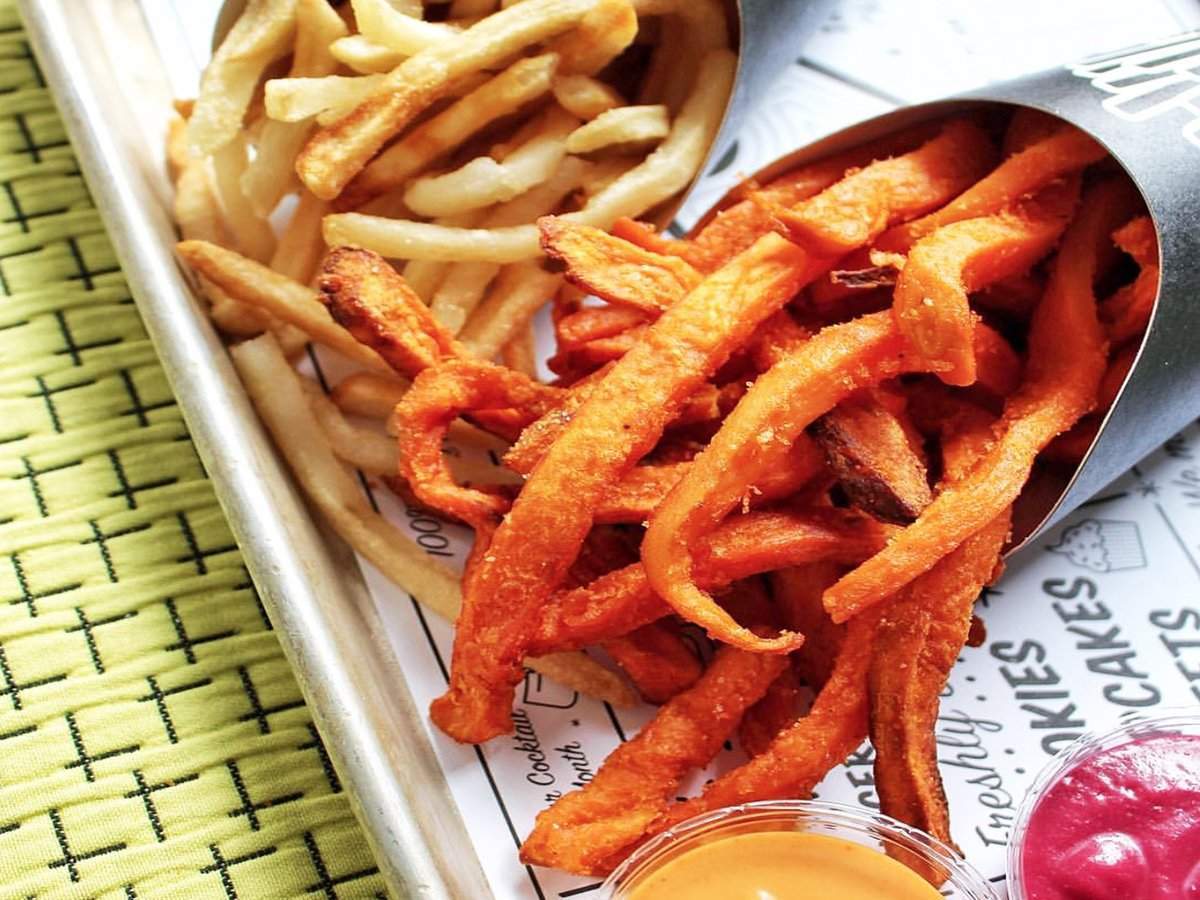 “We paid extra attention to the texture of our burgers — our guac burger hits you with creamy avocado, fresh corn from the salsa, a little heat from the chipotle aioli, and a nice crunch from the tortilla strips; to me it’s the perfect combo,” Samantha Wasser, the co-founder and president of By Chloe tells Verdict.

The company estimates monthly sales are as high as $500,000.

Another US-based vegan fast food chain Veggie Grill is also about to expand, thanks to significant financial backing from investors.

In October 2016, the chain announced it will open new outlets after securing $22m worth of funding from investors.

Ten years from now, plant-based fast casual will be the norm, and not the exception that it is today.

Unlike ByChloe, Veggie Grill won’t be coming to the UK anytime soon, but its first Midwest location will be in Chicago. 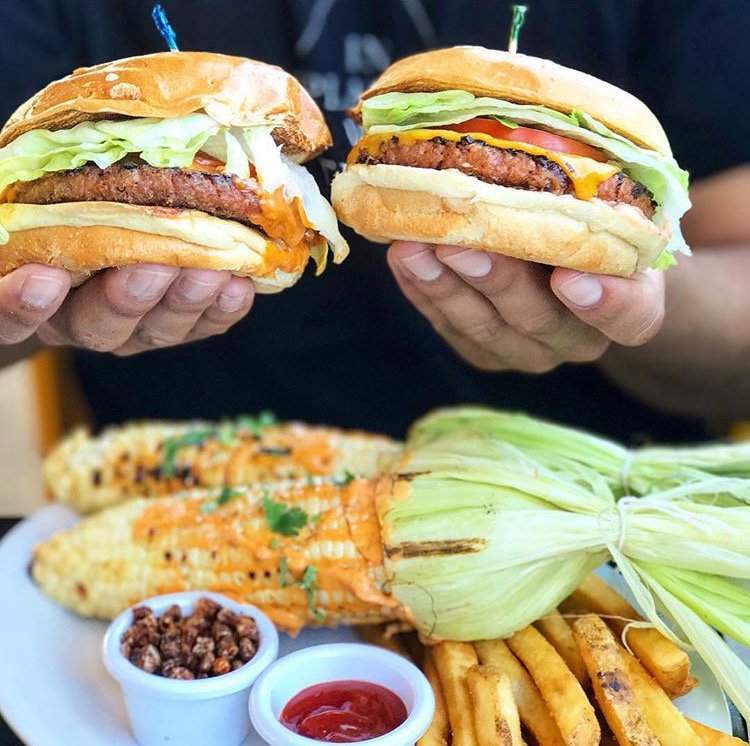 The chain also offers customers the VG Beyond Burger, a vegan patty that uses beetroot juice and changes colour when cooking — just like real beef.

Beyond Meat is the Los Angeles-based company behind the Beyond Burger. Its investors include billionaire Bill Gates, as well as food giants General Mills and Tyson Foods.

“The way we create our burger is similar to how pasta is made– we mix simple plant-based ingredients, compress the mixture, and then shape it into a final product,” a Beyond Meat spokesman tells Verdict.

Joining Whole Foods, Target, Safeway, and Walmart, Cincinnati-based Kroger, America’s largest operator of traditional supermarkets, started carrying the Beyond Burger at 605 of its stores in 13 states earlier this month.

On the other side of the Atlantic, Vurger Co is one of the few burger startups offering consumers a vegan menu, but it differs from many of its US counterparts.

“We’ve stayed away from trying to create a burger that bleeds like meat. It’s all about the vegetables on our menu,” Rachel Hugh, the co founder of Vurger Co tells Verdict. 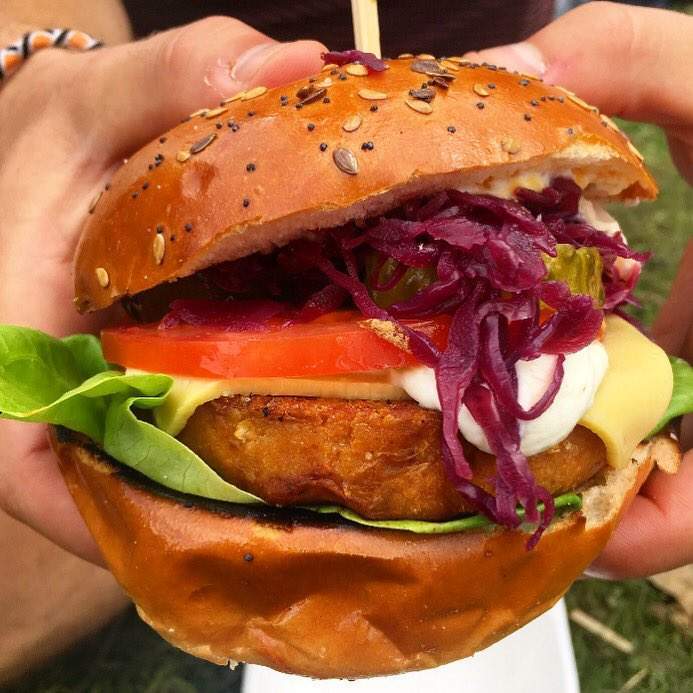 Earlier this month, Vurger Co’s stall at Wilderness Festival was a huge success, outdoing some of the real meat burger vendors also selling at the Oxfordshire event.

We worked 17 hour days for three days straight because the demand was so high. We were situated next to a chicken and beef burger place, but when people tried our burger they were shocked that it contained no beef.

“A lot of our customers don’t identify themselves as vegan or vegetarian so that shows how we’ve been able to tap into the mainstream market,” she adds.

It looks like fast food giants better watch out, before these startups make mincemeat out of them.