Verdict Magazine Issue 8 is out now, providing our customary deep analysis, long reads and comment articles into the biggest topics impacting the world of technology. In this March issue, we take a deep dive into the intersection where healthcare and technology meet. And for good reason.

But things are looking up. Vaccines are being rolled out. Social restrictions are easing. The world, or some of it, is slowly regaining a sense of normality.

That’s why it’s time to take stock. During the pandemic the Verdict team has been filled with a deep admiration for the achievements of medical professionals and scientists. To have not one but several vaccines ready for deployment within a year is nothing short of inspiring. It’s fitting then that this issue of Verdict Magazine focuses on healthcare.

AR, VR and beyond

In this issue, we take a deep dive into whether it is wise to entrust your mental health to the plethora of apps that have emerged and grown in popularity during the pandemic. We also checked in with one of the world’s first human cyborgs to find out how technology can fight back against terminal diseases and disabilities. And we also turn our attention to a startup that is using artificial intelligence to rewrite the rulebook on rare drug discovery.

Healthcare professionals have also found themselves at the centre of the growing cybersecurity crisis. We found out how the sector can protect itself from digital threats.

Away from the world of health, our reporters investigated the rise of e-scooters and how the coronavirus made the esports industry level up.

Read on for all of this plus the usual in-depth analysis and commentary in the latest issue of Verdict Magazine.

Healx: How AI is rewriting the economics of rare disease drug discovery

There are more than 7,000 rare diseases in the world but just 5% have an approved treatment. The high costs and low return of rare disease have left 400 million people worldwide suffering from illnesses that don’t have a treatment or where treatment is too costly to access. Yet it doesn’t have to be this way. Tim Guilliams is the co-founder and CEO of Healx. The Cambridge, UK-based startup is turning to the data-crunching power of artificial intelligence to rewrite the economics of drug discovery for the world’s rarest diseases. 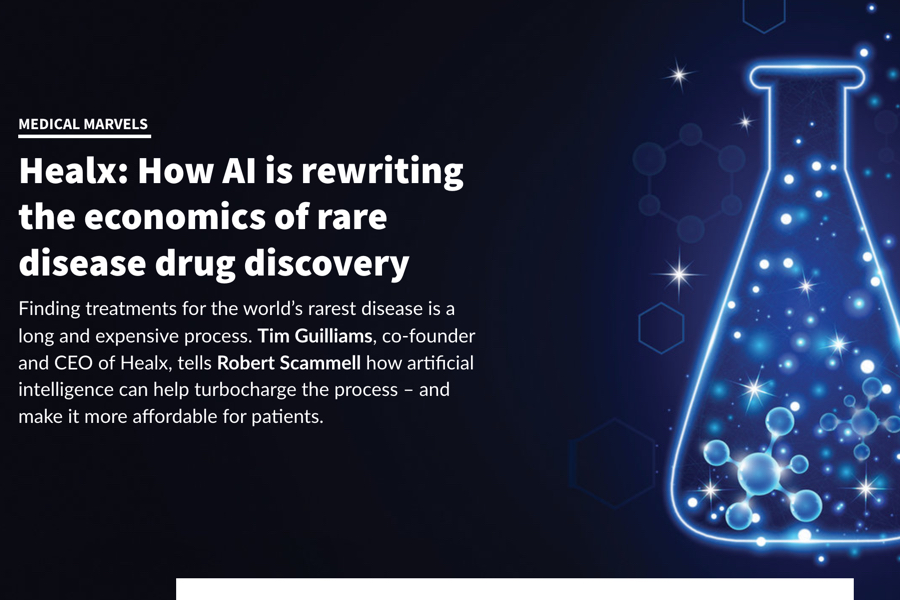 Could mental health apps offer a much-needed lifeline during the Covid-19 pandemic?

Mental health apps have surged in popularity during the pandemic. Searches for mindfulness apps jumped by 2,500% in March 2020, according to a recent study by the Organisation for the Review of Care and Health Apps. The researchers believed developers behind these solutions could help provide “safe, trusted and evidence-based technologies” just as the coronavirus crisis raised the demand for these solutions. The question is whether they really can. 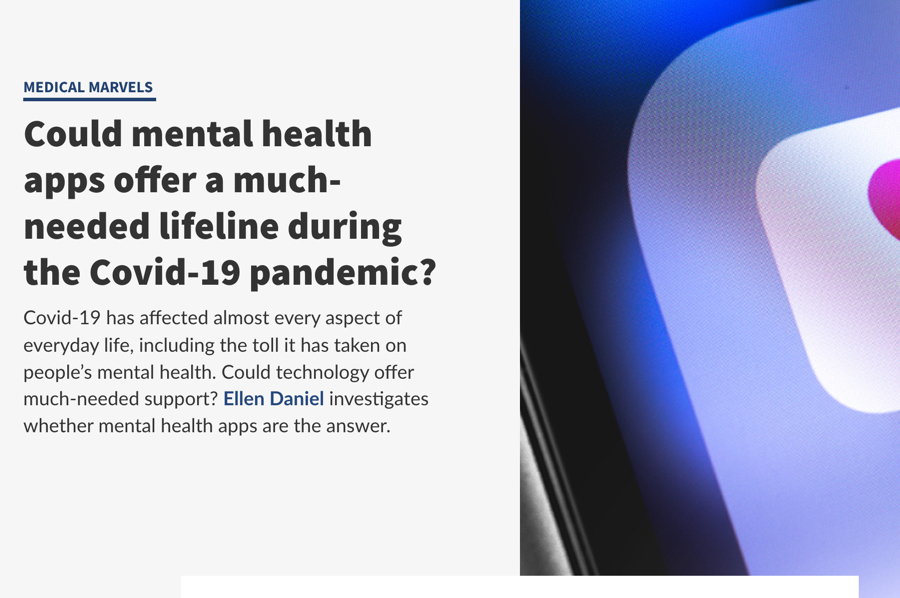 How an MND sufferer became the world’s first human cyborg

Scientist and robotics expert Peter Scott-Morgan was diagnosed with motor neurone disease (MND) in 2017. Like fellow MND sufferer Professor Stephen Hawking, Scott-Morgan was given two years to live. However, Scott-Morgan was determined to not give in to this terminal degenerative disease that often causes muscle paralysis. As he puts it in on his website, Scott-Morgan chose to not just survive, but to thrive with the help of cutting-edge technology. 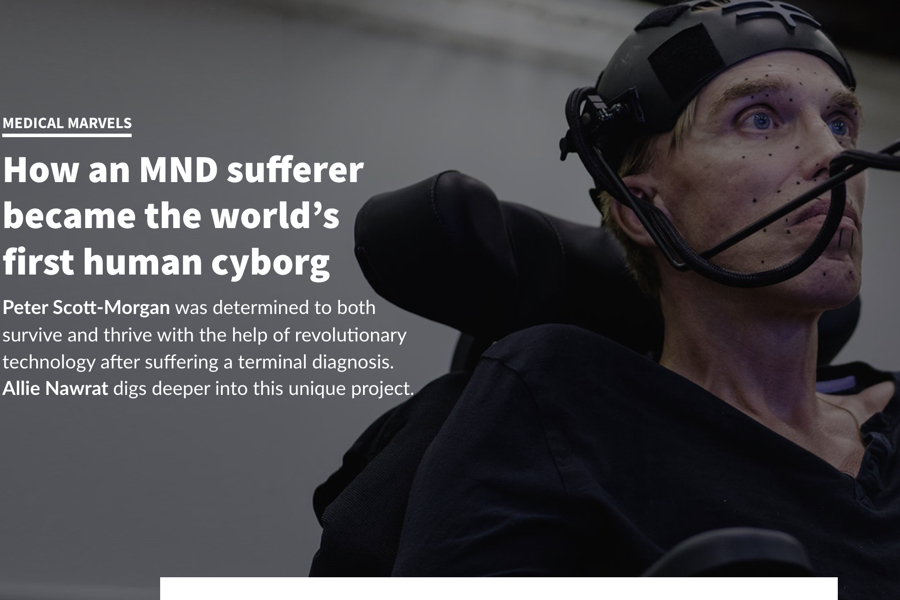 Code red: How the healthcare sector found itself at the centre of the cyber storm

Healthcare organisations are increasingly finding themselves the target of sophisticated cyberattacks as sensitive medical data continues to be an attractive target for criminals. 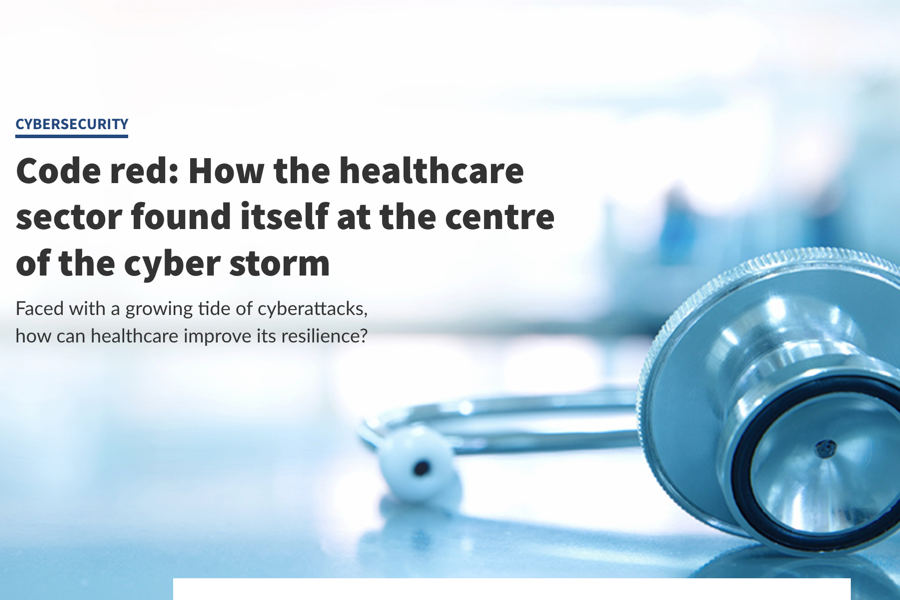 Why Ford is taking e-scooters for a Spin

Spin is riding the wave as e-scooters take over the streets across the globe. Since being acquired by the Ford Motor Company in 2018 for approximately $100m, the micromobility company has left its US home market and is now quietly gaining on its rivals on the roads of Europe. The deal marked the 118-year old automobile maker’s biggest move into the market segment and has enabled Spin to avoid some of the pitfalls its rivals have fallen into. 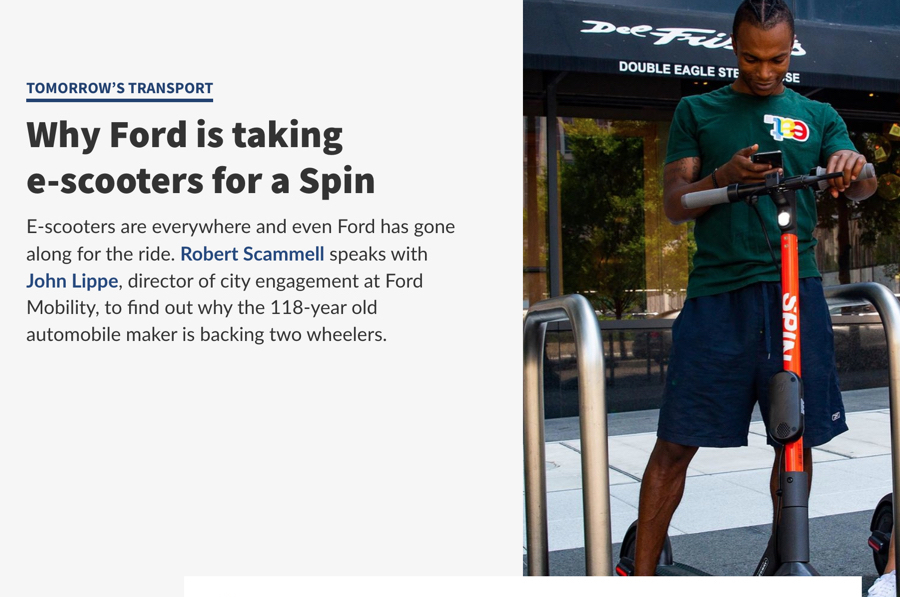 Taking esports to the next level: How has Covid-19 boosted the pro gaming industry?

While much of the entertainment industry was experiencing its worst year on record, esports was one of few to benefit from last year’s widespread lockdowns and social distancing measures. 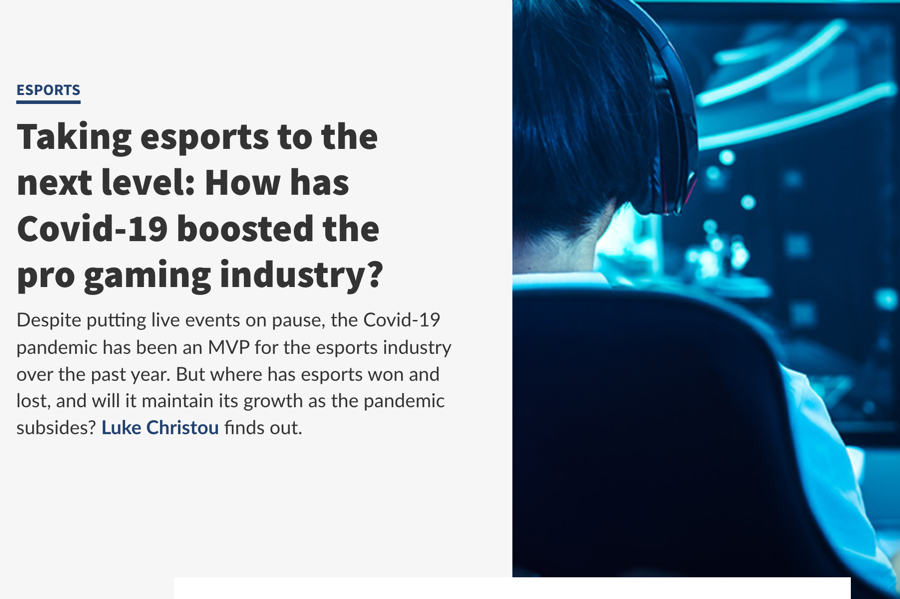 Despite recent progress, women are underrepresented in many technology roles. Anna Brailsford, CEO at not-for-profit social enterprise Code First Girls, explains what organisations can do to help. 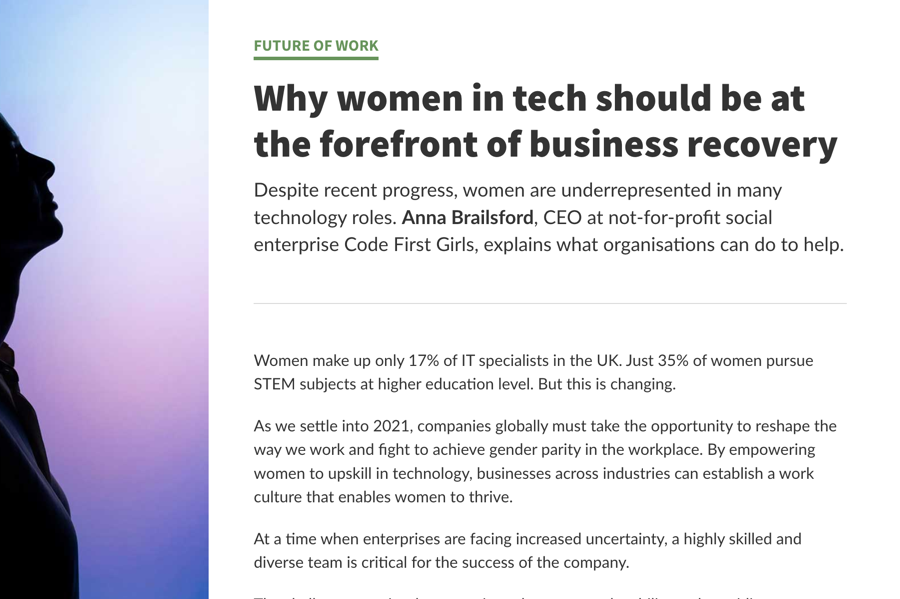 Bumble, Match and Facebook compete to become the one

Dating apps have become big business. Now, three massive companies are vying for a spot at the top: Bumble, the Match Group and Facebook. 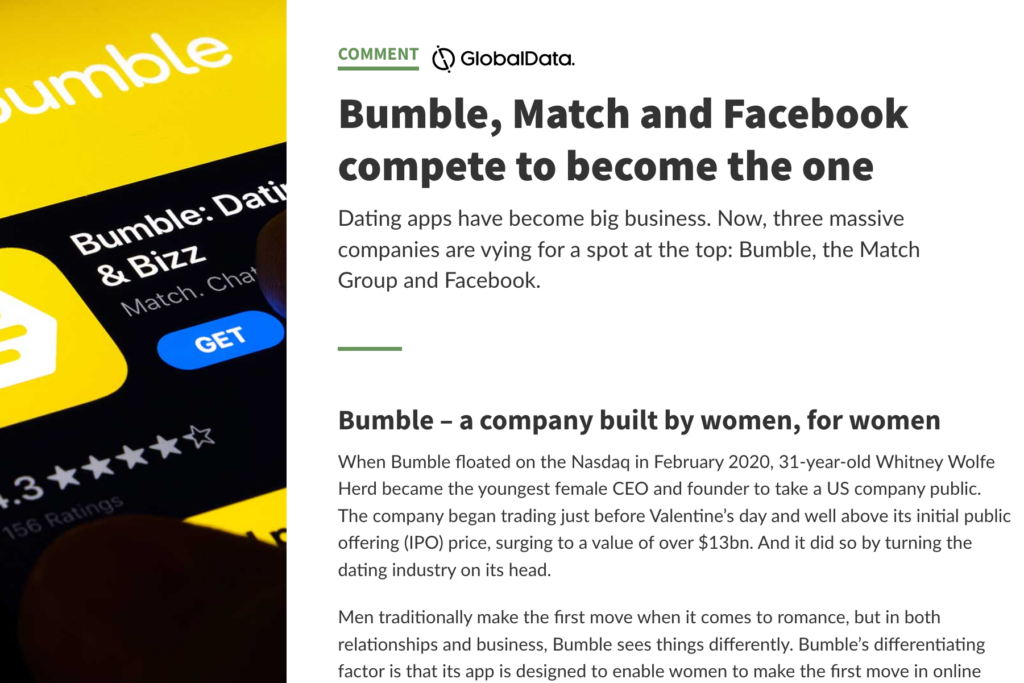 All this and much more technology news, analysis and long reads in Verdict Magazine issue 8. 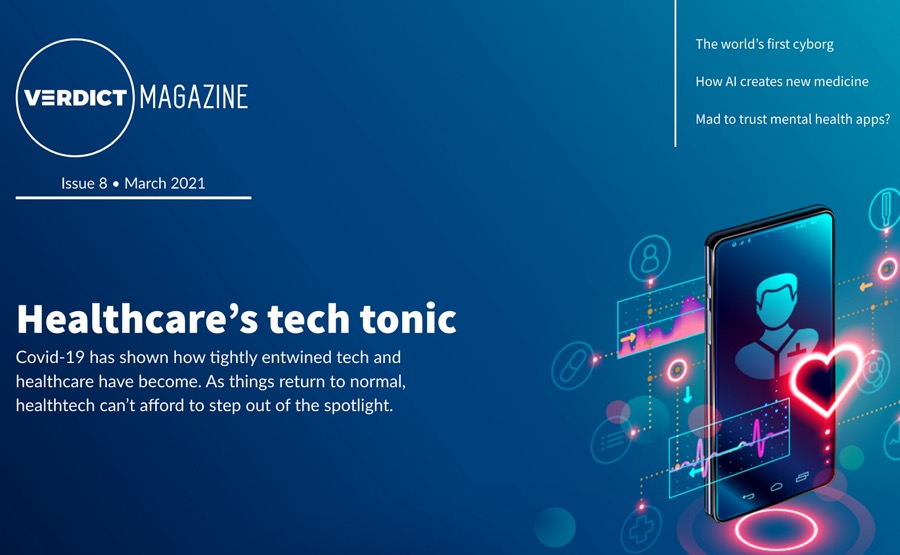