There is a widely accepted belief that artificial intelligence (AI) holds the potential to significantly alter the way organizations operate, vastly improving business outcomes.  Businesses conceptually grasp that the technology’s benefits range from increasing efficiency and productivity to enhancing the customer experience.  Yet, AI is still often viewed as a mysterious black box that yields little insights into how its findings are obtained, hindering adoption.

As show below, only slightly more than half of the respondents to GlobalData’s recent survey on emerging technologies felt that they fully understood artificial intelligence.

Close to 40% noted that they partially understood the technology; the remaining 6% indicated that they didn’t know anything about artificial intelligence. 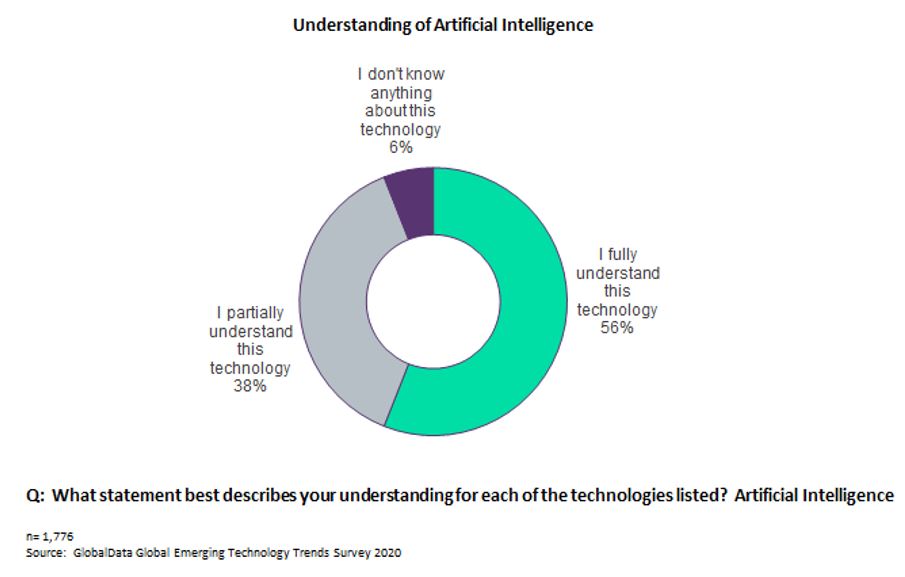 Building trust in AI is a significant challenge, but one that must be addressed with urgency.  Before decision makers act on the insights revealed by artificial intelligence they need to have confidence in its findings, which requires an understanding of how they are obtained.   And while artificial intelligence specialists may have the expertise to communicate the process to others, tools that easily allow lines of business users to better understand how models operate will go a long way in spurring action from AI-driven insights.

Several AI platform providers are addressing this challenge by promoting ‘Explainable AI’ tools.  These tools reveal the factors that contribute to AI model’s findings and provide a numerical score to convey the degree to which a date point influences results.

Lack of model understanding is just one of numerous challenges impeding business adoption of artificial intelligence, which can range from a lack of resources to concerns related to unintended bias in models. However, as with other challenges, it is one that is being addressed with new tools and capabilities that will undoubtedly become easier to use and more prevalent over time