Luxury car manufacturer Ferrari has opened its doors to a new exhibition, Ferrari: Under the Skin, at the Design Museum in London to celebrate the brand’s 70th anniversary.

The exhibition documents the history of the popular brand using £140m worth of Ferrari cars, Enzo Ferrari’s personal possessions and various concepts and sketches.

Alongside news presenter Jon Snow’s tie collection and an exhibition detailing the history of contemporary design, Ferrari’s collection of luxury vehicles isn’t out of place.

The car maker has been leading the way in car aesthetics for 70 years, setting trends and serving as a symbol of wealth and status. 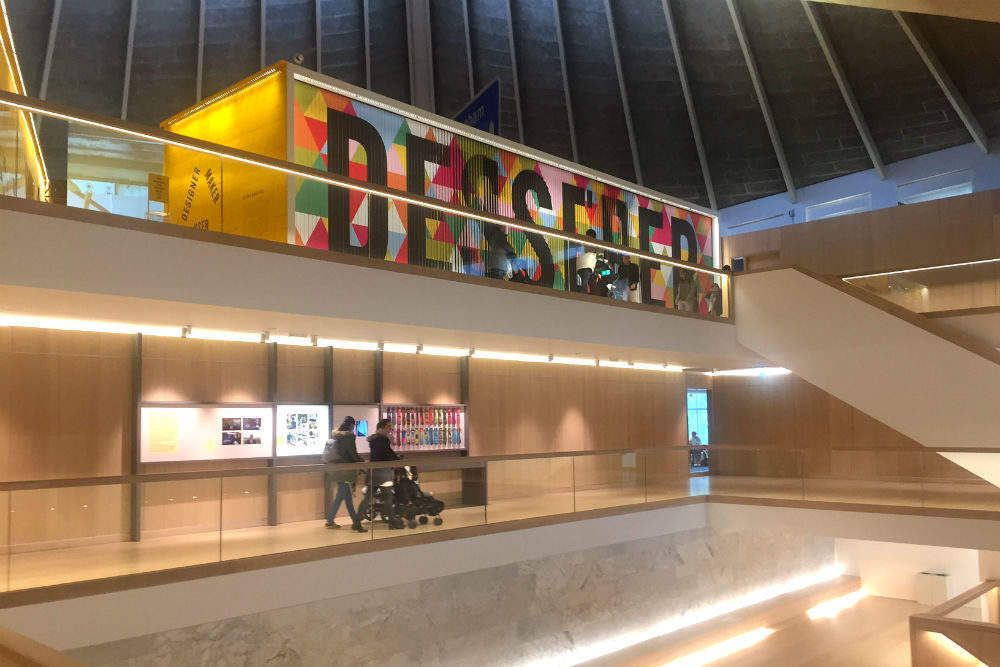 However, the Prancing Horse isn’t a one-trick pony. The brand also excels under the skin, pushing performance to the extreme to maintain its place as one of the world’s most desirable car brands.

The depth of emotion goes far beyond the external beauty of their cars. What excites me so much about this exhibition is the rare opportunity to glimpse behind the scenes and experience the dynamic between engineering, manufacturing and design, which produces Ferrari’s magic ingredient.

Ferrari fanatics can get a dose of that magic ingredient from this week, starting 15 November.

As Ferrari: Under the Skin opens its doors to the public, Verdict took a peek at what the exhibition has to offer.

A tour of Ferrari: Under the Skin 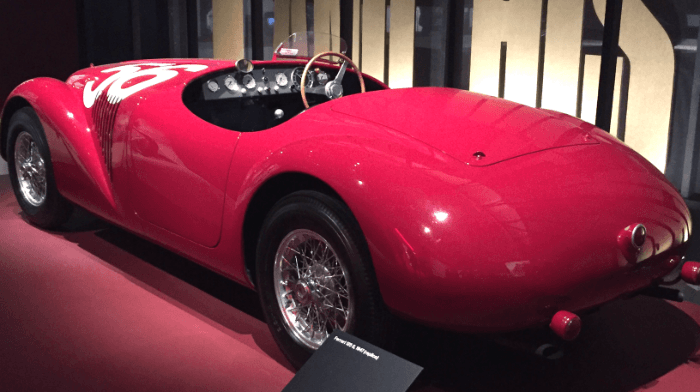 The exhibition throws you straight in with an insight into the brand’s early years.

An abundance of photographs, sketches and information fill the walls, but the spotlights are on this replica Ferrari 125 S.

While not founder Enzo Ferrari’s first design, this is the first car produced under the Ferrari name. 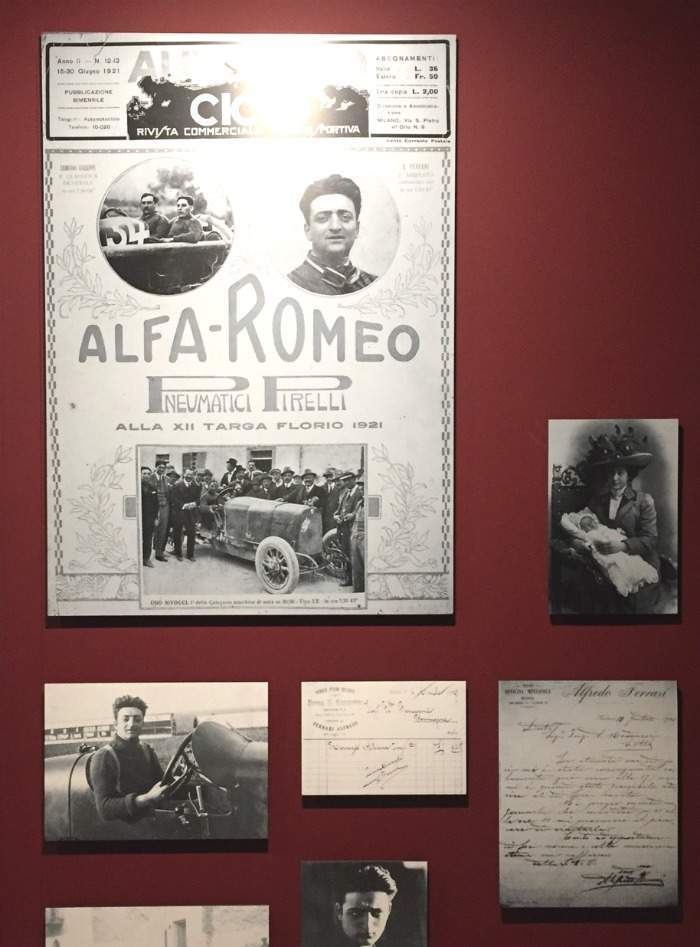 Cars may take centre stage at Under the Skin, but the exhibition also provides an insight into the brains behind the brand.

Various items have been collected to provide guests with some idea of what led to the creation of Ferrari, including these clippings and letters. 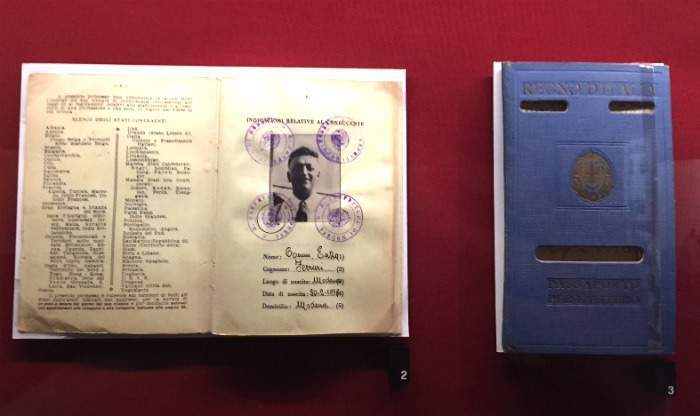 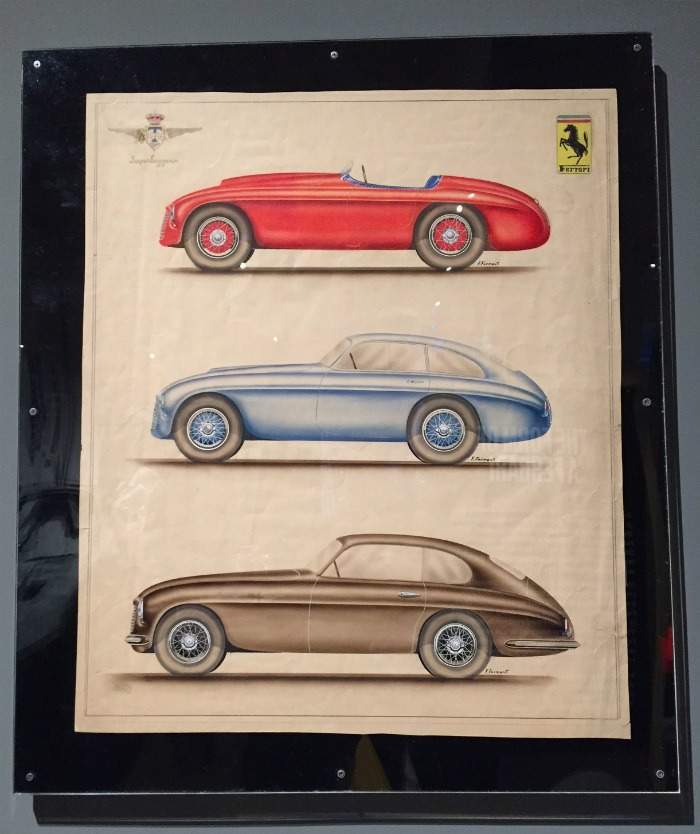 Renderings of a number of classic Ferrari cars 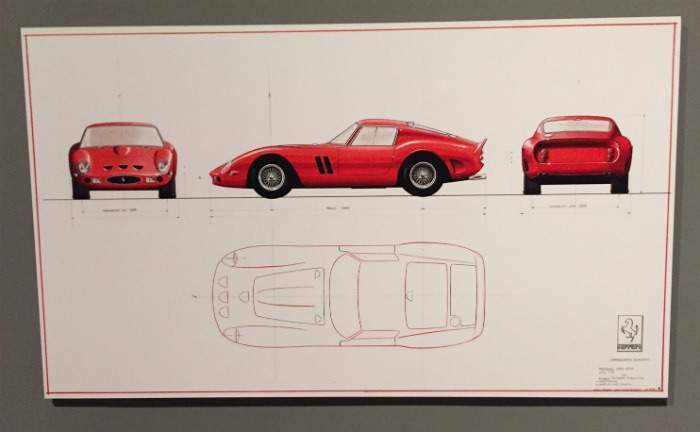 Ferrari cars have changed a lot since the 1940s, as too has the process behind the creation of these luxury vehicles.

Initially, designers hand sketched concepts to perfect the look and dimensions of a vehicle. 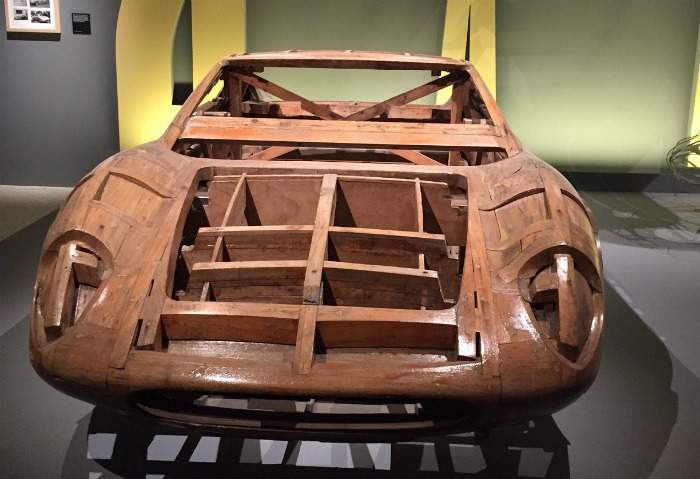 Wooden buck for the Ferrari 365 P

Full-sized wooden models of these sketches were then built, which served as a reference for the manufacturer when building the car’s body. 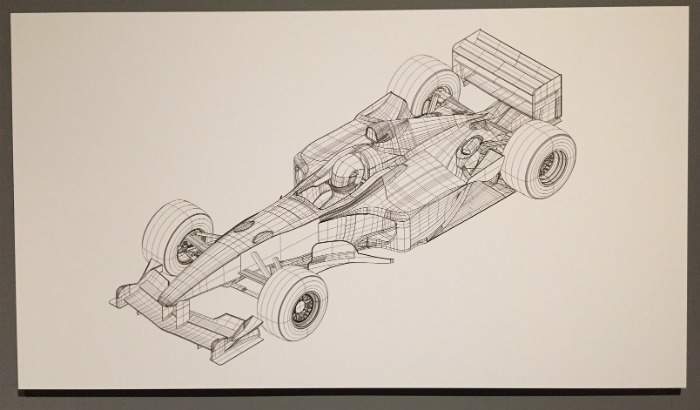 A computer-aided design sketch of the 2000 Ferrari F1

However, technology has now streamlined much of the work that goes into designing a Ferrari vehicle.

Manufacturers can now begin to test dimensions, function and safety before production begins. 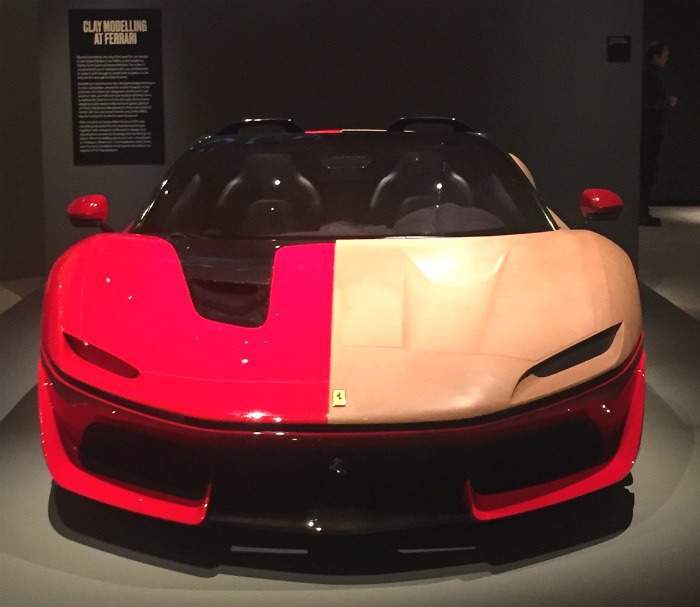 Pre-production models have come a long way too.

Rather than wood, designers now use clay to perfect the design ahead of manufacturing.

As a handy label points out, the Ferrari J50 above is actually a clay model, rather than the real thing.

Had they finished the paint job, even the most passionate of Ferrari fanatics would struggle to tell the difference.

Famous faces and their famous Ferraris 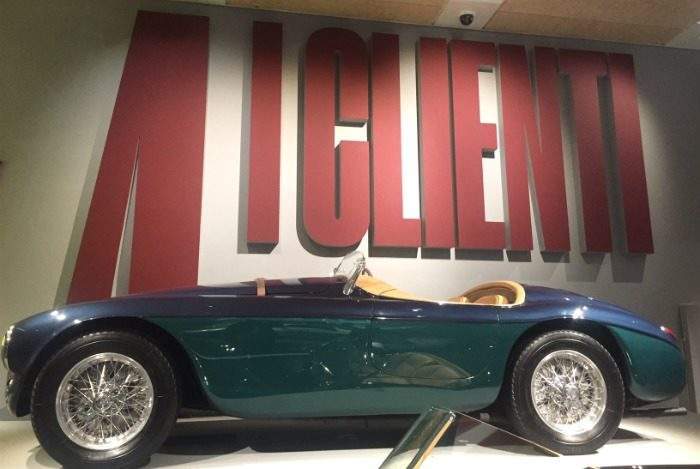 The brand has attracted its fair share of famous clients over the years. As the driving force behind Ferrari’s success, a portion of the exhibition is dedicated to their A-list drivers. 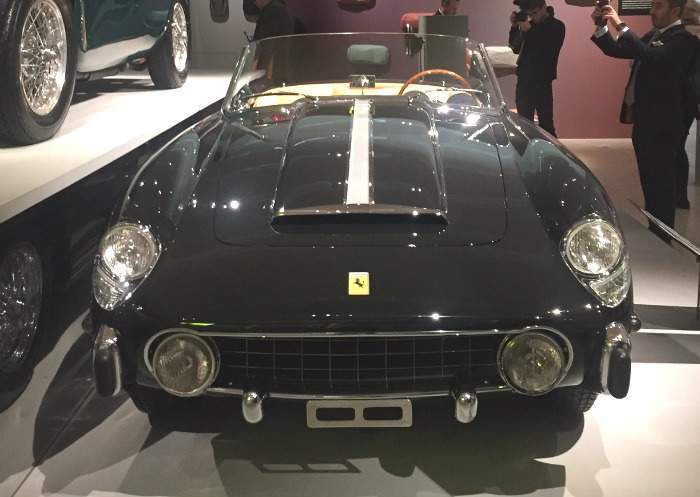 This vintage Ferrari 250 GT Cabriolet, once owned by British racing car driver Peter Collins, who raced for Ferrari in the 1950s, was a favourite among snappers. 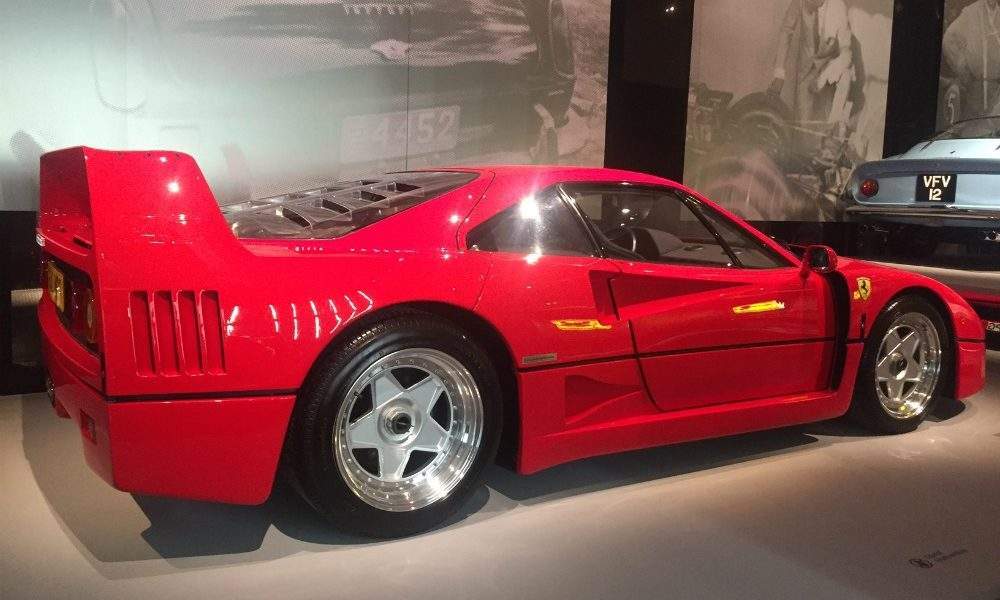 However, the rich and famous seem to prefer the 1987 Ferrari F40.

The likes of opera star Luciano Pavarotti, Pink Floyd’s Nick Mason, Rock and Roll Hall of Famer Eric Clapton and Rocky star Sylvester Stallone have all had this car in their collection.

Andrew Nahum, co-curator of Ferrari: Under the Skin said:

Ferrari represents an ideal case study in design and development. Ferrari uses the subtle and often unseen techniques of automobile design, but with the utmost care and precision. The exhibition provides an insight into the history and practice of the whole private world of automotive design. 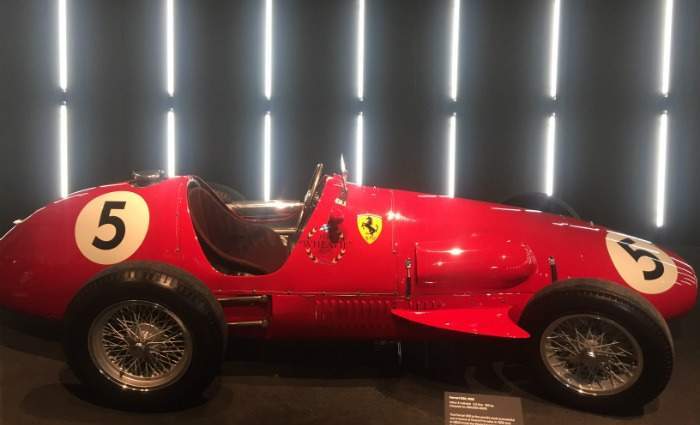 Celebrities are all well and good, but it is Ferrari’s success on the track that has helped the company to thrive.

It all started with this 1952 Ferrari 500, which greets visitors as they enter Ferrari: Under the Skin’s home straight. 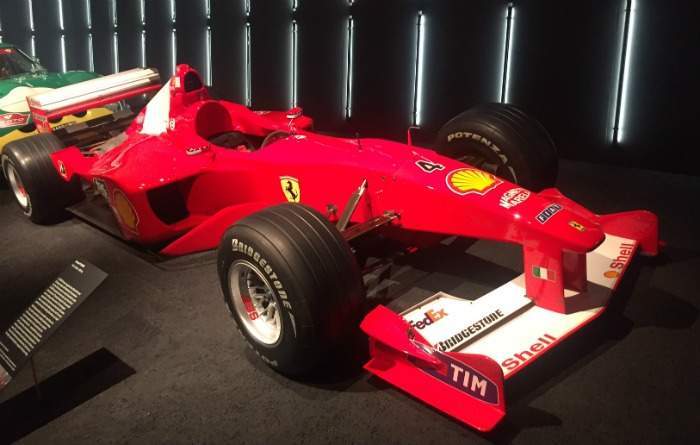 However, Michael Schumacher’s 2000 Formula One World Championship car is the rosso corsa cherry on top of this Ferrari-themed cake.

As one of motorsports’ most successful drivers of all time, Schumacher’s Ferrari F1 regularly guided his rivals towards the finish line. Now it guides visitors towards the exit.

Concept sketches of the 2013 LaFerrari

Ferrari: Under the Skin celebrates the car manufacturer’s history, but they aren’t letting you leave without seeing what’s still to come.

Ferrari’s LaFerrari hybrid has been breaking records in recent years.

Championing electric energy and taking Ferrari’s high performance offering to the next level, LaFerrari has set a precedent for what to expect from the future of Ferrari. 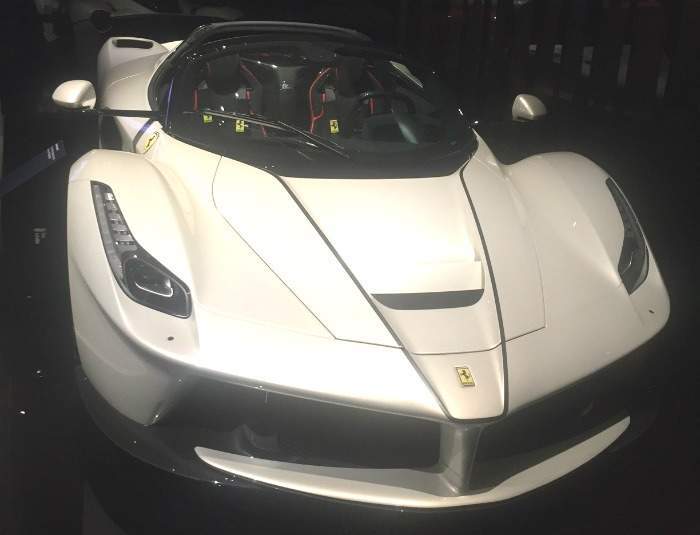 Ferrari: Under the Skin opened to the public on Wednesday, 15 November. The exhibition will remain open until 15 April, 2018. More information can be found here.