Many of Kenya’s major towns and cities have network coverage, but several rural and suburban areas with small populations often struggle to connect to a network.

In order to tackle the problem and help connect people to the internet in Kenya’s underserved areas, Telkom Kenya and Loon, a sister-company of Google, have partnered to pilot a new 4G network service in Kenya.

How do internet balloons work?

The two firms plan to launch high-altitude balloons which are designed to act as cell towers in the sky, providing Kenyans with 4G internet access.

Previous attempts to set up land based infrastructure in some areas have had several problems due to the sheer size of the region and the mountainous landscape.

The balloons have been designed to stay aloft for months. They are operated 20km above sea level to avoid damage and interference from weather and air traffic. The balloons are also powered by a solar panel and its coverage can extend over an area of 5000 square kilometres.

The first launch will cover an area of central Kenya which some operators have had problems servicing due to difficulties with the terrain.

Although this project is in its infancy, it has the potential to connect people to the internet and GlobalData forecasts indicate the mobile technology of Kenya will grow substantially in the future. 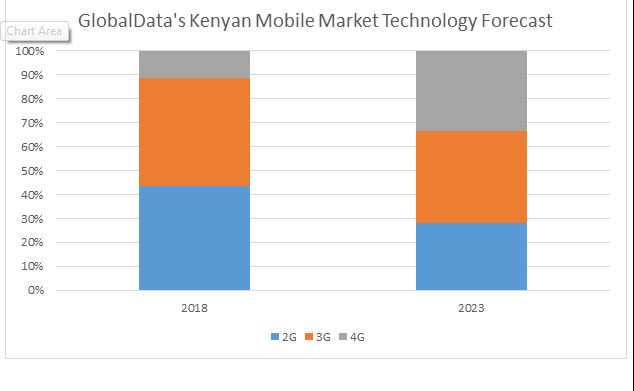