This year is the 50th anniversary of the UK’s Sexual Offences Act — legislation that decriminalised homosexual acts, meaning that two consulting adults couldn’t be charged for having sex.

The legislation was the first step towards gay rights as we know them today and since then a lot has changed.

In 2003 the UK put into place Employment Equality (Sexual Orientation) Regulations that outlawed discrimination of people in the workplace due to their actual or perceived sexual orientation.

In 2010, this was superseded by a new Equality Act. This act requires equal the treatment of all in access to employment as well as within private and public services, regardless of age, disability, gender reassignment, marriage and civil partnership, race, religion, sex or sexual orientation.

Still, despite the nominal protections for the LGBT community in the workplace, some still face discrimination.

According to one recent study by lobby group Stonewall over a quarter of lesbian, gay, and bisexual employees are not open about their sexual orientation to colleagues. A fifth report having experienced bullying in the past five years.

For trans people, things are even worse.

For a quarter of trans employees, this would encourage them to leave their employers.

It might be easy to argue that sexuality and gender should never need to come into the workplace and maybe that’s true.

However, for employees to feel unable to talk about their partners, the dates they go on, and the lives they lead outside of work, it takes a serious toll.

To be open about one’s identity at work can make all the difference, according to Stuart Barette, the trans lead of HSBC Pride.

He was recently named #1 on OUTstanding’s list of future leaders for LGBT people in the workplace. Speaking to Verdict about his coming out process, he revealed how being open about his gender identity has made him better at his job:

I’m not having to use energy up pretending to be someone that I’m not. I can just be me. It means I’ve got more energy to be able to just focus on doing my job. That’s really helped.

And, according to Barette, being able to talk openly about themselves leads employees to make businesses better for customers too:

We talk to customers and staff and we find out what issues there are, what are people’s ideas for making things better, how we could offer a better service, and how we could make things better, and then we just put those into practice. It’s not actually a complex model but having that dialogue with the right types of people, and using the diversity of our staff to put those things into practice. 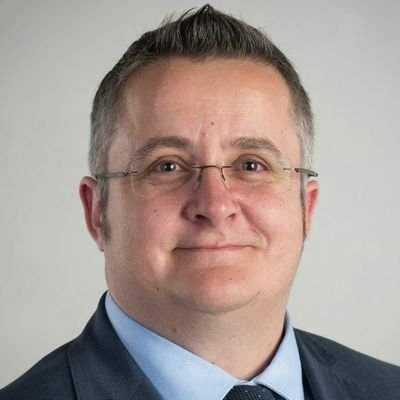 What employers have to do, and hopefully that’s what we’re doing at BUPA, is create an environment where people are happy and comfortable to bring their whole self to work. People must still make their own choices about what they want to share with people, but at a minimum, we should make sure they feel comfortable enough to do so.

Leading by example is the key tenet of the OUTstanding lists. These lists name the top LGBT executives and ally executives around the world.

They believe that large businesses and organisations need to have openly LGBT leaders to act as role models to their staff.

“I would like to think its getting better [for LGBT people in the workplace], but you’ve got the political climate of Trump and Brexit uncovering lots of hate against minority groups… There’s been a rise in hate crimes in the UK against LGBT communities.

“We’ve got to be more vigilant. We need the role models on these lists to be those shining lights in the darkness that’s happening around the world when it comes to inclusion…

And for Hynam, who was also named on the OUTstanding list, being an out gay role model is incredibly important:

“I think executives create an environment but also they can be role models. I think you can’t overestimate the impact that an individual leader can have. Seeing people that have got to senior roles that are happy to talk about that… that knowledge sharing with other people, just the awareness of it does have an impact. 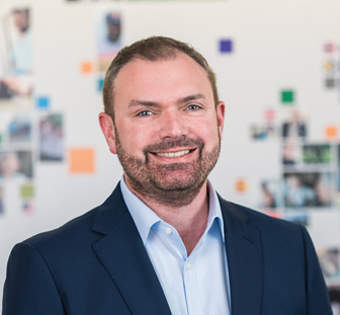 Supporting the community itself

And while being a role model is one thing, it’s also important for members of the LGBT community to support one another. Barette believes that support starts with education:

“You see a lot of allies networks which focus on just the heterosexual allies, as opposed to LGBT people from different sections of the community being allies to one another.

“I don’t think it’s just a case of ‘oh we’d like them to stand up for us a bit more’… I don’t think they always know what the issues are and what they can do to help us. If we can find a better way of helping them to help us; for example, trans ally training… If we use that and roll that out amongst the other people, they can understand how better to help us.”

What can businesses do to be more supportive to LGBT staff?

To get one the OUTstanding list as either an ally or an executive, one has to actively support the LGBT community. That’s not just a few donations or a handful of Pride tweets. Sandhu explains:

You have to be able to show what you’re doing for the LGBT community. The kind of things you should be doing include being visible in your support for the LGBT community, being out and being visible, mentoring the next generation, are you hosting events? Are you funding your employee resource group? You have to engage allies. Are you an executive sponsor? Are you supporting LGBT charities or NGOs?

Hynam agrees, saying that the ‘tone from the top’ is vastly important to how a business will function. Ensuring that tone is correct can make the world of difference.

But for Barette, that tone must be decided by staff members. Speaking to staff members from the LGBT community is key to building a solid company ethos:

“I’d say they should talk to their staff. It’s good if they have an LGBT group. Ask those people for advice, what things cause problems, and then fix those things. If you haven’t got one of those, go back to your network for advice. Sometimes things are different ages, like different countries for example.

“Also have a place where you display all the information clearly so that anyone who is thinking about coming out can go and find that information without having to out themselves to find it. That’s really important.”

Business as a force for change

Thankfully, in the UK, LGBT rights are in the mainstream. With issues like equal marriage, anti-discrimination laws, the LGBT community enjoys many privileges that are not available to their counterparts overseas.

But can business be a force to change that?

The consensus amongst the three men we spoke to is that yes, it can. Hynam commented that business leaders can play an active and hugely significant role in inclusion:

And Sandhu expanded on his point, adding that while it was important for businesses to be a force for change, it’s also important that they don’t seek to influence things at a political level.

“It’s great protecting LGBT people within their office but once they step out they could be arrested for being LGBT. It’s about asking what kind of quiet words can they have with those governments to try to exert their economic power to try to influence policy in those countries to benefit LGBT people.

“So when they’re investing in infrastructure or building new offices and creating jobs in somewhere like Delhi where they recriminalised homosexuality in the last few years, they should have a moral obligation to be having conversations with the government about the economic impact of not being more inclusive to LGBT people!” 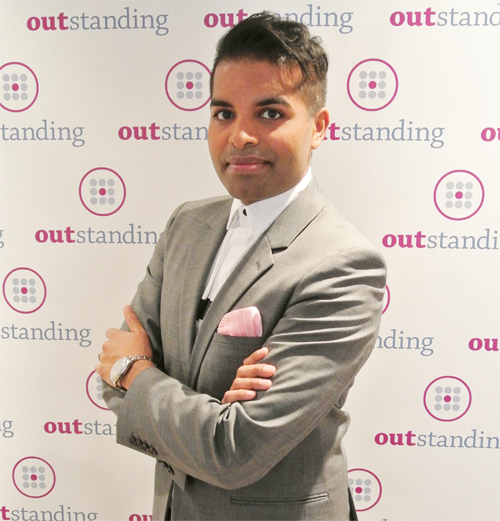 Advice for those who are thinking of coming out at work

Of course, all of this is a moot point if staff are still afraid to be open about their personal lives at work. So what advice would a business leader offer a colleague who was worried about coming out at work? David’s advice was simple:

I would say talk to people, seek contributions from people you trust. Be a bit brave. And if in doubt, find the role model you look up to and see what their story is!

The message is clear and simple — every LGBT member of staff can help to encourage and support the rest of the community. However, they can only do so with the support of business leaders and allies.