The Mexican government is currently supporting the implementation two ambitious infrastructure projects to expand mobile and fixed broadband infrastructure across the country.

One is the Red Troncal de Fibra Optica, a 25,000Km wholesale fiber network owned by the Federal Electricity Commission (CFE) that the government aims to enable to deliver broadband service across the country.

The other is the country’s wholesale mobile network Red Compartida, already providing 4G coverage to 26,744 towns, equating to 50% of the country’s population. 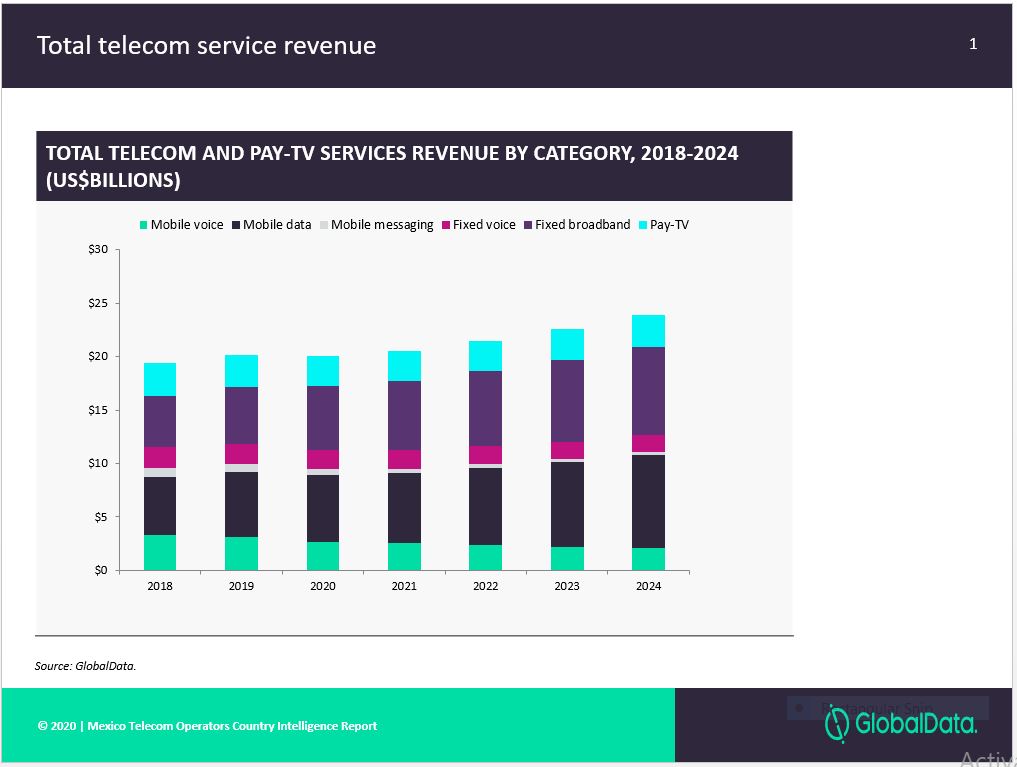 Total telecommunications and pay-TV services revenue in Mexico will expand at a CAGR of 3.5% during the 2019-2024 period.

The mobile data segment, which accounted for 30.3% of the total telecom service revenue in the market during 2019, will remain the largest revenue contributor throughout the whole forecast period, expanding at a CAGR of 7.2%.

Meanwhile, the fixed broadband segment will be the fastest growing, expanding at a CAGR of 8.8% during the same period.

Growth will be supported by ongoing fixed broadband network investments from operator’s as well government-driven initiatives such as Mexico’s broadband development plan and “Internet for All”.