Over the past eight weeks, the prince has crisscrossed the globe on a diplomatic charm offensive to seal investment and military deals for the Kingdom.

In his first trip abroad as heir to the Saudi throne, he met celebrities such as Michael Douglas in LA, hobnobbed with members of the British and Spanish royal families and talked business with billionaires Richard Branson and Bill Gates.

The visit comes at an extraordinary moment in Saudi Arabia’s history, as the young prince launches a fleet of reforms designed to modernise society and diversify the economy away from oil.

The first stop on his maidan tour was Egypt, where he agreed to set up a $10 billion joint fund with Egyptian President Abdel Fatah El Sisi.

The fund will develop a futuristic 1,000 square kilometer mega-city in the Sinai desert.

The development will be on the Egyptian side of Neom, a $500 billion project for an industrial free-zone in Saudi Arabia unveiled last October. 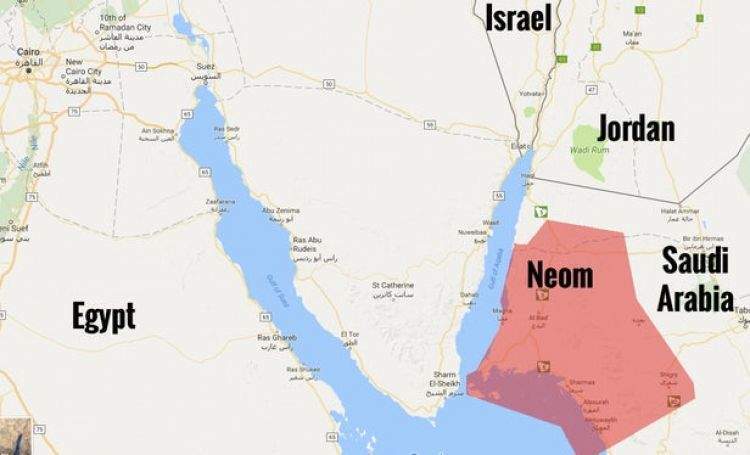 Prince Salman’s next stop was the UK, where Saudi entities signed commercial deals worth more than £1.5 billion with British firms.

Over the 3-day visit, a total of 18 economic agreements were signed by British and Saudi entities spanning education, pharmaceuticals and banking sectors.

The UK has banked on Saudi Arabia as a new post-Brexit market for its financial services sector, while the crown prince sought to convince investors that the Kingdom is modernising and open for business

State-run oil giant Saudi-Aramco also penned eight deals worth $10 billion (£7.07 billion) with French firms including one with Total to build a petrochemical complex in the oil-rich Kingdom.

The Jubail plant on the west coast of the Arabian Gulf is expected to produce 8,000 new jobs in Saudi Arabia.

A three-week marathon tour of the US saw the Trump administration sign off on $2.3 billion in arms sales with Saudi Arabia.

The Kingdom bought 6,700 anti-tank missiles, $300 million in parts for the Saudi helicopters as well as tanks and artillery.

The coast-to-coast visit was capped off with a $1.3 billion deal for 108 artillery-firing vehicles called Paladin howitzer systems, a cross between a tank and a cannon.

Whilst in New York and Silicone Valley, the young prince met with tech titans from Amazon, Uber and Google.

During a flurry of meetings in New York, state-oil giant Aramco signed a deal with the head of Google’s cloud business to establish a national cloud service provider.

The prince also held talks with head of online retail giant Amazon, Jeff Bezos on setting up a data centre in the Kingdom.

As a result of meetings during the visit, Saudi Arabia and Snapchat are now in advanced talks for Snap to open an office in the Kingdom.

If successful, this could make the US startup one of the first western social media companies to establish a physical presence in the conservative society.

During a meeting in Washington DC with Trump’s son-in-law Jared Kusher, the crown prince held talks on a different kind of deal, for peace between Israelis and Palestinians.

Prine Salman’s final stop was Spain, where he met with the Spanish monarch Prince Felipe VI.

During talks at the Spanish Defence Ministry he also signed a ‘framework deal’ to buy €1.8 billion worth of warships from France.

According to the agreement, the Saudi Defence Ministry will buy five small corvettes ships from ship-builders Navantia.

A naval construction centre will also be built in Saudi Arabia with the help of the Spanish army, who will train Saudi military personnel and contractors to build the infrastructure for the project.

Rights groups including Greenpeace and Amnesty International called on Madrid to halt the sale, which had been under negotiation since 2015.

The NGOs raised concerns that the ships would be used in an on-going war in Yemen.

The deal, that is expected to save thousands of jobs in Spain’s struggling shipyards, went through anyway.

During their stay, the royal entourage of 600 advisers and servants took over an entire five-star hotel in the Spanish capital.