The average smartphone owner touches their phone 2,617 times a day. Things would be a lot different if it weren’t for the first-ever smartphone, Simon.

The smartphone turns 25 tomorrow. Here’s how it grew into what we know it as today.

When was the first smartphone invented?

Created by IBM, the Simon Personal Communicator was truly revolution. It was the first phone to combine the functions of a cell phone, i.e you could make calls, and a PDA, which back then was a handheld device you could use for emails and to send faxes.

You could even receive pages, remember those? 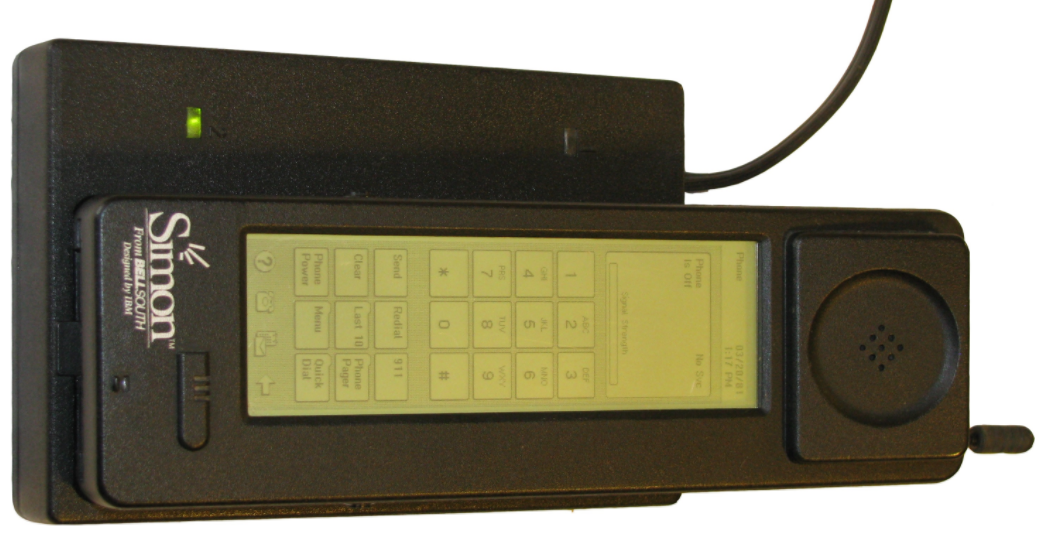 The first smartphone, Simon, made by IBM

Even back then, smartphones were expensive. With a contract, the price of Simon was around $899, which is about $1,435 in today’s money. And you thought the iPhone X was expensive (though its battery reportedly only lasted one hour).

Around 50,000 Simons were sold in the early 90s, which may not seem like a lot but it was the first ever smartphone. The legacy of the early Simon lives on in every iPhone or Android smartphone you buy today.

Here are the other great milestones of the smartphone device.

The first Blackberry – released in 1999

Blackberry was next on the smartphone bandwagon, releasing its device in 1999. This was the company’s first portable email device, so technically not a smartphone.

That came a few years later in 2002, with the release of the Blackberry 5810 which could make calls too.

Blackberry was the company that pioneered the full QWERTY keyboard, soon to be replaced with touch screens. RIP.

The first iPhone device is considered to be the time that smartphones hit the mainstream. Released in June 2007 and announced by Steve Jobs, it revolutionised the mobile market.

The first iPhone was only £470 for an 8GB model. It didn’t even have 3G capability. Around 6m of the devices were sold, before the arrival of the iPhone 3G which saw the original discontinued. 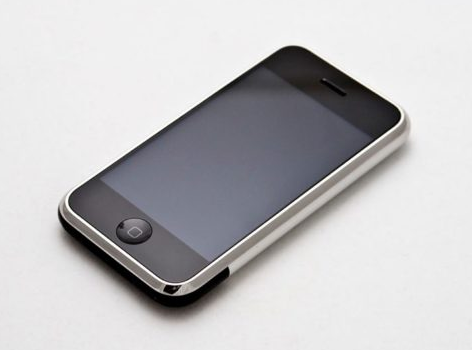 The first iPhone, released in 2007

The iPhone truly became a smartphone when you could customise the software on it, which you could in July 2008 with the release of the first App Store.

First pioneered by Apple, with the iOS App Store, the term was later adopted by Google’s Android when it began releasing smartphones.

It was so popular, there were over 10m downloads of apps in the first weekend of its release. At the time, Jobs called it a “grand slam”.

In the first quarter of 2016 alone, 17.2bn apps were downloaded on iOS and Android devices.

The first Android phone – released in 2008

Android is the dominating operating system in the smartphone market, reaching over 2bn monthly active users in 2017. But it wasn’t always this way, with its first smartphone released a whole year after Apple’s iPhone.

The first Android device was the HTC Dream or the T-Mobile G1 if you were in the US. It had a sliding keyboard and had a multi-touch screen, though this wasn’t supported on all devices, 3G, Wi-Fi and a three-megapixel camera.

According to analysis company Statista, the number of smartphones users in the world is expected to reach 2.71bn by 2019.

This is still only 36 percent of the world’s population, demonstrating that smartphones still have a long way to go.