The Snap share price has dropped after hours in New York after the Snapchat parent company announced its latest redesign of its disappearing messaging app.

Snapchat’s young user base have begun to eschew the app after its redesign at the end of last year — with high profile users criticising the service and millions signing a petition demand it reverts.

Kylie Jenner was one of those who slammed the new look earlier this year, sending shares in the company sharply lower at the time.

sooo does anyone else not open Snapchat anymore? Or is it just me… ugh this is so sad.

The Snap share price is now nearing a fresh new all time low, dropping under $11 in after the market close last night. 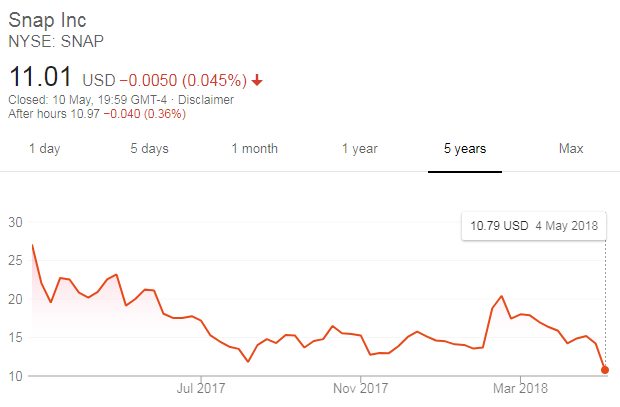 Snap said yesterday it will push out an update to iPhone users that puts friends’ messages and posts back into chronological order, and separates its so-called stories from one-to-one chats.

There will also be a separate subscription feed, designed to make it easier to follow stories from select publishers and creators.

The Snap share price took a sharp dive in early May — with shares ditching 20% — after the company reported that the Snapchat redesign had hit user growth.

Spiegel said on the company’s earnings call on 1 May:

We learned that combining watching stories and communicating with friends into the same place made it harder to optimise for both competing behaviours.

The redesign created a lot of new opportunities, and we look forward to continuing our efforts to refine and improve Snapchat.

Meanwhile, a survey has suggested Snapchat’s redesign has erased over two years’ worth of positive feelings among its key millennial age group.

Pollster YouGov yesterday revealed that since Snapchat began rolling out its controversial redesign late last year, the app’s Impression score — which asks consumers if they have an overall positive or negative impression of a specific brand — has tumbled from a high of 30 in late January to a low of just eight in early April with young Americans aged 18-34. 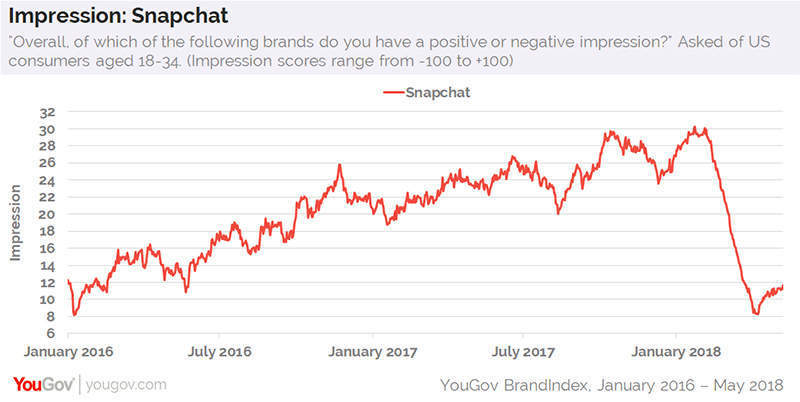