The New England Patriots will line up against the Philadelphia Eagles on Sunday in what will be another huge year for American football’s showpiece game.

That game, the only Super Bowl in history to go to overtime, will surely go down in history as one of the most exciting ever played.

At least 30 Super Bowl records were broken or tied in Texas last year.

However, before the Big Game has even kicked off, Super Bowl LII (52) has already started to outdo its predecessor.

Data provided by Fanatics, the world’s largest seller of licensed NFL gear, shows that most Philadelphia Eagles and New England Patriots merchandise has been purchased since their Conference Championship victories than in any of the previous seven Super Bowls.

The Super Bowl XLIX [49] previously set the record in 2015. However, Patriots fans have already purchased 50 percent more merchandise than Seattle Seahawks supporters did in the run up to Super Bowl 49.

Unsurprisingly, Brady merchandise is selling best, as the five-time Super Bowl winner looks to break a record of his own on Sunday. More of Brady’s number 12 jerseys have been sold following the AFC Championship game than any other year that the Patriots made it to the Super Bowl.

Will Brady become the most successful player in Super Bowl history?

If the opportunity to become the joint more successful player in Super Bowl history was the motivation that helped him throw the Patriots to victory last year, we can expect Brady to be at his best again in Minneapolis.

Brady has the chance to break a number of records during Super Bowl LII. Victory on Sunday would make him the first quarterback in history to lead the NFL in passing yards and win the Vince Lombardi trophy in the same season.

Tom Brady led the NFL with 4,577 passing yards this season

Likewise, he could also extend his lead as the player with the most Super Bowl MVP awards. Brady claimed his fourth MVP award last year and will undoubtedly be among the contenders again this year.

No stranger to broken records, those ones won’t matter too much to Brady.

However, he will also have a chance to move ahead of Charles Haley, a former San Francisco 49ers linebacker who shares his haul of five Super Bowls. That would confirm Brady’s hall of famer status and support his claim to the title of the greatest of all time.

Minneapolis hopes to make this one to remember

With teams, players and coaches fighting to make 2018 another record-breaking year, Minneapolis will be hoping to get in on the act.

Super Bowl XVI, played in Michigan’s Pontiac Silverdome, has held on to its place as the coldest Super Bowl on record since 1982. Temperatures in Michigan on the day fell to as low as -9 degrees Celsius.

However, Minneapolis, the host of this year’s event, should take that title this year.

While we won’t know until the day, but Weather.com predicts that temperatures will plummet in Minnesota on Sunday. Weather’s forecast expects highs of -13 degrees. Temperatures could fall as low as -18 degrees. 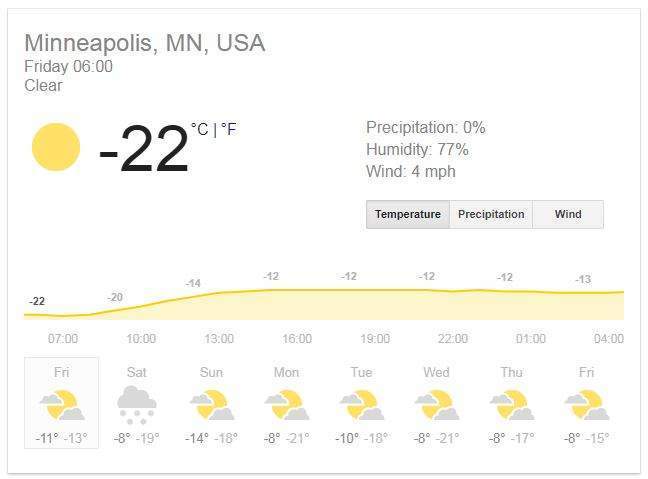 Thankfully the US Bank Stadium, where the Big Game is being held, isn’t an open-topped stadium.

Those in attendance will be basking in temperatures of 21 degrees inside the heated arena.

That bodes well for Super Bowl LII’s chances of breaking the data usage record set at Super Bowl LI last year. Smart phones struggle to perform at their best in freezing conditions, which would make it difficult to top the 11.8 terabytes of data that was transmitted at the NRG Stadium during last year’s game.

According to Extreme Networks, the official Wi-Fi provider of Super Bowl LI, data consumption inside the stadium climbed from 10.1tb to 11.8tb year on year. That came following a 63 percent increase between Super Bowl 49 and 50.

According to Norman Rice of Extreme Networks:

“Super Bowl 51 was the most connected one day event in history.”

However, past years suggests that Minneapolis will take that title on Sunday.

Broadcasters will be the big winners

Viewership figures have fallen in the two years since Super Bowl XLIX became the most watched broadcast in the history of American television back in February 2015.

It would be a big ask to beat the average of 114.4m viewers that were watching on that occasion, but never say never in sport. Few would have envisioned the New England Patriots becoming one of the most successful teams in NFL history when they claimed their first Super Bowl title back in 2002 and look at them now.

This will be NBC’s first time hosting since breaking the record in 2015 and the broadcaster has a solid history of topping their previous viewership numbers. NBC came out top against Fox and CBS on their years between 2010 and 2012.  Likewise, NBC also set the record in 1996 with 94m viewers, which stood until 2008.

It’s impossible to say whether NBC will break its own record this year. However, the broadcaster is Sunday’s winner regardless.

The company’s vice president of advertisements, Dan Lovinger, has stated that they expect to break the record for single-day revenue generated by one company on Sunday.

With a 30-second ad slot costing an average of $5m and an average of 80-100 adverts shown during each Super Bowl, Lovinger projects that earnings from ad sales could top $500m, no matter how many people tune in.