Covid-19 provided challenges and inevitably had a negative impact on the TMT IPO (Tech, Media, & Telecom) market in the first half of 2020.

However, strong activity in the TMT IPO market in the second half of 2020 led to continued strong momentum as we enter 2021. As a result, the first quarter of 2021 saw a very strong IPO market, both in terms of the number of listings and amount raised.

The impact of the pandemic has strengthened the influence of several key themes as corporates and consumers accelerate their use of digital tools and platforms. The TMT themes that have gained greater prominence because of the pandemic are ecommerce, social media, and cloud. These themes have been associated with the most successful capital raisings in Q1 2021. 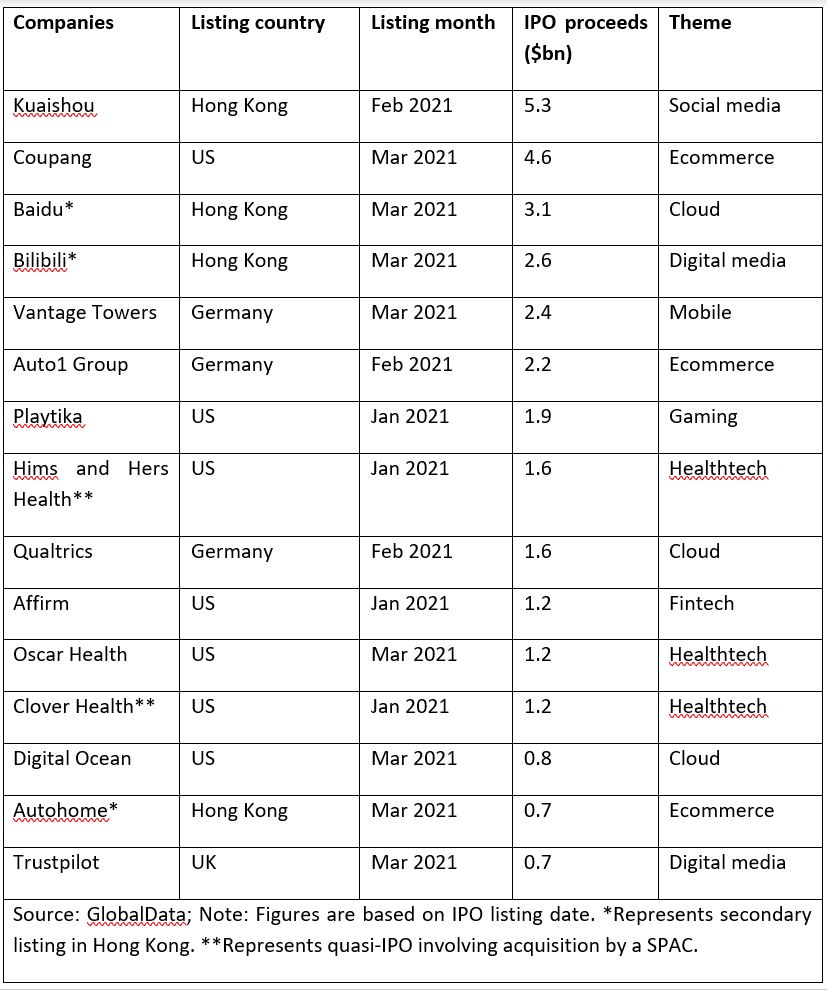 In the first quarter, more companies came to the public markets in non-traditional ways. In March 2021, Roblox, a gaming company, ditched the traditional IPO and made its public debut on the New York stock exchange via a direct listing. Direct listings, or direct placements, avoid the need for intermediaries such as investment banks, which typically charge underwriting fees of between 3% and 7%. Direct listings involve the sale of shares directly to the public, without any form of intermediary.

Special-purpose acquisition companies (SPACs) refer to shell corporations designed to take companies public without going through the traditional IPO process. Companies can merge with these shell corporations to have a less intrusive IPO process with fewer disclosure requirements. 2020 saw at least 25 TMT companies combine with SPACs to go public. The trend remained strong on Q1 2021. Healthtech companies Hims and Hers Health and Clover Health; and electric vehicles companies ChargePoint and Metromile merged with SPAC vehicle to go public.

TMT IPO outlook remains strong for the rest of 2021

The markets remain impacted by uncertainties including slower-than-expected vaccination programs, new waves of the pandemic. Geopolitical issues such as the US China trade war has already resulted in Chinese companies looking to the Hong Kong Stock Exchange for secondary listings. Despite these headwinds, the TMT IPO pipeline looks strong.