Twelve months ago, few could have predicted the disruption, uncertainty but also innovation that 2020 would bring. For those within the tech industry and outside it, the year has meant adapting to new ways of doing business, which has in turn seen technology take centre stage. For Verdict, 2020 has also been a landmark year, with the launch of our new digital magazine.

We take a look back at the issues that dominated the technology industry this year through some of the standout articles from Verdict Magazine.

Google and the Responsible AI Challenge 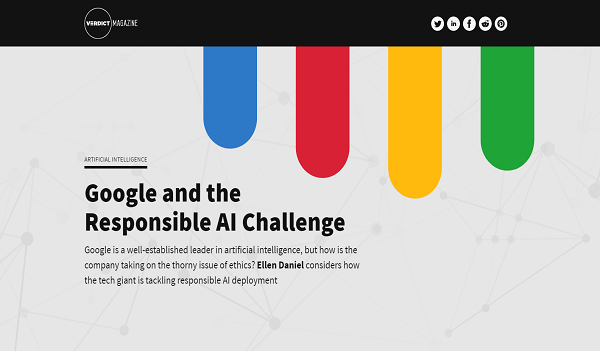 Google is a well-established leader in artificial intelligence, but how is the company taking on the thorny issue of ethics? We explore how the tech giant is tackling responsible AI deployment.

Think Like a Poker Player – Don’t Gamble With Your Cybersecurity 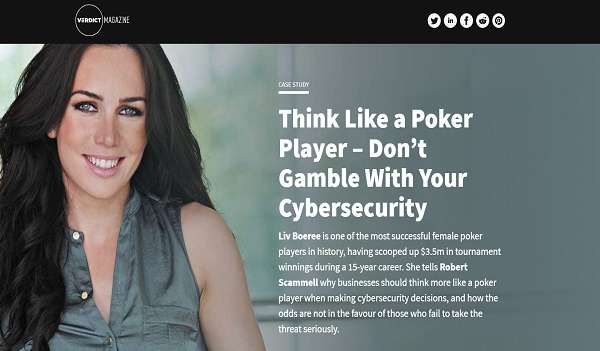 Liv Boeree is one of the most successful female poker players in history, having scooped up $3.5m in tournament winnings during a 15-year career. She explains why businesses should think more like a poker player when making cybersecurity decisions, and how the odds are not in the favour of those who fail to take the threat seriously. 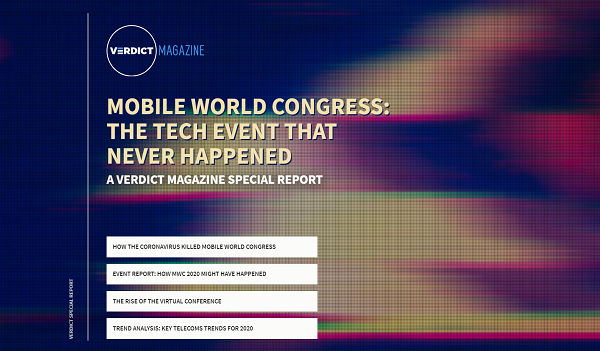 It took less than two weeks for the GSMA to go from firm reassurance that Mobile World Congress would go ahead, to calling the event off entirely due to the coronavirus. Verdict charts how mounting industry pressure led to such a dramatic turnaround.

How Karakuri Robots Are Bringing Hyper-Personalisation to Food 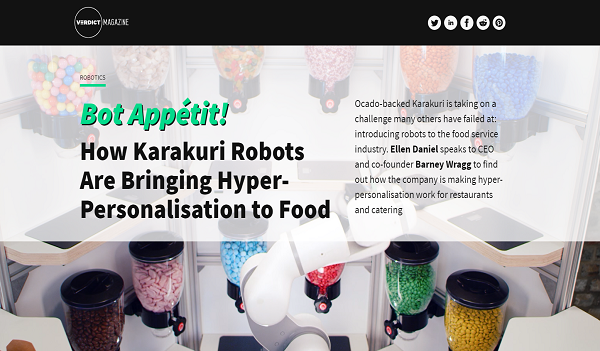 Ocado-backed Karakuri is taking on a challenge many others have failed at: introducing robots to the food service industry. Verdict speaks to CEO and co-founder Barney Wragg to find out how the company is making hyper-personalisation work for restaurants and catering.

How Coronavirus Forced Zoom to Grow Up Fast 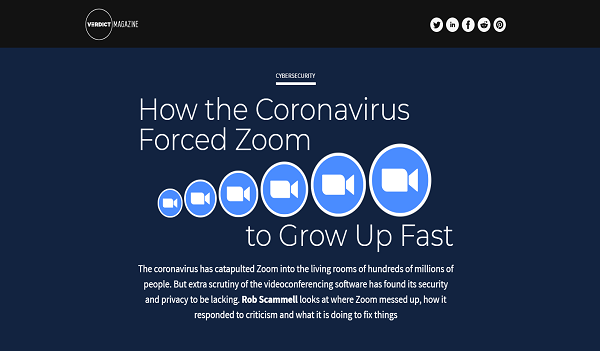 The coronavirus has catapulted Zoom into the living rooms of hundreds of millions of people. But extra scrutiny of the videoconferencing software has found its security and privacy to be lacking.

Neurosity: The Startup Bringing Mind-Controlled Computing to the Masses 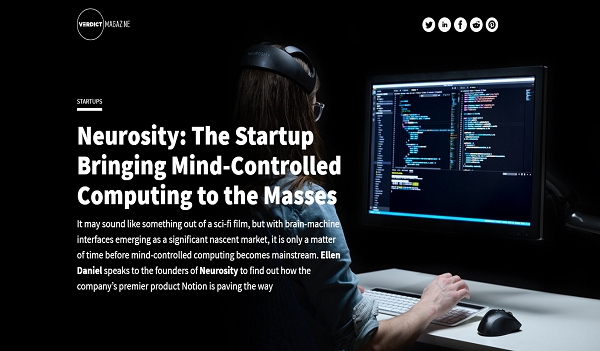 With brain-machine interfaces emerging as a significant nascent market, it is only a matter of time before mind-controlled computing becomes mainstream. Verdict speaks to the founders of Neurosity to find out how the company’s premier product Notion is paving the way.

Business and Technology in the Aftermath of Black Lives Matter 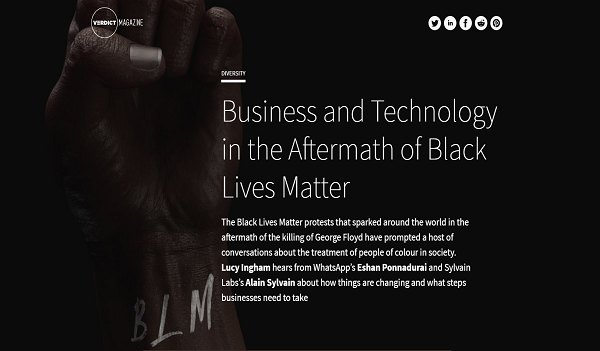 The Black Lives Matter protests that sparked around the world in the aftermath of the killing of George Floyd have prompted a host of conversations about the treatment of people of colour in society. Verdict hears from WhatsApp’s Eshan Ponnadurai and Sylvain Labs’s Alain Sylvain about how things are changing and what steps businesses need to take.

Slack’s Time to Shine: Can It Continue Its Success Post-Pandemic? 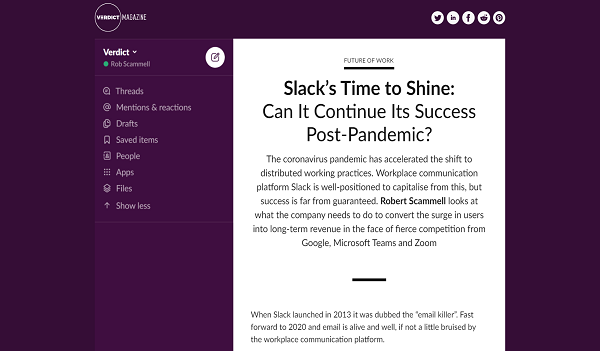 The coronavirus pandemic has accelerated the shift to distributed working practices. Workplace communication platform Slack is well-positioned to capitalise from this, but success is far from guaranteed. What does the company need to do to convert the surge in users into long-term revenue? 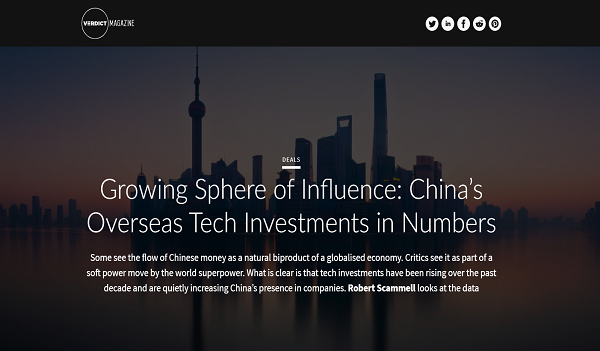 Some see the flow of Chinese money as a natural biproduct of a globalised economy. Critics see it as part of a soft power move by the world superpower. What is clear is that tech investments have been rising over the past decade and are quietly increasing China’s presence in companies. 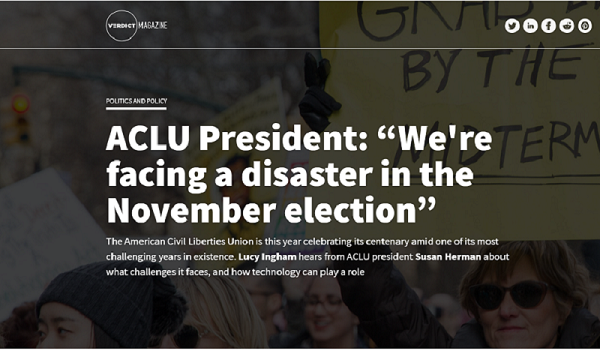 The American Civil Liberties Union is this year celebrating its centenary amid one of its most challenging years in existence. Verdict hears from ACLU president Susan Herman about what challenges it faces, and how technology can play a role.

Thriving On Disruption: Building A Startup During A Global Pandemic 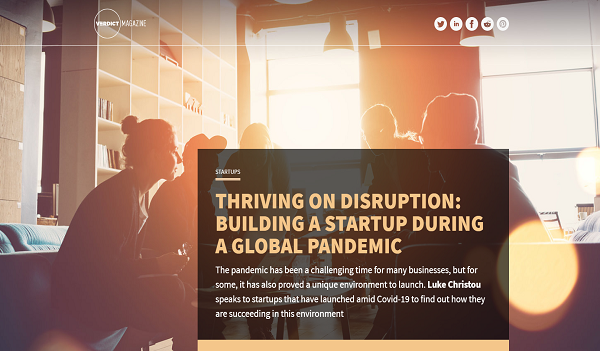 The pandemic has been a challenging time for many businesses, but for some, it has also proved a unique environment to launch. Verdict speaks to startups that have launched amid Covid-19 to find out how they are succeeding in this environment.

Could Covid-19 Be the Driving Force Behind Autonomous Vehicles? 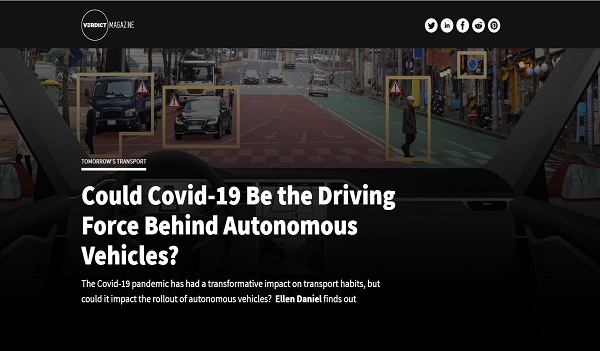 The Covid-19 pandemic has had a transformative impact on transport habits, but could it impact the rollout of autonomous vehicles?