Youthquake has fought off competition from Antifa, broflake and milkshake duck to be crowned the Oxford Dictionaries’ Word of the Year 2017.

Youthquake joins words like selfie, vape and the face with tears of joy emoji in earning the prestigious title. However, the decision has left many people stumped.

Youthquake – Definition: The violent shuddering realisation that you’re now so old you haven’t even heard of this year’s Oxford English Dictionary word of the year before.

Some have even questioned whether youthquake was actually a word before the Oxford Dictionaries’ announcement.

There are like no GIFs for #youthquake which says all you need to know about it.

Regardless, the new noun is here to stay.

The Oxford English Dictionary (OED) defines youthquake as “a significant cultural, political, or social change arising from the actions or influence of young people”.

The term originates from the 1960s. Coined by former Vogue editor Diana Vreeland, youthquake was a cultural movement that was born out of the rise of youth culture in 1960s London.  The movement involved pushing boundaries and challenging norms in music, fashion and pop culture.

The term has been used to describe youth challenging political and societal norms issues in recent years. According to the OED, usage increased by 400 percent from 2016 to 2017.

If you’re still unsure about the Oxford Dictionaries’ Word of the Year 2017, here are a few youthquake examples to help you get your head around it:

Youthquake has Jeremy Corbyn to thank for making it the OED Word of the Year. The Labour leader created a youthquake back in June that threw Theresa May’s Brexit plans into turmoil.

Likewise, Labour pledged to outlaw zero hour working contracts and unpaid internships, raise minimum wage and build millions of homes. His views on Brexit also aligned with the views of the vast majority of young people.

Unsurprisingly, a YouGov survey showed that 64 percent of under-30s voted for Labour, while older voters tended to vote for Conservatives. Just 23 percent of voters aged over 60 voted for Corbyn’s Labour.

The Conservatives had hoped to secure more seats, making it easier to pass Brexit-related matters through parliament.

However, as a result of young voters, Labour gained 30 seats, which has thrown a spanner in the works of their hard Brexit plans. 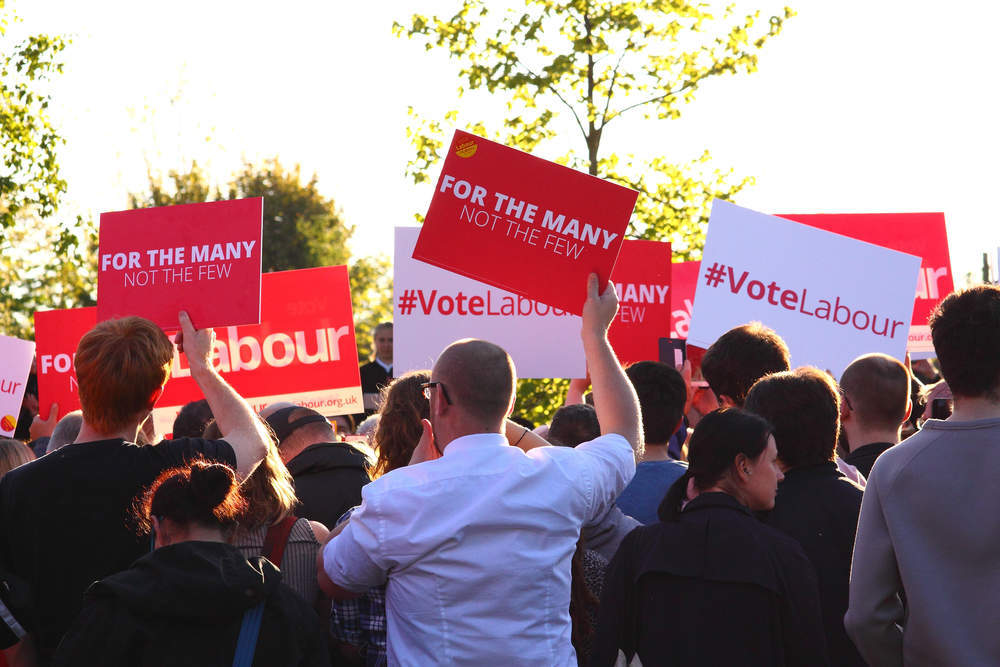 A youthquake is causing brands to rethink their marketing plans

Companies and brands have drastically changed their approach to marketing in recent years in an attempt to appeal to the young population.

The luxury fashion world has fallen in recent years. Young shoppers are opting for the fast, cheap fashion of high-street stores. However, brands such as Louis Vuitton have managed to continue to appeal to a younger audience via social media.

Likewise, luxury drink manufacturers scrambled to get in on the millennial pink drink craze this year, while the fashion industry has been moved by youth-backed movements such as gender neutrality.

A youthquake has altered Parliament’s opinion on student fees

Students in the UK have been protesting against University tuition fees since the Conservative-Liberal Democrat coalition government suggested removing the £3,290 annual cap on fees back in 2010.

A march against these plans was held in London the following month. An estimates 30,000-50,000 young people turned out in the capital to protest. Subsequent marches and protests have followed over the years.

While the government did end up raising university fees to £9,250-a-year, the political world has since taken note of the plight of students.

Jeremy Corbyn’s Labour strongly supports the abolition of student fees. Likewise, the Democratic Unionist Party, who helped Theresa May to prolong her stay in Number 10, recently voted against the Tories’ attempts to raise fees again, showing changing attitudes towards the issue in Parliament.