Facebook has announced several tools for users of the popular social media app and its sister site Instagram that are designed to combat social media addiction.

The move is the latest in a series of efforts by the company to curb negative press and user concerns that contributed to Facebook losing almost a fifth of its value following a recent financial report.

Social media addiction has been of particular concern of late, particularly following a report by BBC Panorama that found social media apps were being deliberately designed to encourage addictive behaviour.

Facebook, which says the new tools were developed with assistance from mental health experts, is likely to be hoping that the additions will allay fears surrounding the issue. However, whether users are convinced remains to be seen.

Offered through the respective apps, the tools include an activity dashboard that will allow users to see vital statistics around their use on Facebook and Instagram. These will include the average time and daily time spent on the social media sites over the previous seven days.

Users will also be given the ability to set up a limit on their social media use. When they reach their own pre-set limit the apps will remind them, although they will have the option of ignoring the notification and continuing to browse.

Finally, users will now be able to turn off all Facebook or Instagram notifications for a set period of time to prevent them from being pulled back into the app at inappropriate times.

“Today we are announcing new tools to help people manage their time on Facebook and Instagram: an activity dashboard, a daily reminder and a new way to limit notifications,” explaind Ameet Ranadive, Product Management Director at Instagram and David Ginsberg, Director of Research at Facebook in a joint statement about the launch.

“We want the time people spend on Facebook and Instagram to be intentional, positive and inspiring. Our hope is that these tools give people more control over the time they spend on our platforms and also foster conversations between parents and teens about the online habits that are right for them.” 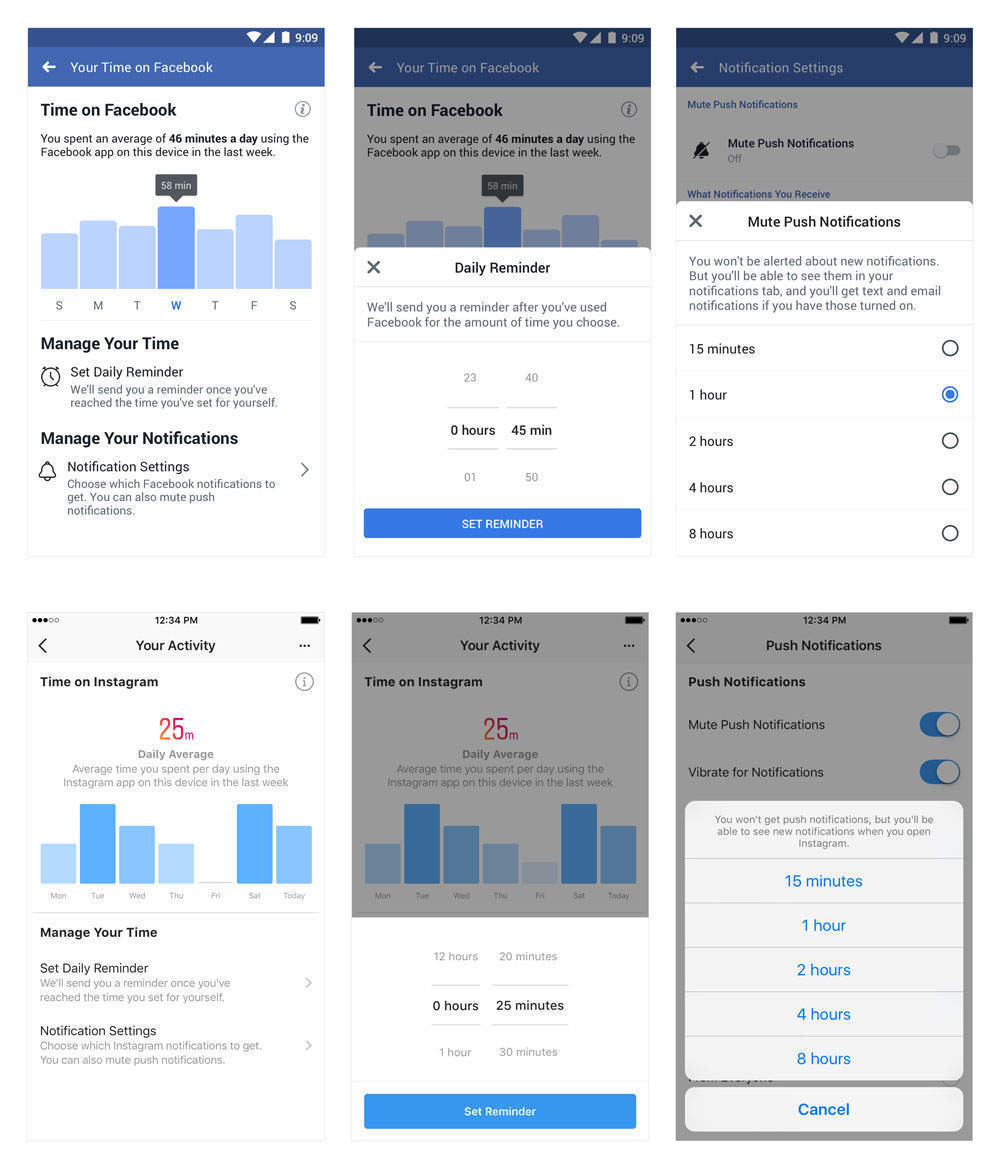