The release of Ready Player One, a Steven Spielberg flick in which humanity uses fully immersive virtual reality to escape from real life, has us dreaming of the future.  And yet, that future is already here.

Last week I entered the Void and for 15 minutes I was a member of the rebellion, fighting off hordes of Stormtroopers inside the Star Wars universe.

I was in a shopping centre in the heart of London. At the same time I was also on the volcanic hellhole that is Mustafar, an alien planet where just about everything is out to get you. It’s a surreal experience and one that is difficult to appreciate without trying it yourself.

I have tried out plenty of VR experiences over the past few months, from a virtual reality arcade to an inter-pub VR tournament, but the Void is like nothing that I’ve experienced so far.

Inside the Void VR

Those that have tried out virtual reality usually have the same complaints. Anything more than moderate movement while in VR usually results in motion sickness.

Tracking issues that cause the scene to jump around or renders objects unreachable frequently breaks immersion too. These issues are ultimately holding VR back.

However, the Void provides a fix. Coined as hyper-reality, each experience is built around a set. Players carry the PC that is powering the system on their backs. This allows free movement around the set in the same way that you would move around outside of VR.

Players can open doors, pick up objects and touch the world around them.

Too engrossed in the world around me, I didn’t think to lift my headset to find out how it worked.

However, your whole body, fingers included, are tracked perfectly without the need to hold a controller. It sounds like a minor thing, but this was one of the most impressive parts of the experience for me. Having controllers in your hands, as most VR experiences require, often breaks immersion. Having free use of my hands really allowed me to get lost in the experience. 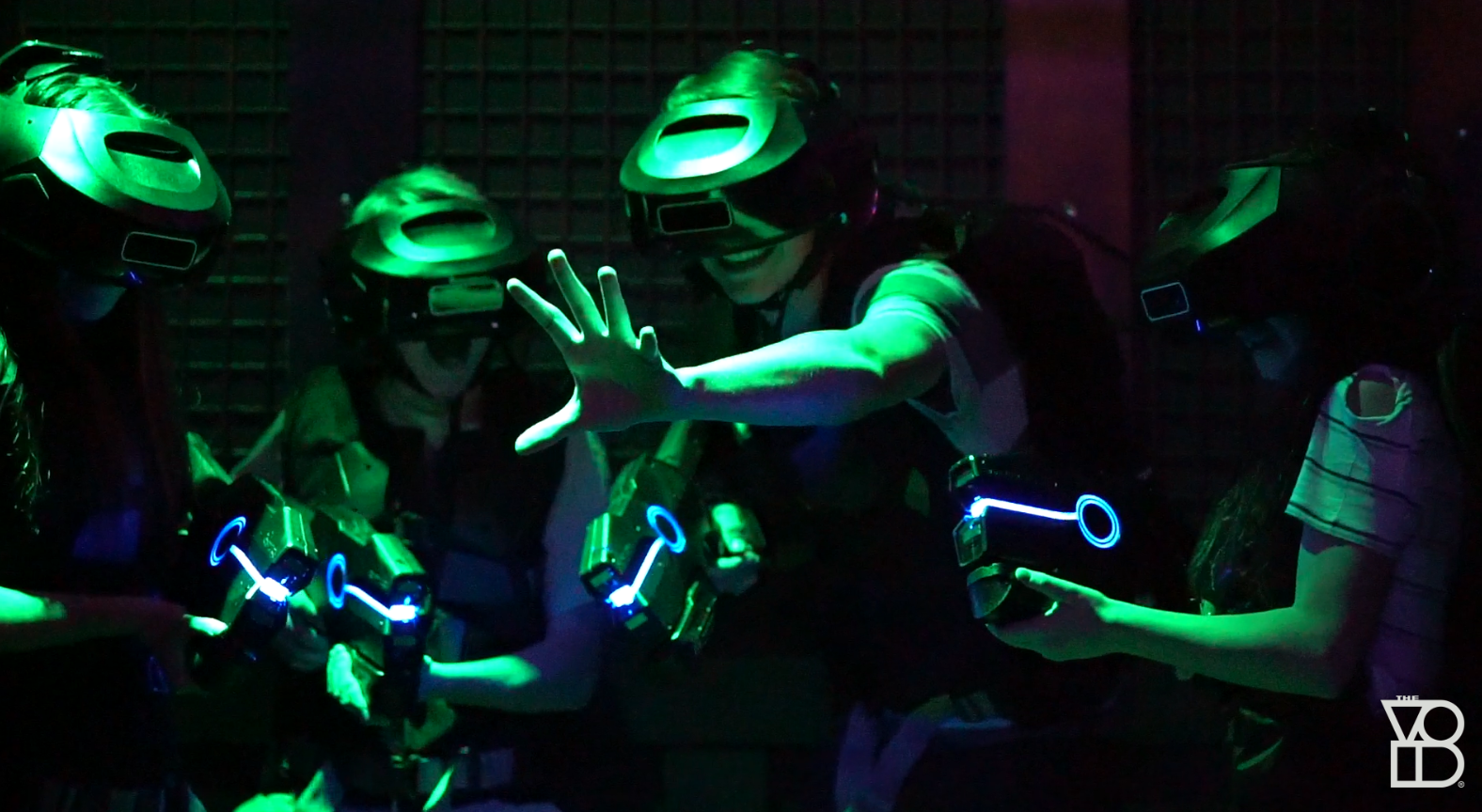 It’s difficult to get used to the fact that what is there is actually there, having trained myself to remember that things generally aren’t in VR. Anyone that has experienced VR will have attempted to reach out and grab something inside a game at least once, only to realise that virtual items are, in fact, virtual.

Prompted to sit down as our spaceship entered warp speed, I half expected the virtual seat to be virtual too, leaving me in a heap on the floor. Yet, by the end of the experience I was bounding through doorways without reaching out to make sure that I wasn’t about to walk blindly into a wall.

The visual experience is heightened by the haptic vests that players must wear. Getting shot with a laser gun and actually feeling it hit you really helps to put you in the game. The vests, with the system attached, are a little heavy, but so too is a Stormtrooper uniform, I imagine.

As somebody that isn’t particularly fond of heights, especially when they involve potentially falling to a painful death, Star Wars: Secrets of the Empire wasn’t always exactly fun. I must admit, my knees nearly gave way more than once as we floated through the sky on a narrow platform with nothing to stop us from falling overboard. Crossing walkways between ships was another nerve-wracking experience. However, given that there was actually solid ground on either side of me, this shows just how well it delivers. 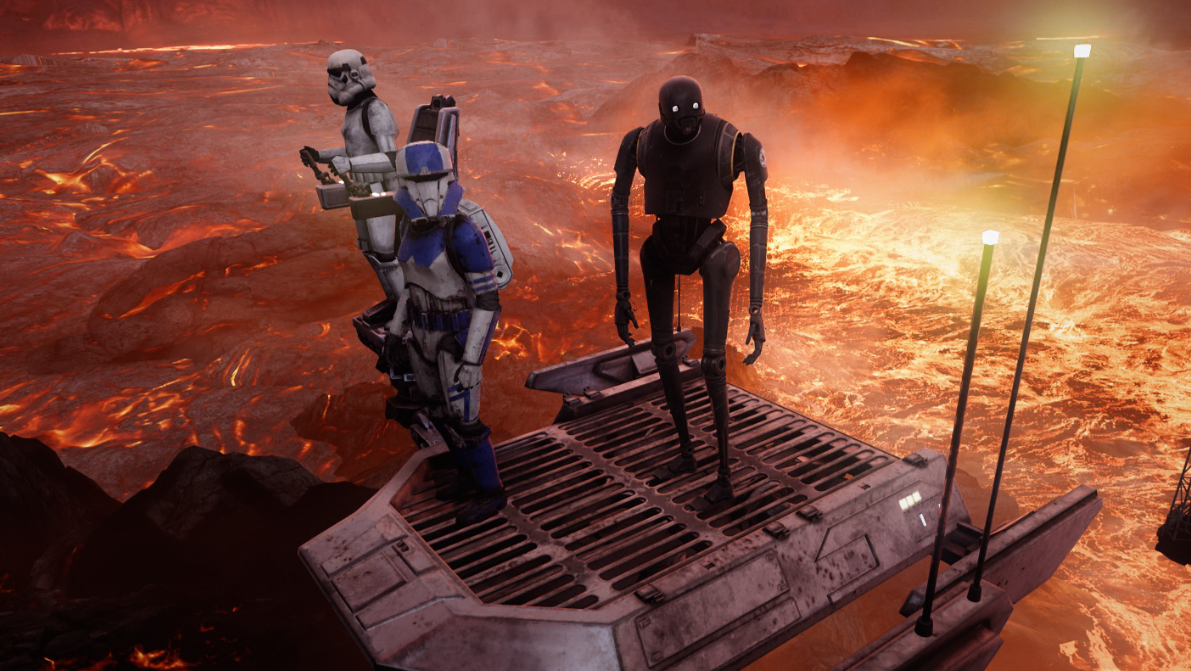 The Void promises unmatched realism and it provides it like no other virtual reality experience.

Lasting approximately 15 minutes, it was a short experience. Costing at least £1.33 a minute, I probably wouldn’t have paid for the experience prior to trying it. But as soon as I stepped out of The Void I was left wanting more.

I won’t be flying to the United States to try out the Ghostbusters experience at Madame Tussauds New York, but it is a thought that crossed my mind.

Star Wars: Secrets of the Empire 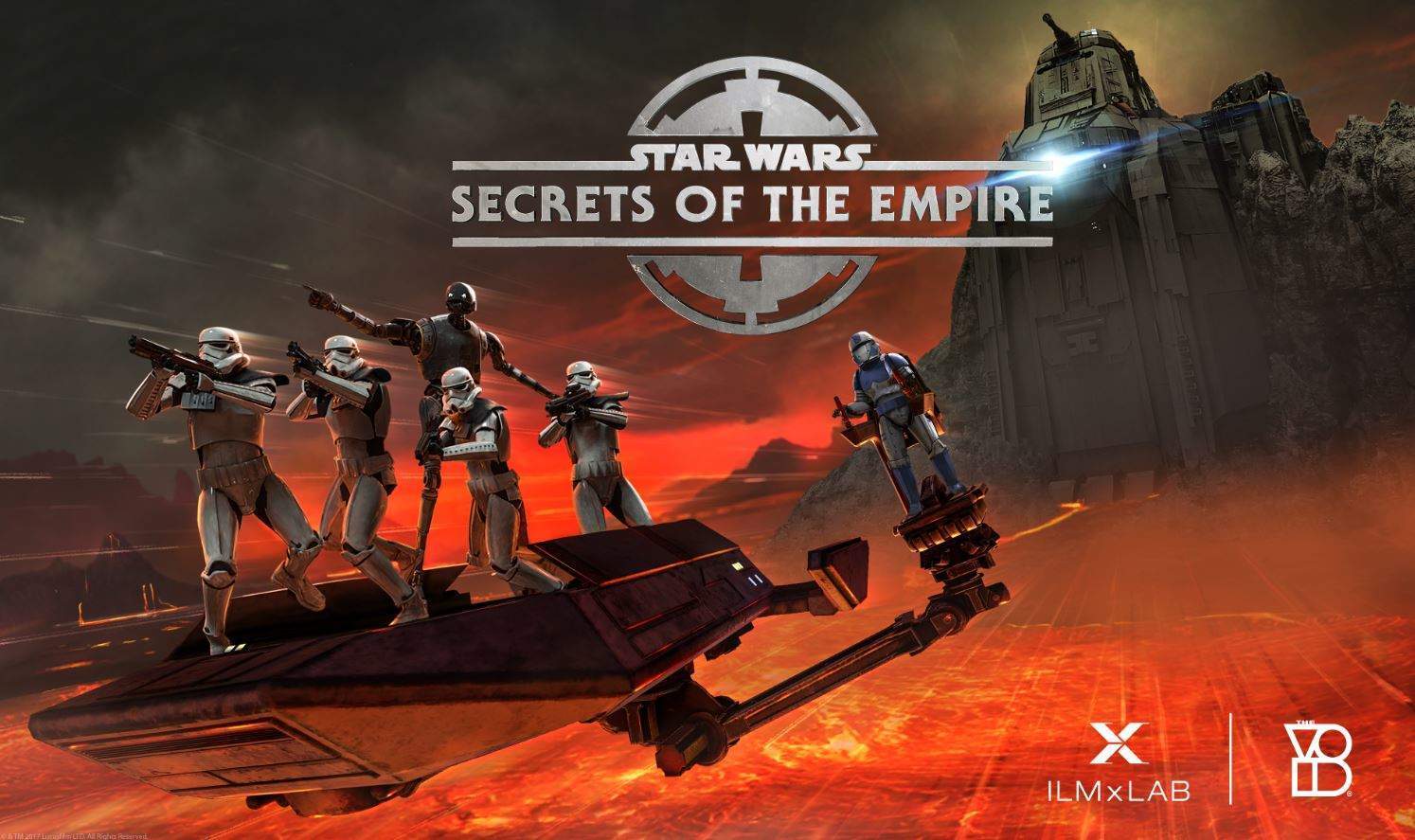 Created with Lucasfilm’s immersive entertainment division, ILMxLAB, the Void transports teams of four to a galaxy far, far away.

Players are tasked with getting their hands on Imperial intelligence that will ensure the rebellion’s survival. They must work together to make their way through a Galactic ship, fighting off enemies and solving puzzles to move the story along.

We won’t give too much away. However, you will come face-to-face with some of the most iconic characters from the Star Wars universe.

The experience is currently available at cities across the United States. There are venues in Anaheim, California, Las Vegas, Nevada, and Orlando, Florida. The experience is also currently running at Westfield Stratford City shopping centre in London, England.

Tickets are available for £20 on weekdays and £35 on weekends through the official website.

The Void also has a second game, Ghostbusters, at locations in New York, Toronto, Dubai and Lindon, Utah.