Travel basically anywhere in the world recently and you’ll probably stumble across a film festival.

London, Venice, Burbank, Toronto and New York film festivals are just a handful of the ones we’ve covered so far. And, well, another day, another film festival. Zurich Film Festival began at the end of September and its still running.

As usual, ZFF claims to be the festival for promising new filmmakers from around the world. However, more interestingly, it also claims to be the number one platform for films in the German-speaking market. As ever though, there are plenty of international filmmakers their trading their wares.

We’ve rounded up all the need to know information about the festival, from where to buy tickets to who is speaking. There’s lots of ground to cover so let’s hop right into it!

The Zurich Film Festival 2017 takes place between 28 September and 8 October.

ZFF takes place right across Zurich, Switzerland. The following venues will be playing host to the screenings at the festival:

How do I buy tickets?

Tickets can be purchased through the official website. Just go through the programme select the film you want to watch and click ‘buy tickets’. Easy peasy. However, many of the films have, unfortunately, already sold out. Then again, that might not necessarily be the end of the world. Purchasing any returned tickets for sold-out screenings is potentially possible 15 minutes prior to showtime! You do this by contacting staff at the ticket desk in the Festival Centre.

You can also buy tickets at the following venues providing they aren’t sold out: 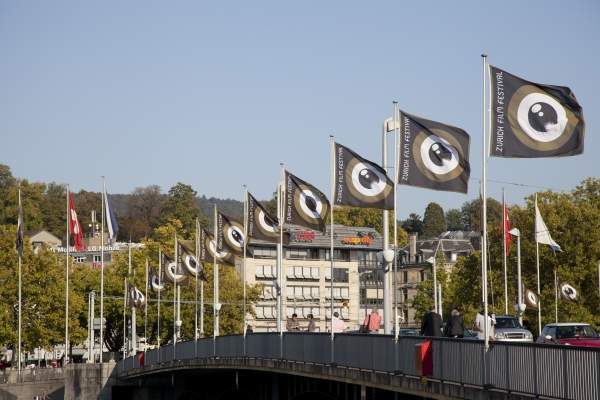 How much do tickets cost?

Tickets cost different prices depending when you’ll be viewing the films. The prices are as follows:

Are there any experts speaking at the festival?

Yes there are! As you’d expect, there are several talks and screenings with filmmakers and renowned actors. Glenn Close, Al Gore, and upcoming-Tomb Raider star Alicia Vikander are just a few of the big names appearing at the festival. Here’s the full list of major speakers, all speaking at Filmpodium:

What else is there to do (aside from watching films)?

After covering films, stars, talks, and panel discussions, and we’ve barely scratched the surface. There’s still more stuff going on that we haven’t got to yet!

First of all, there’s the International Film Music Competition. 189 composers from 38 countries took part in this year’s competition to score for symphony orchestra Erhan Yürük’s five-minute short film Tamah. The five best will perform their pieces, before judges crown a winner. The second half of the evening will see the Tonhalle Orchestra, conducted by Frank Strobel, and the incredible singer Tertia Botha, perform soundtrack highlights from the James Bond films.

There’s also a series of VR short films. The films are being shown at Flux Laboratory in collaboration with ZFF are in sets. Firstly, there’s the 360 degree documentary series, Real World. Then there’s the realistic drama series, Family Affairs. And finally there’s Beyond Reality a series which will take viewers underwater, to outer space, and into mystical worlds using VR. All the films series mentioned are free, however, one must pick up tickets from the Festival Center. The VR experiences will be available every day throughout the festival except 4 October.

Furthermore, there’s a range of after-parties and side events from parties to ‘movie cruises’ which can all be found here.

In conclusion, there’s plenty to see and do at this year’s Zurich Film Festival, so if you find yourself in Switzerland, why not head down?

Topics in this article: Film Festival